To Have a Home 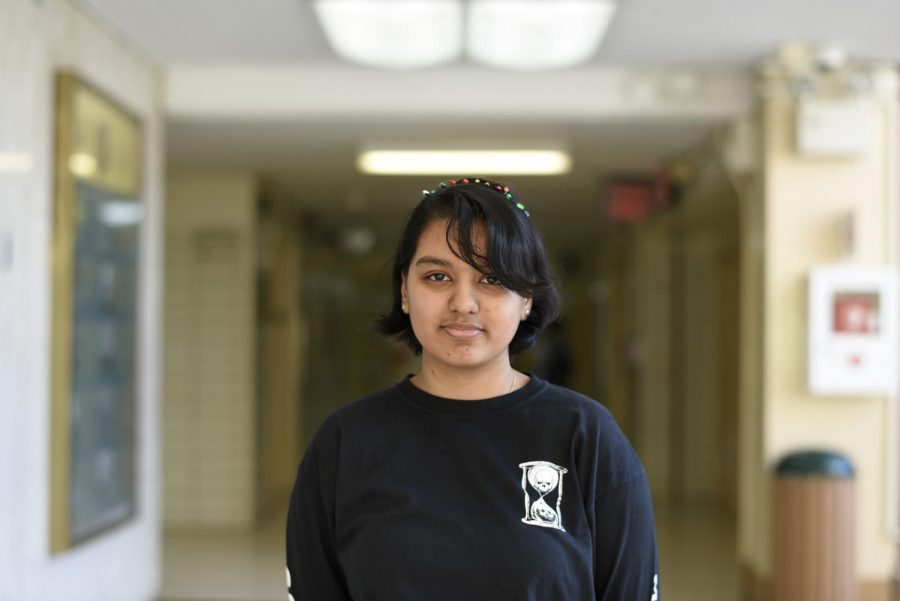 With homelessness rapidly rising in New York, students like Subha Laskar ’20 take initiative in finding ways to combat the issue. “After researching the homelessness problem, I realized that we need to do something about it. If we put in enough work and resources, more people will have homes,” said Laskar.

While the meaning of a home varies per individual, we can all agree that every person deserves a place to call home. For over 114,000 students in New York City, however, this prospect seems distant.

In a recent article by The New York Times, reporter Eliza Shapiro and photographer Brittainy Newman followed the lives of two homeless students in New York City. They detailed the daily schedules of eight year-old Darnell and ten year-old Sandivel, shedding light onto the struggles of homelessness among students. Despite their young age, both children have learned to ration resources and accommodate to cramped living situations, all for the sake of family. They cut down on food and luxury expenditures, rarely treating themselves and relying on the bare minimum to survive. In addition to financial and housing struggles, both students attend school daily and work hard towards good grades.

This hectic style of living is common among New York City’s homeless student population, and unfortunately, more and more students are becoming trapped in this lifestyle. The rate of homeless students has increased by 70% over the past decade, a terrifying number that continues to grow. Many students are quick to express their opinions about a glaring issue that the public cannot ignore. “Homelessness is obviously a rampant problem, and change needs to occur immediately,” said Mahjabin Musa ’20. “People are suffering every day, yet the state hasn’t done much to combat it.”

Musa isn’t the first student to criticize the lack of action taken by the government. “It’s disappointing that one of the largest cities in the United States fails to keep their people happy and flourishing,” said Kevin Lama ’20. “It’s irrational for New York City to place tremendous pressure on homeless students, especially by expecting them to thrive in school and balance their mental health with their circumstances. It’s even worse when the government does little to help them improve in these areas.”

These criticisms don’t completely fall on deaf ears. Many organizations work endlessly to attract Congress’ attention and aid the homeless. The National Alliance to End Homelessness is one of the largest organizations that remains at the forefront of change. It aims to gather enough support from the House and Senate to increase government spending on homeless aid. The organization, according to their website, strongly advocates for Congress to “invest in proven solutions to homelessness by providing at least $3 billion for Homeless Assistance in 2020… [This] would end homelessness for 70,000 additional households.” Reaching this goal would be a tremendous stride forward against the homelessness issue, with thousands of families receiving the help they deserve.

While organizations such as The National Alliance advocate for a change in federal policy, Bronx Science students propose their own solutions to ease difficulties among the homeless. “The mayor and people in the government should stop spending money on jails and such and begin putting more money towards social workers and affordable housing,” said Subha Laskar ’20. Researching the issue on her own, Laskar read multiple studies stating that many people on the streets develop mental illnesses, which is a reason most of them live on the streets despite homeless shelters being available. “We need more social workers who can properly handle these people and give them the physical and mental assistance they require.”

Some students focus on the shortcomings of homeless shelters rather than the prominence of mental illness among the homeless. “The shelters need a lot of reform. They need more funding to provide enough resources and improve the quality of life for families who live under them,” said Madina Monowara ’20. “Basic needs such as food and hygiene should be the absolute minimum, but all families deserve more. The government should take initiative in this situation.”

With a situation of this magnitude, it is difficult to create a solution which would be maintainable and effective in the future. If implemented, the solutions suggested by Laskar and Monowara would greatly help the homeless, but millions of dollars are needed to enact these changes. In my opinion, the most efficient method to remedy homelessness is the approach of The National Alliance to End Homelessness. Congress must invest at least $3 billion into social workers and shelters to provide the many homeless families with the assistance they need. While it is a large amount of money, all of it is necessary in order to afford the services of workers and to stock shelters with a stable food and clothing supply. If many people begin pushing for legislation to alleviate homelessness, positive change is inevitable.

So, what does it mean to have a home? The sooner change begins, the sooner the answer is revealed.