How To Get Away With Murder 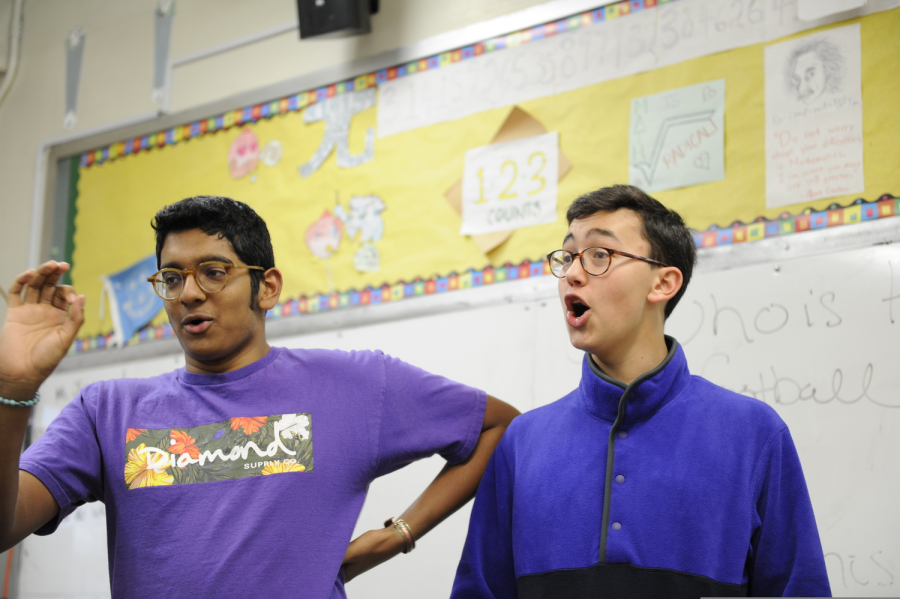 Congressional Debate Captains Arjun Mazumdar '19 and Jonathan Bar-On '20, respectively, both agree that Trump’s presidential pardons have gone too far. “Trump’s pardons set a dangerous precedent that future administrations need not be beholden to the law, but rather can use the law as a tool to shape society as they wish,” Mazumdar ’19 said.

In July of 2012, nearly two dozen American soldiers were on patrol in a valley in Southern Afghanistan when a motorcycle sped toward the Taliban stronghold they were in. American commanders ordered the motorcycle to stop, but it continued to speed along. When the motorcycle neared 200 yards away from the soldiers, First Lt. Clint Lorance, leader of the army platoon, snapped. Over the objections of his fellow soldiers, Lieutenant Lorance ordered his men to fire at the motorcycle.

At first, no soldiers fired their weapons. As Staff Sgt. Daniel Williams recalled in an interview with The New York Times, the soldiers saw “no threat from those guys whatsoever.” The motorcycle was still two football fields away from the soldiers, its riders did not appear armed, and it could not reach the area of the grapefield that the soldiers were in. Firing at the motorcycle, in Williams’ view, would be “straight murder.”

Lieutenant Lorance, though, was not satisfied with the soldiers’ inactivity. “Why isn’t anyone firing yet?” he asked the men he commanded. Finally, the silence was broken as a Private fired two shots at the motorcycle, missing it. The men on the motorcycle got off and stood up, unaware of the origin of the shots. When his own soldiers did not take action, Lorance quickly radioed a nearby truck with a machine gun and ordered the soldiers inside to fire at the men by the motorcycle. Lorance’s platoon watched through their long-distance cameras as two bursts of gunfire took down the motorcycle driver and an older man standing next to him. They were both pronounced dead moments later.

The soldiers in Lorance’s platoon were floored, unable to comprehend what had occurred. “What the hell just happened?” Sergeant Williams asked over the radio. As military medics made their way to the men that Lorance found threatening, they found only a pair of scissors, identification card, some pens, and three cucumbers in their belongings.

Women and children came out of the village toward the bodies crying, identifying them as friends or family members. Lorance, however, was not moved. “If anyone tries to touch the bodies, shoot them,” Lorance told the members of his platoon, according to a specialist’s testimony.

Lieutenant Lorance, aware of the grave nature of what had occurred under his orders, quickly attempted to save face, telling commanders that the villagers carried away the bodies before they could be identified or examined. That day, members of his platoon reported him for his falsified report. Nine of his men testified against him in his military trial.

The events would continue to cast a shadow over the lives of the platoon members for years to come. Some reported trouble sleeping from their anger and regret, others testified that the event tore apart the platoon’s close bonds, and another reported checking into a clinic for post-traumatic stress disorder as he could not stop reliving his disturbing memories from the day Lieutenant Lorance ordered the platoon to shoot at the motorcycle.

Lieutenant Lorance’s lawyers did not dispute the accounts of his fellow servicemen, instead arguing that the fog of war in an area where enemy fighters were prevalent excused his actions. Lt. Lorance himself did not testify at his trial, but took “full responsibility” for the actions of him and his men during the sentencing phase explaining that such actions were “an attempt to establish common ground with the battle-hardened troopers of the new platoon.” At twenty-eight years old in August of 2013, a military jury convicted Lorance of second-degree murder, giving him a sentence of nineteen years in prison.

Lorance’s trial, though, would not be the end of his legal saga. Conservative commentators strongly advocated on behalf of Lorance, and other American service members convicted of war crimes, arguing that their actions could not be faulted as they simply acting on their training in their best effort to protect their country and fellow service members. President Donald Trump proved sympathetic to these arguments, issuing full pardons on November 15th, 2019 for Lawrence and two other military service members alleged to have committed war crimes, in spite of the objections of his senior advisors and the Pentagon.

The other two service members are Major Matthew Golsteyn, who admitted to killing a man accused of being a Taliban bombmaker when American special forces decided to free him according to their protocol, and Navy SEAL Edward Gallagher, who was accused by members of his platoon of strangling an ISIS fighter in captivity and shooting an unarmed man and young girl who did not pose an immediate risk to his soldiers. Gallagher was ultimately acquitted of war crimes in a complicated trial that involved members of his platoon backing away from some of their testimony under cross examination, but Gallagher was still dishonorably discharged of his rank and convicted on lesser charges of illegally taking photos with the head of the strangled ISIS fighter, texting friends back home, “good story behind this, got him with my hunting knife.”

While these pardons may seem like narrow injustices, they are in fact a symptom of a larger problem with how President Trump intervenes in the justice system. “Presidential pardons are supposed to be used exceedingly rarely, exclusively in instances where extenuating circumstances have prevented the justice system from remedying gross miscarriages of justice,” said Arjun Mazumdar ’19. A case along these lines was made by the White House’s official communication staff in justifying Trump’s pardons, arguing that the trials of the service members President Trump pardoned were somehow “rigged.” Trump, himself, however, has strayed away from his administration’s official justification, casting a dark shadow over the integrity of the military’s justice system. As the president wrote on Twitter, his pardons were more about the way he viewed conduct during war than any individual case, commenting that “We train our boys to be killing machines, then prosecute them when they kill!”

President Trump’s view of military justice sets a wholly dangerous precedent for the continuation of American exceptionalism and the endurance of the international humanitarian consensus which has governed war time since the Geneva Conventions first laid out standards of unacceptable conduct in the aftermath of World War Two. In Trump’s misguided view, there is no moral or legal difference between the American military’s slaughter of combatants or civilians. In his view, a soldier is in the right so long as they are “protecting” their platoon, regardless of how real or imminent that threat is. The murder of innocent civilians, in Trump’s perspective, is not a call for outrage but an inevitable result of soldiers acting on their training. “President Trump has used pardons as a political tool, betraying the rule of law and endangering the sanctity of the justice system and its ability to ensure finality in the face of controversy,” said Jonathan Bar-On ’20.

Fundamentally, Trump’s pardons show that he believes that war crimes aren’t crimes at all. He’s proven that he is willing to use his executive power to enforce this view rather than that of the justice system, setting a precedent that isolates America from its allies, emboldens its enemies, and leaves innocent civilians in danger.
While these pardons may seem like narrow injustices, they are in fact a symptom of a larger problem with how President Trump intervenes in the justice system.