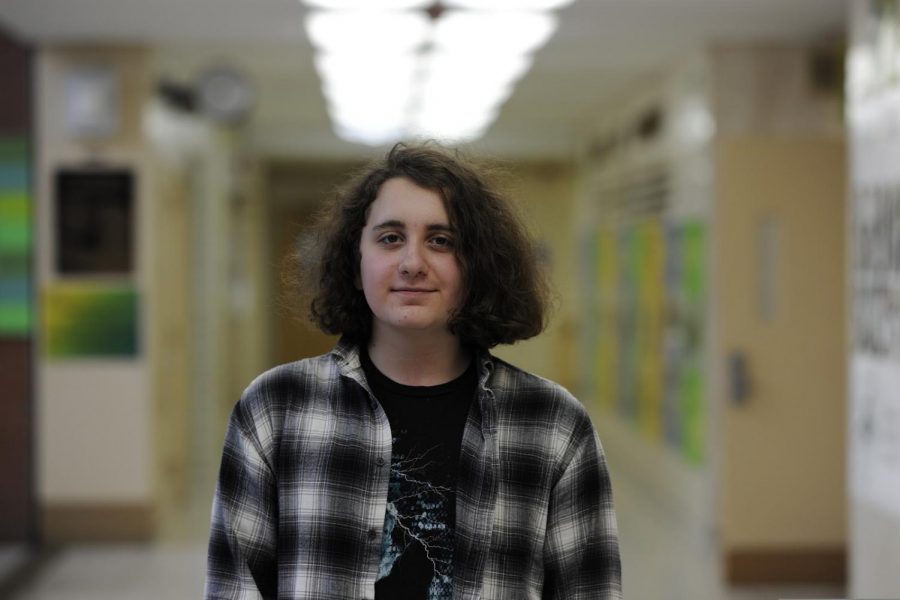 Scott Ernsberger ’21 has strong opinions regarding the ‘Okay Boomer’ slur.

The older and younger generations have always been at each other’s throats, quarrelling with current events and the changes in culture over the decades. Generational debates have been sprawled throughout various social media platforms, particularly Facebook, Twitter, Youtube, and even the highly scrutinized TikTok. However, no matter the platform, the outcome is typically the same: the elders are not receptive to the changing ideas of the youth. The older generation is out of touch and adamant in their opinions.

So the question begs: how has the usage of “Okay, Boomer” become so widespread? How has it become such a meme amongst the younger generations?

Although the exact origin of the phrase is unknown, some of its earliest modern usages have been documented on the popular informational website Know Your Meme. An anonymous user on 4chan, dated on September 3rd of 2015, posted “Lol ok boomer :)” as a retort on a redacted forum. It first appeared on Reddit on October 26, 2017 by u/Writerhaha, with Twitter joining the gang on April 12th of 2018 from user @ClickToAddName. Besides those rare instances, the usage of “Okay, boomer” was not commonplace or mainstream just yet.

That was, until mid January 2019, when a TikTok featured an aloof teenager replying “Okay, boomer” to a middle aged man claiming that the younger generations had Peter Pan syndrome and refused to grow up. After that, many TikToks featuring the infamous phrase emerged from the app. People began using the saying frequently, often against older generations who seemed to mindlessly criticize younger generations.

The phrase would reach the peak of its popularity when Bob Lonsberry, a conservative New York talk show host, felt personally attacked by the “Okay boomer” wave. In a now deleted tweet on Twitter, Lonsberry let the world know that he believed “boomer” was an ageist slur, writing, “‘Boomer is the [slur] of ageism. Being hip and flip does not make bigotry ok, nor is it a derisive epithet acceptable because it is new.” According to Lonsberry, boomer is a slur.

To Lonsberry, it is just another version of one of the most vile slurs ever created in history, but that really isn’t the case. Boomer, believe it or not, is, in fact, not a slur. The term is the shortened version of “baby boomer,” which is, as verified Twitter user @Dictionarycom of Dictionary.com publicly retweeted, “an informal noun referring to a person born during the baby boom, especially in the U.S. between 1946 and 1965.” The Merriam-Webster dictionary further simplifies the definition, stating only, “a person born during a baby boom.” Frankly, it is safe to say that boomer is not a slur, nor does it mean to have any offensive connotations to the extent of racial slurs – it is just a word to describe a person born in a certain generation.

Since the emergence of the debate over the offensiveness of “boomer,” many millenials and Gen-Zers have continued to use the phrase frequently in their daily lives, dismissing the complaints of the baby boomers, as the result of a self-victimizing generation.

Even rare users of the widespread phrase understand the usage of it and why it has become so popular, acknowledging the lightheartedness of it but also its underlying meaning. “It’s like making a television joke and looking to the camera, except there is no camera and its just really awkward. It’s in good fun. Our elders like to rip on us a lot. The ‘millennials have Peter Pan syndrome’ gets referenced a lot,” reflects Rohan Mehta ’21, an infrequent user of the phrase. “It’s not a provocateur of a generation war, but just like an inside joke for gen-Z’ers to bond over things they commonly hear from parents or grandparents who ‘just don’t get it’,” said Mehta.

Both frequent and infrequent users of the phrase agree that Boomer is not and never was a slur. The phrase has built generational solidarity because it allows younger generations to easily dismiss baby boomers’ criticisms of them. Comparing the term “boomer” to other vile slurs on a public platform was both a mistake and an exaggeration, and as comedian John Mulaney perfectly puts it: “If you’re comparing the badness of two words, and you won’t even say one of them? That’s the worse word.”