Where’s the Humanities In Science? 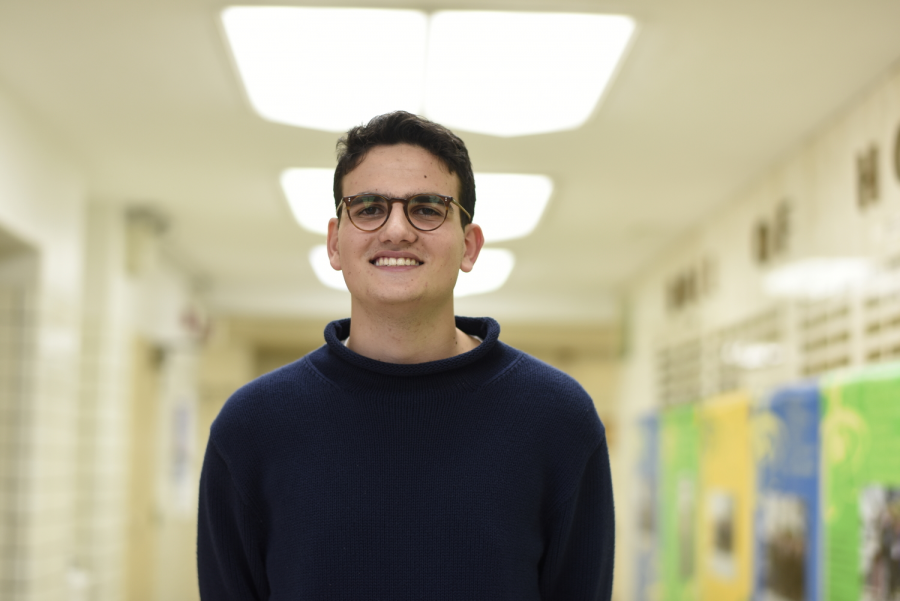 “You have complete autonomy to be involved with what you choose at Bronx Science, and I don’t think it’s right to be mad at those who choose to do it,” said Adam Osman-Krinsky ’21.

Ranked the 4th best STEM high school in the nation by Newsweek. Produced eight Nobel laureates and six Pulitzer Prize winners. The doors gleam green and gold, as they welcome the next future computer scientists, aerospace engineers, private equity investors each year. This is the Bronx High School of Science, one of nine specialized high schools in New York City.

As a first generation Asian-American, I knew how lucky I was to walk the path of success, of opportunity, of prestige. But as a senior, nearing the end of my chapter here, there are two things that I wish I knew before coming here.

Granted, I should have known this solely by the name, but as a naive 13-year-old brimming with excitement at the prospect of making my parents proud, I looked the other way. My line of vision was distracted by the way facial expressions shifted from indifference to admiration as my Wolverine hoodie hung proudly over my shoulders, or the way strangers recalculated their first impressions of me– now I was the smart Asian. It was satisfying, to say the least.

But just like opening my first acceptance letter from Emerson College, a small liberal arts school in Boston, my excitement was short-lived. Don’t get me wrong, it was thrilling to have my efforts validated by getting into a college that would propel me into a bright future. But this euphoric, magical, wonderful feeling lasted for just about 15 seconds. Because in that 16th second, all I felt was disappointment–not in my college, not in my major, but in myself. I hesitated to tell my teachers, my friends, even my family the news because I was unprepared to admit that I was majoring in what is widely regarded as a “useless major”– journalism. I was disappointed that I let my fear of expectations consume me. Luckily, my three years in the theatre department came in handy as I plastered an overzealous smile and spoke with overly-enunciated, rehearsed pride, something that I wish came naturally.

In an interview with Mr. Arora, Assistant Principal of the Mathematics Department, I ask how balanced he believes the scale is between humanities and STEM. “People come to Bronx Science expecting to have an excellent STEM education.” But as 13-14 year-olds, how do we know what we want to study? Or what we want to major in? As someone who ranked Stuyvesant first on the SHSAT, I certainly didn’t.

Now, it would be unfair to say that my education isn’t exceptional or extraordinary. Or that having this school’s name under my belt doesn’t mean I am provided with resources and opportunities unlike any other school–I am. After all, through the teachers I’ve met, courses I’ve taken, and experiences I’ve had, I was taught to be vocal, to fight for what I believe in, to be direct. So in using what I’ve learned, I’m sharing my second epiphany.

2) You have to be somebody.

Simply put, you have something to prove. There are two types of students here. You’re either the sleep-deprived student, loaded with AP classes and large amounts of homework, or the leader of every club ever created in the history of Bronx Science.
As a first generation Asian-American, I knew how lucky I was to walk the path of success, of opportunity, of prestige.