It wasn’t the NYCDOE’s place to endorse the student-led demonstration. 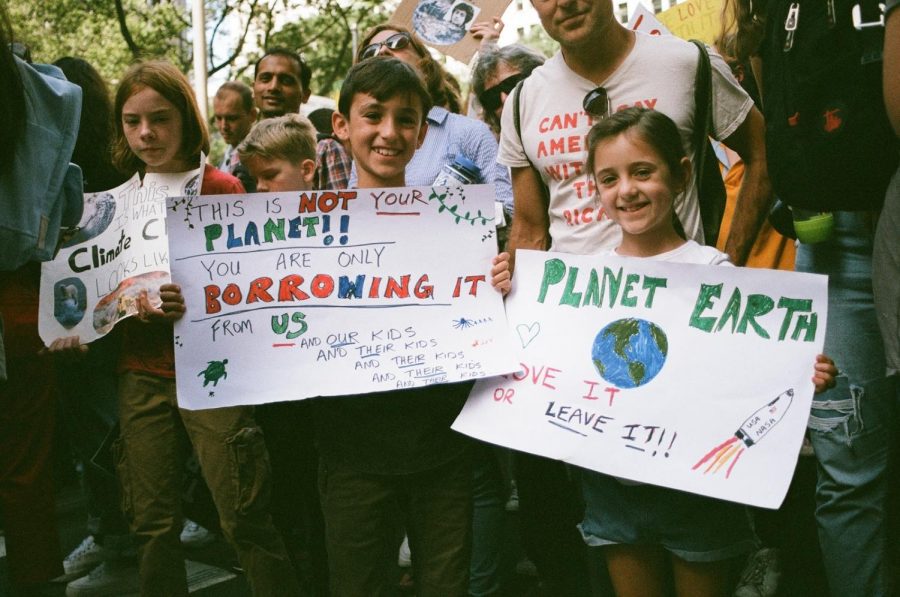 Children skip school with the DOE’s encouragements to protest for their futures at the NYC Climate Strike.

On September 12, 2019, at 9:32 AM, the Mayor, on behalf of NYCSchools, tweeted, “New York City stands with our young people. They’re our conscience. We support the 9/20 #ClimateStrike.” The NYC Department of Education followed up by writing, “We applaud our students when they raise their voices in a safe and respectful manner on issues that matter to them. Young people around the world are joining the #ClimateStrike this week—showing that student action will lead us forward.”

Mayor de Blasio and the Deparment of Education overstepped their authority by publicly supporting the strike. At best, the NYCDOE’s choice to endorse strike participation was a well-intentioned mistake. At worst, it was a paternalistic, exploitative action that did a disservice to the demonstration.

New York City students participated without governmental consent in previous Climate Strikes, like the one on March 15, 2019. They skipped school to protest an issue that put their futures in danger. But this time, they participated in a “strike” sanctioned by authority—which isn’t a strike. The DOE’s decision turned acts of civil disobedience into actions of mass obedience.

Dr. Davis, the American Studies history teacher at Bronx Science, explained, “One of the reasons civil disobedience sometimes worked during the Civil Rights Movement was that it provoked leaders to establish more just laws and to allow for the election of a different class of politicians.” For example, Rosa Parks’ bus sit-in and arrest in defiance of racially unjust laws prompted the Supreme Court to rule segregated seating unconstitutional in 1956. Her action resonated powerfully with America because she accepted a harsh punishment for her advocacy and put an urgent issue ahead of herself. Had there been a lighter punishment, like a fine, or even none at all, her strike would have meant little to politicians. The NYCDOE likewise stripped the power of the climate movement by ridding students of the opportunity to accept punishment, make a statement, and inspire progress.

“Part of the purpose of a strike is to force an interruption—to confront people (both those with authority and those under it) with choices. Thoreau [a 19th-century essayist and philosopher] advocated for civil disobedience because he wanted Americans to act not lawfully, but with conscience,” said Dr. Abrams, the American Studies English teacher. The NYCDOE, in excusing absences and endorsing the strike, interrupted that goal. They transformed an event of advocacy into an opportunity for truancy, where the students who didn’t care could easily skip school unchecked, and where students participated in something permitted, not necessarily something they believed was right. As a result, their decision eroded the power and impact of forgoing valuable education to strike for something as consequential as the climate crisis.

In addition to diminishing the significance of the strike, the DOE’s actions breached its responsibilities as a politically neutral entity. @NYCSchools tweeted that it “applaud[s]” students who civilly raise their voices on “issues that matter to them.” But it rarely sponsors other serious issues and, if it does, not to this extent. For example, it granted amnesty for a one-period gun control walkout in March of 2018 but discouraged participating in the March for Our Lives, in which students would have to skip a full day of school. “You don’t have to be out of school all day to make your voices known. You’ve already made your voices known,” said Richard Carranza, the NYC Schools chancellor.

The DOE didn’t “applaud” those students who protested civilly for what was in their eyes a matter of life and death. And if the issues that mattered to students were politically conflicting, like the March for Life (a pro-life, anti-abortion demonstration), the DOE probably would not accommodate them, let alone give vocal support.

The Department has also designated itself as an all-deciding judge, choosing which issues warrant amnesty and which ones do not, rather than letting students decide for themselves. That infringes on students’ rights to freedom of expression and impartial education, which enables them to think independently. By sanctioning the climate strike, they pushed students to take a polarizing stand on the issue: either participate and support the movement or stay in school and oppose it. As Maya Chari ’21, who participated in the event, said, “It is the DOE’s job to be completely nonpartisan and not suggest or encourage political behavior. The strike was a political movement.”

For this reason, Staten Island Justice Vito J. Titone derided the DOE’s plan to excuse students from protesting the Vietnam War in 1969. He wrote, “The element of compulsion is clear. Students and teachers who do not attend school that day will be deemed to be against the Government’s Viet Nam [sic] War policy, and those who attend will be assumed to favor such policy. It forces people to take a position when, as a matter of constitutional law, they are not required to do so.”

The United States has come a long way since 1969, but the same reasoning applies fifty years later. Though the issues may be different, and people may be more progressive, the NYCDOE’s responsibilities as a government entity have not changed. It overstepped its authority by endorsing a student-led, politicized demonstration.

But who am I to talk? I can bask in the knowledge that my attendance record won’t suffer for my participation on Friday, September 20, 2019.

Disclaimer: I attended the strike, and I care about and fully support climate justice, but I’m skeptical of the DOE’s public endorsement.
“Part of the purpose of a strike is to force an interruption—to confront people (both those with authority and those under it) with choices. Thoreau [a 19th-century essayist and philosopher] advocated for civil disobedience because he wanted Americans to act not lawfully, but with conscience,” said Dr. Abrams, the American Studies English teacher.