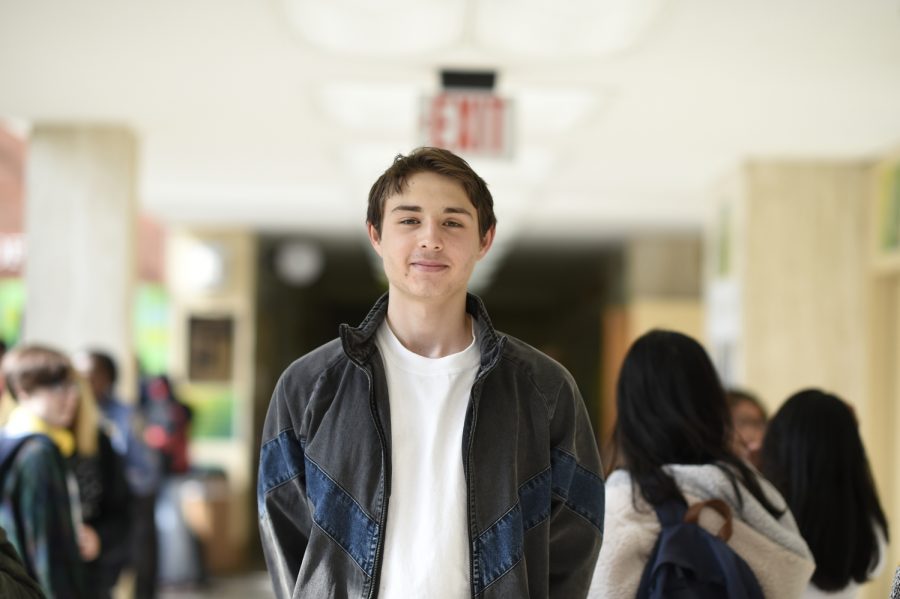 Jason Bohner ’20 is involved in a number of groups that are still pushing for the release of funds promised by the CFE.

Outdated textbooks, cuts in arts programs, and decaying buildings — New Yorkers know the hallmarks of an underfunded school when they see it. Yet for those of us who are only observers of these schools, it is rare that we find ourselves wondering why such insufficiencies have been normalized.

I would like to make the case that school funding inequity should be at the forefront of our youth political agenda, regardless of our apparent stake in the issue. Our state government owes us a great debt — $4.1 billion each year, to be exact. And we should all be furious.

In 1993, the Campaign for Fiscal Equity (CFE), a group of New York City parents and legal experts, asserted that the government of New York was violating their children’s right to a “sound education,” as promised in the state’s constitution. The funding formula for public schools was so inequitable, the lowest income schools so deprived of resources, they argued, that the practices of the state could and should be brought to court.

The argument made was not wholly contingent on the idea that the state was not spending enough money on education. In fact, today, New York spends more on education than any other state. Rather, their case was contingent on the blatant inequity of the state’s funding: in this assessment, New York has been ranked 49th in the country. Schools with the highest portion of low-income students receive 7% less in state and local funding than schools with the lowest portion — and this imbalance has been shown to impact African-American and Latinx students disproportionately. “Students at underfunded schools are not given the tools they need to thrive, despite being just as deserving,” said Melody Moulton ’20, a leader of the education activist group ‘Teens Take Charge.’

This was the case for the unconstitutionality of education financing that was first made by the CFE in 1993. That year, the group of parents and lawyers who comprised the campaign filed a lawsuit against the State of New York. It would be another thirteen years until matters were finally settled in the Court of Appeals, where they ruled in favor of the CFE’s assertion that the State’s funding was unconstitutional. They found that a $5.63 billion increase in Foundational Aid, a new formula designed to distribute funds in an equitable manner, was an appropriate supplement to the State’s budget. The Governor and Legislature passed the augmentation in the New York State Education Budget and Reform Act in 2007, granting an increase of $5.5 billion in equitable funding to be paid out incrementally over a four-year period. It was a moving instance of bipartisan support, and a promise to the children of New York that their education would be taken seriously.

It would have been more moving, though, if that promise was kept. After a fraction of the funds were paid out, America was hit by the 2008 financial crisis, and the state government swiftly took to austerity measures: to balance the state budget, the New York legislature enacted a two-year freeze on all CFE funds, while both Governors Patterson and Cuomo made annual cuts to education spending via the Gap Elimination Adjustment (GEA) up until 2017. Incremental increases have been put forward as Foundational Aid, but in small amounts that pale in comparison to the billions of dollars lost through the GEA.

Ten years after the freezing of funds, the legislature has yet to release the promised CFE funds, and our government still owes its students $4.4 billion. And though very few people are aware of this injustice, a few politicians, students, and advocacy groups have been pushing for political action.

Senior Jason Bohner ’20, co-founder of Bronx Science Young Democrats Club, has worked with several groups to make strides towards the release of CFE funds through civic education. “If students want to get involved with CFE, they can first educate themselves on the extent of the issue. Unfortunately, many students are unaware of how schools are funded and the subsequent inequality that arises as a result. If more people were informed, we can strengthen our united coalition of students already affecting change,” Bohner said.

Knowing this, it should be noted that the bounty promised by the lawsuit would not have fixed our broken education system. The problems of our schools have been shown to stem not from their poor quality, but from their long-standing segregation.

Still, the effects a drastic funding increase would have had on our public schools are significant. Immediately after the first payment of CFE funds made in 2008, programs like full-day Pre-K and Saturday school were expanded and the opportunity gap began to shrink between the poorest and the wealthiest schools. It was a promising, if brief, glimpse into an educational future that could have been. And until we decide that school funding is an issue worth of our collective youth advocacy power, it might remain just that.
“If students want to get involved with CFE, they can first educate themselves on the extent of the issue,” said Jason Bohner ’20.