Going after the Goal

The Ongoing Struggle for Female Athletes to Receive Equal Pay 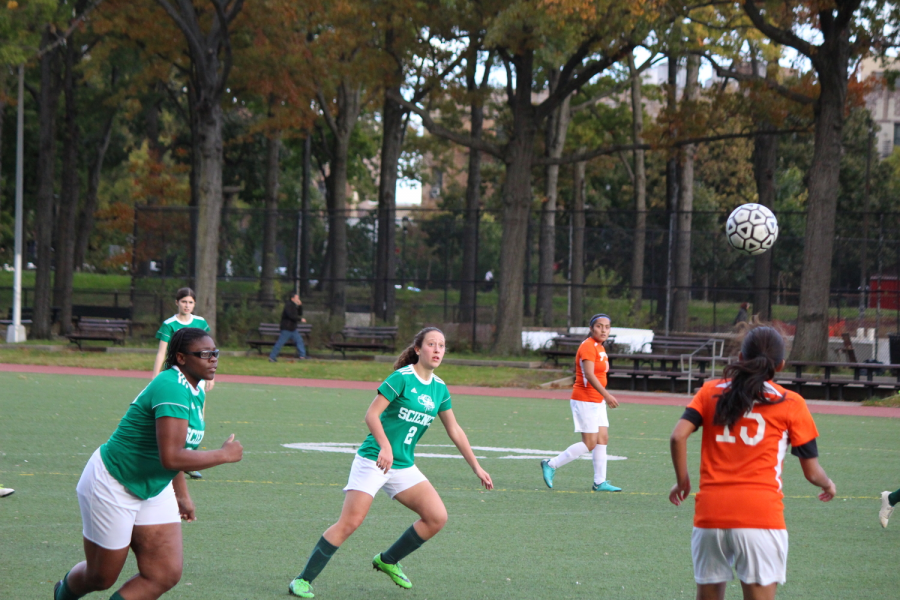 Members of the Bronx Science Girls' Varsity Soccer team lock their eyes on the ball while playing a game against another school.

It seems as though America is always taking three steps back and no steps forward when it comes to gender equality and women’s rights. Among with the many other pressing women’s rights issues the nation is facing, the fight for equal pay is one of them.

With the FIFA Women’s World Cup on June 7th, 2019, it once again raised the question of why the U.S. Women’s Soccer team still doesn’t receive the same treatment as their male counterparts. This question has been raised in sports beyond soccer and in careers beyond athletics. What is so different about a woman that they should not be able to obtain equal pay? Other than the fact that one has a uterus and the other doesn’t, it shouldn’t really make a difference. In fact, here’s a piece of what the U.S. women’s soccer team has been like.

The U.S. women’s soccer team has constantly been ranked as one of the top FIFA Women’s World Rankings, coming in as No. 1 from 2008 to 2014 and No. 2 since 2017. Among the successes that have contributed to such high ranking has been winning three Women’s World Cup Titles and four Olympic women’s gold medals and ten Algarve Cups. Their success doesn’t stop there. After taking home the world cup back in 2015, the U.S. stadium tour attracted thousands more fans. The U.S. soccer federation gained $17.7 billion, after having faced a net loss close to $500,000. The team has continuously furthered the nation’s success, something that the men’s team can’t claim to have done as they have never reached the finals in any of the World Cup tournaments.

Well, even that’s an issue. According to the lawsuit, the women’s team had to split a bonus of $1.73 million after winning the 2015 World Cup. The men’s team, however, were eliminated after round 16 in the 2014 World Cup, but split a whopping $5.38 million. As for their success this year, the 2019 FIFA Tournament started off really well for them. Beating Thailand 13-0, the U.S. soccer team will advance to a match day 2 against Chile. 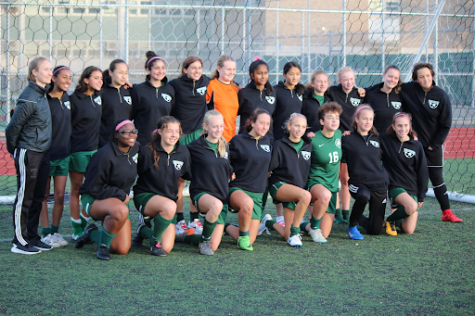 Alexander Thorp
The Bronx Science Girls’ Varsity Soccer team posing for a team photo after one of their many practices.Some leading names in fighting to pursue the lawsuit are Alex Morgan, Megan Rapinoe, and Carli Lloyd. Their public outcry on this situation has sparked some change in how not only the U.S. soccer federation operates, but also the world’s governing body on soccer, FIFA. FIFA has responded to the lawsuit by doubling the prize money for this year’s tournament. The team has also not played on artificial turf since 2017, something the men’s team didn’t have to deal with. Rapinoe said to ‘The New York Times,’ “We very much believe it is our responsibility, not only for our team and for future U.S. players, but for players around the world — and frankly women all around the world — to feel like they have an ally in standing up for themselves, and fighting for what they believe in, and fighting for what they deserve and for what they feel like they have earned.” Well, that is exactly what happened. After the complaints from the women’s team had made headlines, many international teams also began to take action, with Spain’s team demanding the removal of their coach and members of Brazil’s team quitting for the ouster of their coach.

If the team’s success determines the outcome of the lawsuit and how they’re going to be treated in the upcoming World Cup, then we shouldn’t have to worry. Yet something tells me that this won’t be the case. With the nation’s long history of gender discrimination and the large pay gap, this lawsuit is going to need more support than just three World Cups to get the women’s team what they deserve.