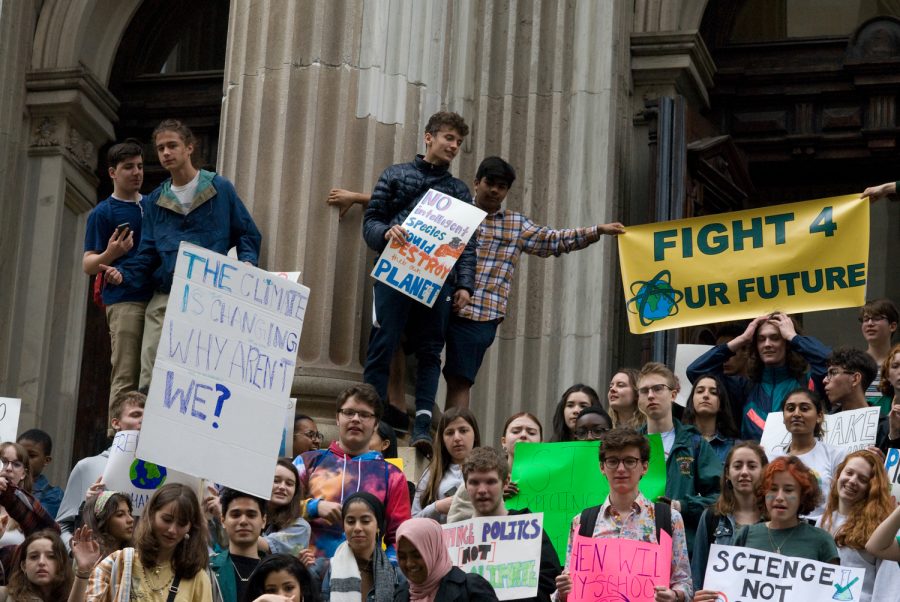 In March 2019, students from across New York City walked out of school in support of the climate.

Climate Justice has never been so hip; three times since March 2019 have students from around the city walked out of school in thousands, sporting metal straws and reusable water bottles and asking their representatives to address the overwhelming threat of climate change. The movement’s newfound popularity looks good on paper; more people means more political power and more influence. This increase in numbers, however, has come with a blurring of lines.

At each climate protest, chants for the causes of gun control, abortion, and immigration have found their way to the mouths and signs of the supposed climate protesters. Gun control, abortion, and immigration are all important issues to many Americans, but movements who hope to change them lose strength when they are jumbled together. More and more voices and issues are finding themselves lost in the snowball of Climate Justice, to the detriment of everyone involved. The requests for attendees to “bring a reusable water bottle” are often misheard as “bring your own political issue.”

As a consequence, The Climate Justice movement may have dug itself too deeply into the Democratic party for effective change to ever be something more than a promise lorded over the heads of liberal voters by prospective presidents.

Rally-goers at the May 2019 walkout in Times Square were treated to Donald Trump, in effigy, having his pants torn off to reveal a pair of confederate flag underwear. Spectacles like this seem harmless and fun, but in reality they just make the partisan line deeper and stronger, and make Republican voters less inclined to support the movement. It makes climate change less legitimate for all of us.
“Climate change should not be a partisan issue,” Savino Barrille ’19 said. “I support other Democratic movements, but I think that Climate Change is something that should transcend party lines, not divide America.”
Whether we like it or not, abortion, gun control, and immigration are extremely partisan issues. When these issues find themselves diluting the messages of climate change rallies, Climate Change goes from being a threat to human existence to being another Liberal issue. It should be everybody’s goal to help the environment, not just prospective Democratic presidents and politicians. And if that means saving other issues for another strike, it is a small price for a healthier planet.