Con: Everything Wrong With AOC’s Green New Deal In 900 Words 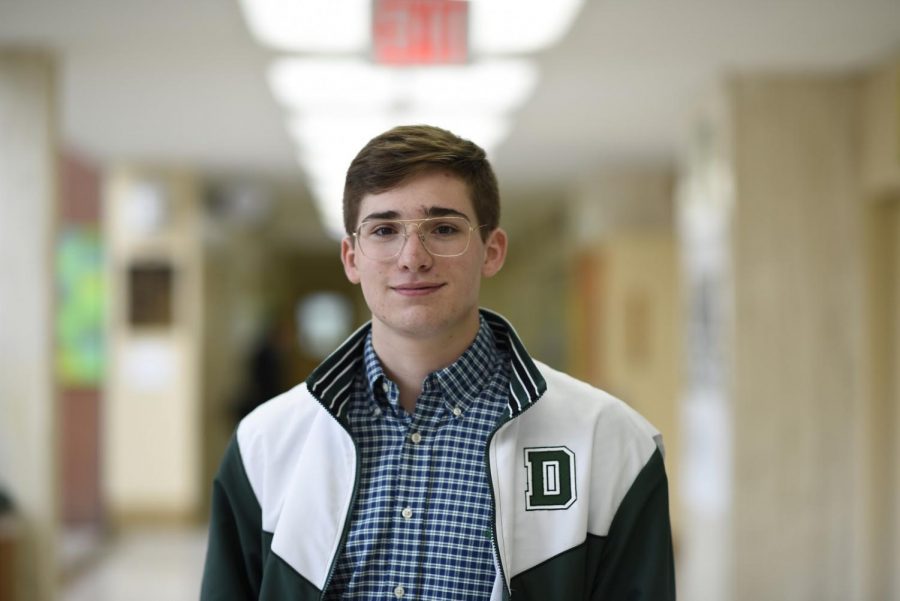 Jonathan Nicastro ’19 has major qualms with the Green New Deal.

On the seventh of February, Alexandria Ocasio-Cortez (AOC) introduced a bill to Congress titled: “Recognizing the duty of the Federal Government to create a Green New Deal.” This bill, which is now sitting with the Subcommittee on Water Resources and Environment, details a number of goals for the United States with a focus not only on the environment, but also on economic reform. It is a short document, only 14 pages, and having read it, there are many aspects of this bill which I see as not founded in reality.

The bill starts out in a rather innocuous manner by stating the negative effects that climate change will have on humanity if it continues to worsen. However, a majority of the bill is spent talking about economic and social issues which have little to no correlation with environmental issues. For example, the bill states that “the United States is currently experiencing several related crises, with… the third-worst level of socioeconomic mobility in the developed world before the Great Recession… [and] a gender earnings gap that results in women earning approximately 80 percent as much as men, at the median.” I see this as an effort to shoehorn economic and social reform into a bill about environmental protection. The inclusion of those problems makes me think that this is less a bill about climate change, and more a manifesto of socialist and social justice ideas. By having both sides introduce radical bills like this, it makes it almost impossible for the two parties to cooperate with each other, furthering partisan divisions that do the American public a disservice.
“It’s just so upsetting to see our government ignoring the best possible solution to the problem and not provide a reason as to why.”
The bill goes on to describe massive government funded projects for everything from sustainable energy to infrastructure. The bill says “new national, social, industrial, and economic mobilization on a scale not seen since World War II and the New Deal era is a historic opportunity to create millions of good, high-wage jobs in the United States… [and] to provide unprecedented levels of prosperity and economic security for all people of the United States.” That is not the role of government. The government’s job should be to make sure that the people do not hurt each other and to protect us from foreign and domestic threats. I have no problem with environmentalism: climate change poses a real threat to our lives. I do, however, have a problem with the government trying to protect us from failure, and doing so by throwing tax dollars at the people in such a flagrant manner that Keynes himself would have some doubts. Speaker of the house Nancy Pelosi said, “In terms of the Green New Deal [as conceived], that goes beyond what our charge is. Our charge is about saving the planet. They have in there things like single-payer and . . . what is it? Guaranteed income?” This makes me yearn for a time when Congresswoman Pelosi was considered as far left as it got.

Another issue with the Green New Deal is the bill’s stance on nuclear energy. Nuclear energy is a safe and effective means of producing energy. It has the lowest emissions per unit of energy for any source of energy. The energy density of nuclear energy alone should make it the clear choice to replace fossil fuels. Despite all of this, AOC has come out against it, writing in a Green New Deal fact sheet that “It’s unclear if we will be able to decommission every nuclear plant within 10 years, but the plan is to transition off of nuclear and all fossil fuels as soon as possible.” This is ridiculous, not only because of how beneficial and renewable nuclear energy is, but also because of how bad some of the alternatives are. Solar and wind energy may seem like good options; however, they produce an incredible amount of waste in their production. These energy sources also do not have the energy density to support our society and would not be a sustainable answer to the problem.

Solar panels are especially unethical. While many believe that Solar Panels can be recycled and then put back into use, the companies which recycle the solar panels are usually unable to fix them. 75% of the time the recycling companies just sell the cheap and broken solar panels to the Middle East where they poison the air and water supply of the poor and disadvantaged communities which the bill purports to help.

“It’s just so upsetting to see our government ignoring the best possible solution to the problem and not provide a reason as to why,” said Jonathan Nicastro ’19.

Alexandria Ocasio-Cortez is a bright and inspiring young woman. However, she lacks the necessary skills and knowledge that would make her a good legislator. She sees herself as a kind of savior of society and does not believe in compromising with those who have different opinions from herself, saying on Twitter, “If you don’t like the [Green New Deal], then come up with your own ambitious, on-scale proposal to address the global climate crisis. Until then, we’re in charge – and you’re just shouting from the cheap seats.” Ms. Ocasio-Cortez is the quintessential ideologue. She thinks she’s better than everybody in Congress just because she fights for “social justice.”

However, the reality is that she really just comes off as a radical socialist whose ideas and policies are not based in facts and objective truth. She is symbolic of the populist wave and extreme politicians who have come out of the woodwork during Trump’s presidency.

Ms. Ocasio-Cortez certainly has the right intentions with regards to climate change, and it is nice to see Congress working towards a cleaner environment, but the way she went about it is ridiculous and far too ambitious for our country.