Manhattanville Campus as the New West Harlem? Not Really 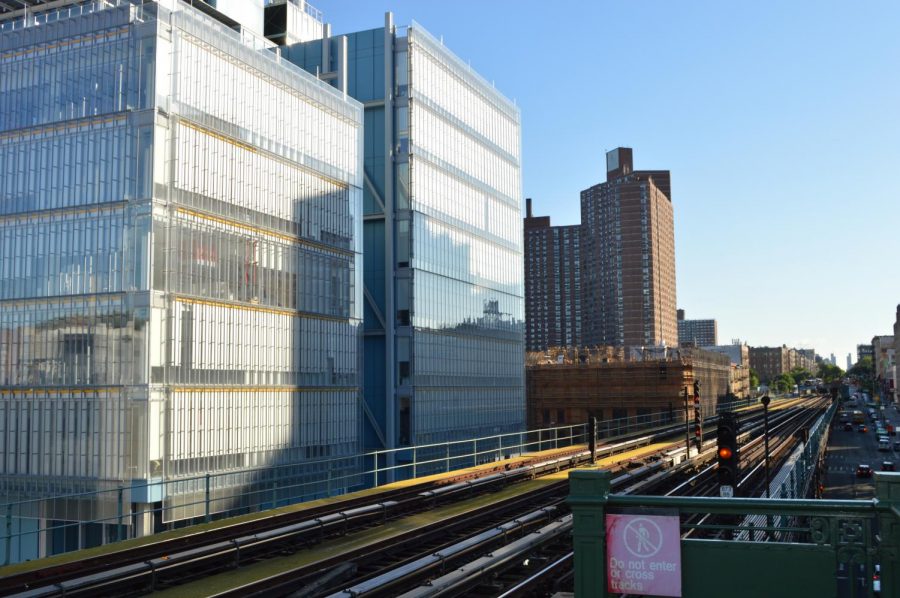 The eastern facade of the Jerome L. Greene Science Center. It is one of the new additions to Columbia University's Manhattanville campus.

New York City’s landscape is changing, and it’s not just Hudson Yards. In West Harlem, the new buildings of Columbia’s University’s Manhattanville campus stand in stark contrast to the backdrop of low-rise apartments and public housing units that populate the rest of the neighborhood. Columbia, which bought 17 acres of West Harlem in 2003 (Columbia prefers to call the area by its historic name, Manhattanville) completed the first installment of its expansion project with its completion of the Jerome L. Greene Science Center and the Lenfest Center for the Arts.

The New Manhattanville campus will do great things for Columbia. The Jerome L. Greene Science Center houses the Mortimer B. Zuckerman Mind Brain Behavior Institute, led by Nobel laureates and bound to discover new things about the brain for which the benefits for humanity will be tremendous. There are  amenities for students, like a rock climbing gym, wellness center, and new restaurants. In 2003, when Columbia was falling behind its Ivy League competitors in terms of land acquisitions and prize-winning professors, President Lee Bollinger said, “We need more faculty, we need more places to put them.” Columbia set out with a plan to make new pillar of the local community, a project that would go beyond the university’s professors and students and improve the lives of local residents. Mission accomplished? Not really.

Maxine Griffeth, Special Advisor for Campus Planning, said of the building’s clear glass frame, “the walls are permeable and the interface between community and campus is much more transparent.” Columbia justified its campus expansion with the Community Benefits Agreement, although residents complain that Colombia has done little to gain resident’s trust.
Their benevolent plans, while well-intentioned, don’t disguise the fact that Columbia committed some very egregious acts in its own self interest.
The changes occur against the backdrop of big demographic and cultural changes already happening in Harlem. Columbia used eminent domain practices in order to take over the 17 acre area of West Harlem’s, a move which the local community board strongly opposed. Nevertheless, the New York State supreme court sided with Columbia when the case was brought to trail, and here we are.  The move displaced 5,000 residents, and has the threat to substantially raise property values in the area.

For older residents, distrust of the university’s new campus stems from Columbia’s history of discrimination against Harlem residents. In 1968, The university planned to open a gymnasium in Morningside Heights with separate entrances for students and Harlem residents. This move was construed as racist at the time to the different demographic compositions of Harlem (African-American) and Columbia (Caucasian). While the two new centers avoid this mistake, they provide discounts to students and give few incentives for the local community to participate.

The bottom line is that when Columbia refers to the surrounding community members, it means it’s non-students. Their benevolent plans, while well-intentioned, don’t disguise the fact that Columbia committed some very egregious acts in its own self interest. Leveling an entire neighborhood and forcibly integrating its residents is a characteristic of aggressive gentrification, an action that Colombia does not show too much regard for in its actions. Hopefully, in the future, the Jerome L. Greene Science Center and Lenfest Center for the Arts become more accessible to local residents in the future.