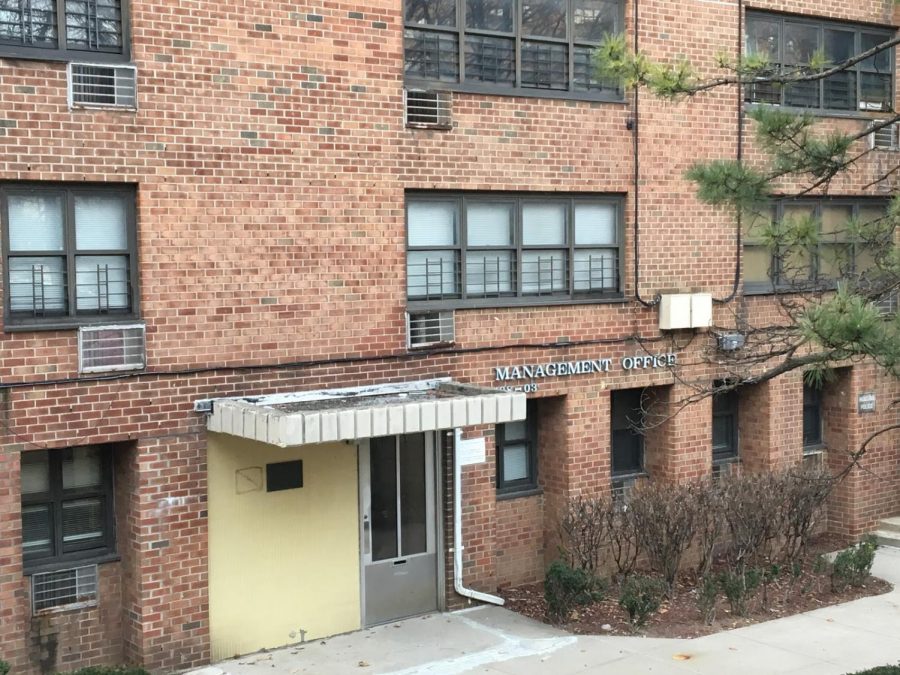 The NYCHA Queens management office handles the complaints from residents regarding apartment conditions.

Cold wind crept inside the apartment, while droplets of water fell beside the young girl. A furry rat brushed against her face, jolting her awake. Feeling parched, she rose to fetch a glass of water. But the liquid that came out of the faucet was murky. The disturbing scenario is the life endured by residents in New York City public housing.

Founded in 1934, New York City Housing Authority (NYCHA) served as Mayor Fiorello H. LaGuardia’s remedy to the crude tenements of New York City’s housing crisis during the Great Depression. But NYCHA developments were not considered as poorhouses. In fact, the city had barred lower-income residents from public housing. In the mid-1900’s, it excluded most residents on welfare through screening applicants based on moral factors (eg. alcoholism, irregular work history and single motherhood). But, pressure from the federal government and social justice activists forced NYCHA to gradually lose its selectivity in 1968, thus the percentage of residents increased dramatically by the early seventies.

NYCHA successfully endured some of New York City’s most turbulent eras. However, the benevolent image long maintained by the organization has been shredded. The idea of government as landlord was no longer supported. Suddenly, all levels of government withdrew billions of dollars from the agency. The housing authority’s operating deficits and escalating costs to maintain and renovate the aging buildings severely impacted living conditions. The wrath of past hurricanes and recent frigid weather further exposed the buildings’ vulnerabilities.

In June 2018, the organization confessed to concealing its horrendous actions and deceiving the federal government. Approximately 820 children in the city’s project houses were tested for elevated levels of lead. Despite acknowledging the issue, health officials still neglected their duty to examine the apartments following the report.

In November 2018, it was discovered that contaminated water wasn’t the only grave secret hidden by NYCHA. In fact, it seemed they had failed to reveal to the government the extent of the apartments’ decrepitude, of which included leaks, infestations, and lack of heating. Yet, inspection records obtained from U.S. Department of Housing and Urban Development (HUD) suggested that HUD officials were already aware of the health and safety violations occurring within the city’s project housing.

The federal government seized more control over the New York City Housing Authority, reaching an agreement with the city intended to correct mismanagement which exposed to thousands of residents to health hazards. It involves the replacement of the authority’s interim chairman, Stanley Brezenoff, whom Mayor Bill de Blasio brought in last year to steer NYCHA after the lead paint scandal.

The settlement also meant the mayor avoided a complete management takeover of the city’s housing authority, accepted the appointment of a powerful federal monitor and committed the city to spending $2.2 billion over the next decade to repair the decrepit buildings. However, the amount is a drop in the bucket compared to the system’s needs of $25 billion.

While NYCHA is being tossed back and forth between the federal and city government, there are still residents going on rent strikes because they are deprived of basic necessities. “If the federal takeover doesn’t repair the problems, then this may ultimately mean the end of NYCHA,” said Hillary Fu ’19. During her political internship, Fu was required to survey residents living in Redfern. “You could clearly see the lack of maintenance of the building from the pungent stench and the leaks, to the dim lighting. It’s hard to imagine yourself living in a building with these conditions; you’d expect there to be a lot of inconveniences,” Fu said.

New York City has a well-renowned reputation for providing opportunities to allow individuals to fulfill the American Dream. Yet, the conditions in the projects hinder the well-being of residents, and thus prevent them from attaining the vision. The horrid atmosphere of poor public housing is linked to the shutdown of neighboring schools and the insufficient profits earned from nearby businesses. Hopefully, the new settlement will tackle the damage done along with other underlying issues.