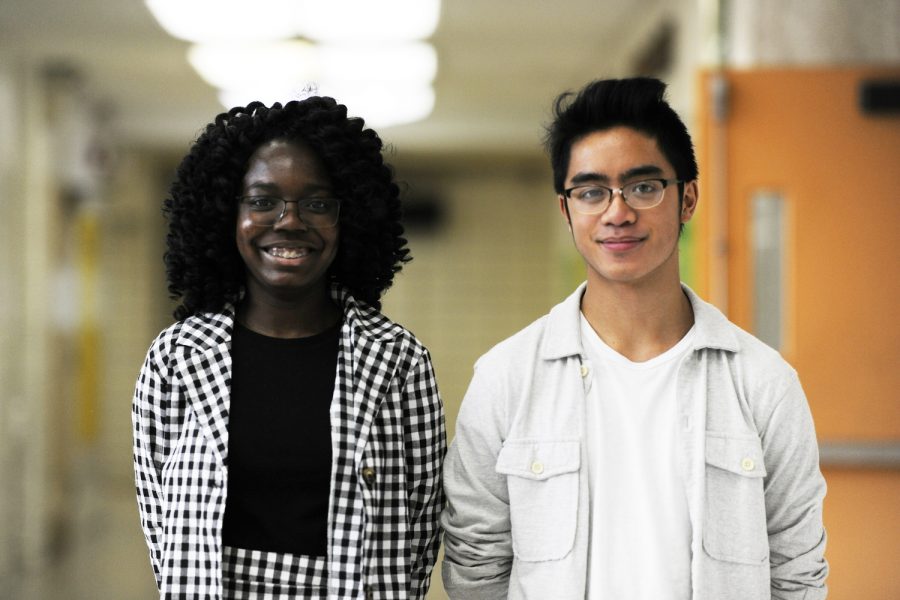 Both Jordan Sanchez ’19 and Judge Sanchez ’19 have strong opinions about the new Title IX rules.

Betsy DeVos became the Secretary of Education under the Trump Administration in 2017. Since the beginning of her term, she has been a controversial choice for the position. During her confirmation hearing, she showed a lack of knowledge on many pedagogical issues, such as the “growth vs. proficiency” debate, proving many of her critics right.

Although not all Education Secretaries of the past have had education degrees, they have all possessed an understanding of the public education system. DeVos has never been through that system nor has she put her children through it. She was grossly unprepared for her role as Secretary of Education and she has done close to nothing since then to improve herself.

“She has no real credentials backing her, yet she has been given a position that wields a lot of power in America’s education system,” Amena Khatun ’19 said.

When DeVos became the Secretary, she promised to change Obama-era reform in the education sector. One of these changes included rehauling Title IX harassment rules in schools. Title IX of the Education Amendments of 1972 is a federal civil rights law that prohibits discrimination on the basis of sex in any education program or activity that receives federal funding. Discrimination on the basis of sex under Title IX includes sexual harassment, rape, and sexual assault. Although this law impacts all levels of education, it plays the most prominent role in higher education.

DeVos claims these new reforms will improve the way in which sexual assault is investigated in a school environment. However, some argue that only school administrations will benefit, instead of the students.

The National School Board Association has been lobbying to ease standards on how to measure a school’s liability in a sexual assault case because they did not like spending thousands of dollars on the cases. Colleges, like Yale, were huge supporters of changing the rules. DeVos defends these new rules by claiming she is giving back power to local school leaders. In reality, however, she is abdicating her department’s role in holding schools accountable for violating students’ rights.

One of the biggest flaws in college sexual assault investigations is that they are biased. Title IX rules under the Obama administration were reformed to prevent colleges from sweeping sexual assault cases under the rug, although colleges continue to exploit the system. Instead of leading impartial investigations to find the truth, these rules save the school’s reputation by expelling students without any evidence.

Although cases such as Brock Turner’s, where a Caucasian man received a lenient sentencing, caused a public outcry across the nation, these cases do not represent the norm. An analysis of assault accusations at Colgate University showed that even though only 4.2% of the school was African-American, 50% of sexual-violation accusations were against African-American students and 40% of the students going through the formal disciplinary process were African-American as well.

“I think that the accused student should be given more of an opportunity to defend himself/herself before any punitive action, such as expulsion or suspension is taken by the college,” Judge Sanchez ’19 said.

This demonstrates that reforms are needed in the Title IX rules, but that does not mean DeVos’s reforms are going to be the ones to fix the system. Even if they do have provisions to make investigations more impartial, they are far from perfect. The biggest problem is the prevalence of loopholes that would allow schools to go back to their habit of sweeping accusations under the rug.

Victims already have doubts about the system. Jordan Sanchez wants to believe that colleges will do everything in their power to thoroughly investigate cases, but she doubts it.

Loopholes, like the one where schools would not need to investigate a rape case if the said rape occurred outside of the campus, does not do a lot to assuage these doubts. Other loopholes include the fact that under this new standard, harassment has to be “so severe, pervasive, and objectively offensive that it effectively denies a person equal access” to education, which led some courts to argue that rape would not fall under these standards at all because it was not “pervasive” enough.

There is no doubt that the system needs to be reformed. If nothing else, colleges need to be held to higher standard when it comes to sexual assault investigations. These new rules are currently in the public comment period, which will allow people on both sides of the debate. Hopefully, better rules can be proposed, but many remain doubtful that DeVos will be the one to introduce them.