Bronx Science Sustainability: What We Can Do 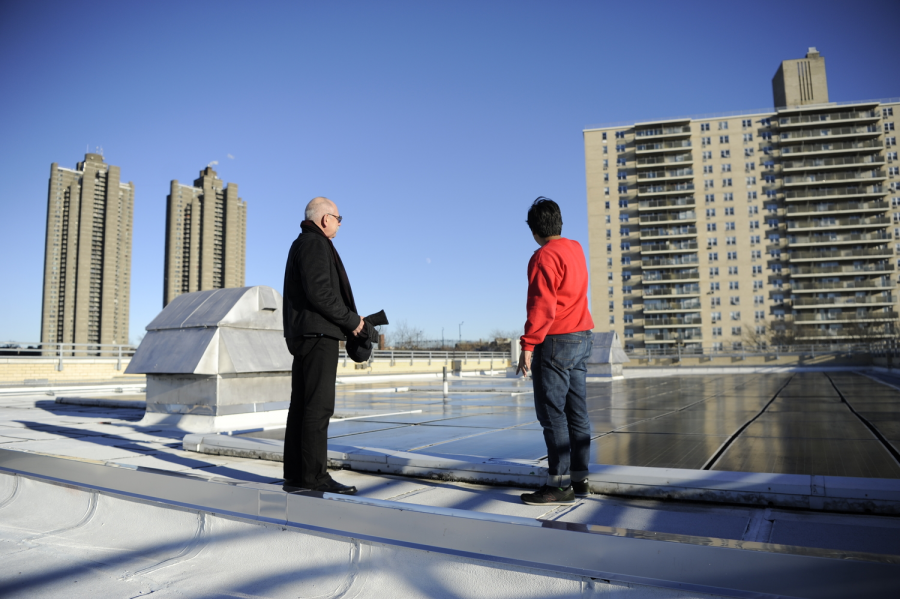 In 2005, the New York Power Authority financed the installation of 146 solar panels on the roof of Bronx Science. For the past fourteen years, these photovoltaic cells have converted sunlight into an electric current. The new inverter, installed during the 2016-2018 renovation of the roof, displays real time measurements regarding the energy being produced. While these measurements vary in accordance with cloud covering and other weather patterns, the solar panels produce roughly “enough electricity during peak time to run the high-efficiency fluorescent lights in our hallways,” said Assistant Principal Mr. Kalin.

As climate change and its impacts become increasingly omnipresent, it is the responsibility of every individual and group to transition to a more sustainable mode of living. Bronx Science should be held to this standard. Installing solar panels was an excellent start, but we must continue to implement more environmentally conscious infrastructural changes to our building in order to increase our school’s energy efficiency and decrease its carbon emissions. There are two major infrastructure alternatives that will accomplish this goal.

First, Bronx Science should install a summer boiler for more efficient hot water production. Currently, the modified triple-pass boilers used for building heating also produce hot water, a task they are not built to accomplish efficiently. All year round, one of the four massive boilers in our basement burns sixty-eight gallons of oil per day, for the sole task of producing hot water.

“Using a smaller vehicle to accomplish the same task would save a large amount of oil,” said Bronx Science Building Engineer Eugene Connolly, who has been advocating for this summer boiler for the past thirteen years from the School Construction Authority. Installing the summer boiler would conserve dozens of gallons of oil per day, for decades to come. According to Mr. Connolly’s calculations, “In three to four years, probably even less, you would get your return back on the summer boiler.”

Second, Bronx Science should transition to LED lighting. While a handful of newer classrooms have LED lighting, the majority of Bronx Science uses T8 fluorescent light bulbs. These bulbs are relatively energy efficient, especially when compared to incandescent bulbs, which only turn ten percent of the energy they consume into light, with the rest being released as heat. Nonetheless, LEDs are more efficient than either of these bulbs. LEDs last 20,000 hours longer than the T8 fluorescent bulbs, work seamlessly with control systems (such as sensors), are mercury-free, and are not prone to circuit damage from overuse. Even if you do not consider the environmental benefits of such alternatives, they are guaranteed to turn a profit.