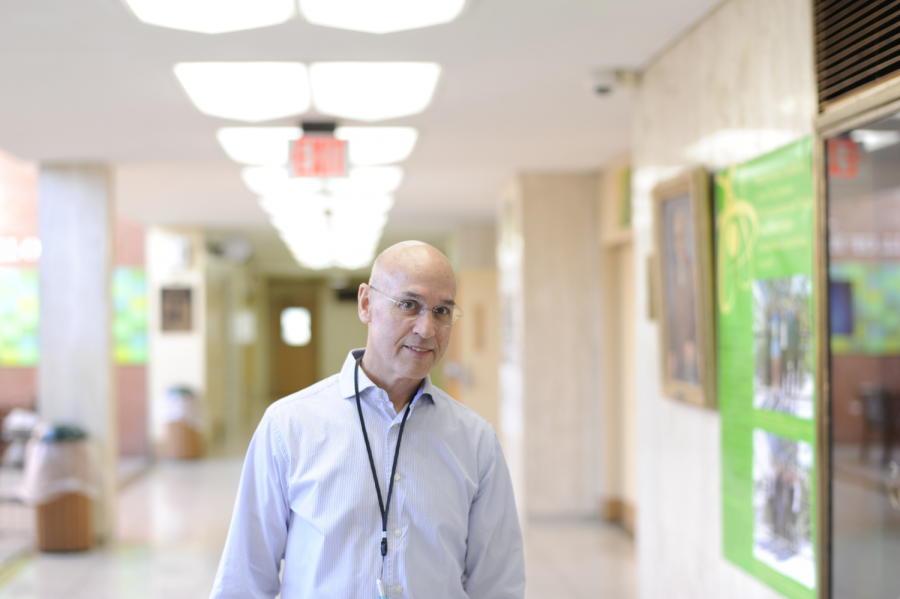 “Hater!” “Loser!” “Sad!” These are the kind of outbursts that Americans are used to waking up to and reading on a daily basis. On average, President Donald Trump tweets out his feelings with disregard for fact-checking over ten times a day. Whether it’s picking fights with the media or spreading misinformation, Trump uses Twitter as his weapon of choice.

Trump has over fifty-six million followers on Twitter, and countless more view his tweets. Not only does Trump spread misinformation, but he also intentionally pens provocative tweets to further divide our shattered nation. The replies on his tweets number in the tens of thousands, even on tame tweets, while inflammatory and controversial tweets garner fifty or even one hundred thousand replies, which are often just as offensive as the tweet itself. Liberals and conservatives clash in the comment section, sending memes and vulgar language aimed at the other side.
“Trump’s relentless mantra of ‘fake news’ is a disservice to the First Amendment and when he makes reference to ‘witch hunt,’ he needs to remember that his Administration has more convicted felons than any President since Nixon.”
Many of Trump’s tweets are so outrageous that if it were not for the verified check next to the name, you would believe it to be a parody account. His claims offend many and continue to add on to his list of tone deaf statements. Take this one from 2013, deleted during his presidential campaign: “I would like to extend my best wishes to all, even the haters and losers, on this special date, September 11th.” The lack of empathy and common sense displayed in these words is not even close to the worst. Then there is this tweet, where Trump outright denied the fact that thousands of people died during hurricane season in Puerto Rico: “3000 people did not die in the two hurricanes that hit Puerto Rico. When I left the Island, AFTER the storm had hit, they had anywhere from 6 to 18 deaths. As time went by it did not go up by much. Then, a long time later, they started to report really large numbers, like 3000… This was done by the Democrats to make me look as bad as possible when I was successfully raising Billions of Dollars to help rebuild Puerto Rico. If a person died for any reason, like old age, just add them onto the list. Bad politics. I love Puerto Rico!” Claiming that three thousand deaths were made up just to make him look bad is not only extremely narcissistic, but  offensive to the relatives of all the innocent people as well.

Mr. DiIulio, a Global and U.S. History, agrees that Trump’s tweets are far from presidential. “Trump’s relentless mantra of ‘fake news’ is a disservice to the First Amendment and when he makes reference to ‘witch hunt,’ he needs to remember that his Administration has more convicted felons than any President since Nixon.”

Even Trump’s jovial tweets can not help but take shots at his enemies. The President’s second tweet of 2019 read the following: “HAPPY NEW YEAR TO EVERYONE, INCLUDING THE HATERS AND THE FAKE NEWS MEDIA! 2019 WILL BE A FANTASTIC YEAR FOR THOSE NOT SUFFERING FROM TRUMP DERANGEMENT SYNDROME. JUST CALM DOWN AND ENJOY THE RIDE, GREAT THINGS ARE HAPPENING FOR OUR COUNTRY!”

Trump’s unbelievable tweets have become too frequent to keep up with. Just recently, Trump posted two pictures that could be interpreted as memes. One displayed a picture in front of a potential border wall, with a Game of Thrones-like text stating, “The Wall is Coming,” while another took Elizabeth Warren’s’ 2020 campaign logo and added a 1 over the 2020 in order to mock her Native American heritage. This is the kind of behavior one would expect from a third grader, and yet it is coming from the man chosen to lead the third largest country in the world.

Trump’s first two years in office have already been marred by countless scandals and slip ups. His persona on Twitter has only further proven to the American people that he is not capable of leading them. If Trump wants any chance of remaining in office and having a successful second half of his term, he needs to start by growing up and only pressing ‘send’ on truthful and unifying tweets. Otherwise, his tweet rants may soon be about the next President.