Plastic is Our Problem to Fix 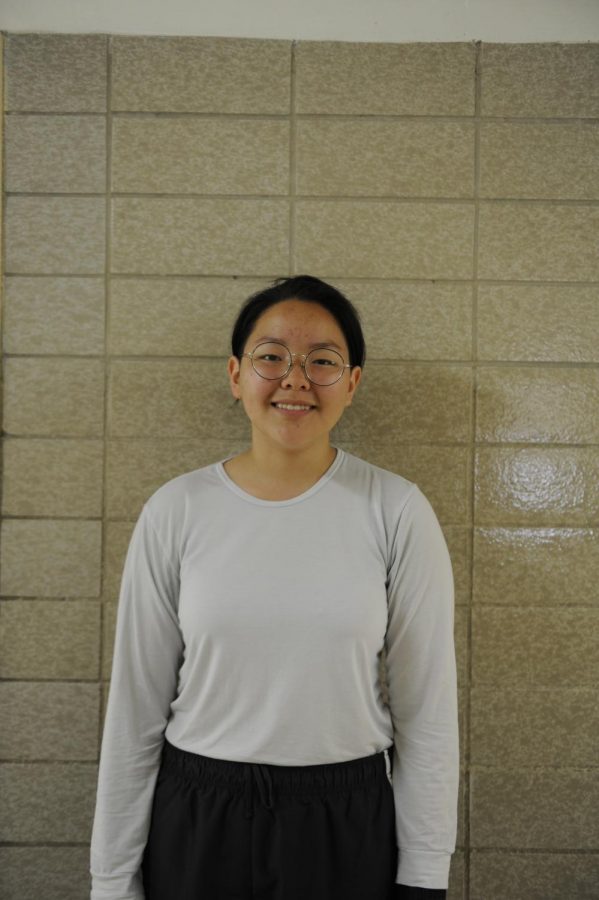 Clare Hong '20 has very strong opinions about the fight against plastics.

According to ‘The World Counts,’ which shows live statistics and facts on the environment, five trillion plastic bags were consumed in 2017, which is 160,000 a second, with only one percent recycled. The rest is thrown into the environment or placed into landfills where they pollute the natural landscape.

We need to recognize the global threat that plastic bags pose on human and animal life. Not only are plastic bags contributing to more carbon emission, but they also cause the death of millions of animals including sea turtles and whales. The accumulation of plastic waste on our lands and oceans also contribute to the release of toxic chemicals into our environment.
According to ‘The World Counts,’ which shows live statistics and facts on the environment, five trillion plastic bags were consumed in 2017, which is 160,000 a second, with only one percent recycled.
The problem starts when plastic bags are synthesized. Plastic bags are made using polyethylene, which uses non-renewable resources such as crude oil, gas, and coal. With chemical companies producing enormous amounts of plastic bags per day, non-renewable resources are constantly depleted and more carbon emissions are released into the atmosphere.

Worse, people throw plastic bags away after using them once or twice, and plastic bags are synthesized at such a rapid rate. Consequently, plastic bags are accumulating in our oceans, lands, streets, sewers, and even in trees. Because of equatorial tides in the ocean, large garbage patches, made up of mostly plastic and fishing nets, accumulate and grow in the middle of the ocean. The Great Pacific Garbage Patch, for example, is twice the size of Texas, and weighs seven million tons. According to ‘Garbage Patch,’ an online resource that tracks ocean garbage patch data, 80% of the Pacific patch was made of plastics, and five to ten% of the fish around it contained plastic. Plastic has infiltrated the food chain, and we may be eating the pieces of plastic with which we have polluted the ocean.

Although many may recognize the need to reduce plastic use, our lack of action is a problem in and of itself. According to ‘The World Counts,’ the largest enemy of a plastic-free country are large corporations such as The American Chemistry Council, ExxonMobil, Chevron, Dow Chemical, and Shell, because corporations such as these protect plastic production for economic gain.

Today, the world is recognizing the urgency of cutting back on plastic bags. Bangladesh was first country to place a ban on plastic bags in 2002, after tons of plastic waste clogged sewers and caused massive floods in 1988 and 1998. South Africa passed a ban in 2003, followed closely by countries like Myanmar and China that have imposed fees on plastic bags, while other nations such as Denmark and Portugal require retailers to pay taxes.

In many of these countries, their measures to reduce plastic bag distribution has been extremely effective. For instance, according to China Network Television, a 50 cent plastic bag fee was implemented in Hong Kong, and the use of plastic bags has gone down 90%. In Kenya, the harshest plastic ban passed in 2017, which threatened anyone producing, selling, or carrying a plastic bag with up to four years imprisonment or a $40,000 fine. According to ‘The Guardian,’ in the past year, Kenya has seen a rise in cheap alternatives such as compostable bags, while waterway blockages and street garbage has been declining.

Therefore, the fact that plastic bans are already effective in the rest of the world indicates that New York is late to the game. Governor Cuomo’s new ban is only a baby step towards fixing our carbon footprint and our damage to the environment. We cannot expect this bill to fix all the environmental waste problems in the state; we need to do more. We can distribute and use reusable or biodegradable bags. We can be more aware of the effects of plastic on the environment. We can take mini steps for people to stop relying so heavily on plastic, and to consider reusable, eco-friendly materials instead.

“While I think that we should all take satisfaction in any and all progress we make as a community, we should never let that be an excuse to become lazy,” Johanna Neggie ’19 said. “Plastic is still largely used in this city, including all the plastic used as straws and plastic bottles. There’s plastic packaging in almost everything, and something still needs to be done about that.”

We do not have to change our lifestyles to do something, but we need to support bans on plastics, styrofoam, and other non-biodegradable materials. We can do more by understanding better alternatives and set an example of sustainable living for others to follow.