A Bridge Too Far: Cambridge Analytica and the Surveillance Market

Cambridge Analytica has recently burned the bridge of trust between corporate aspirations and citizens' rights. 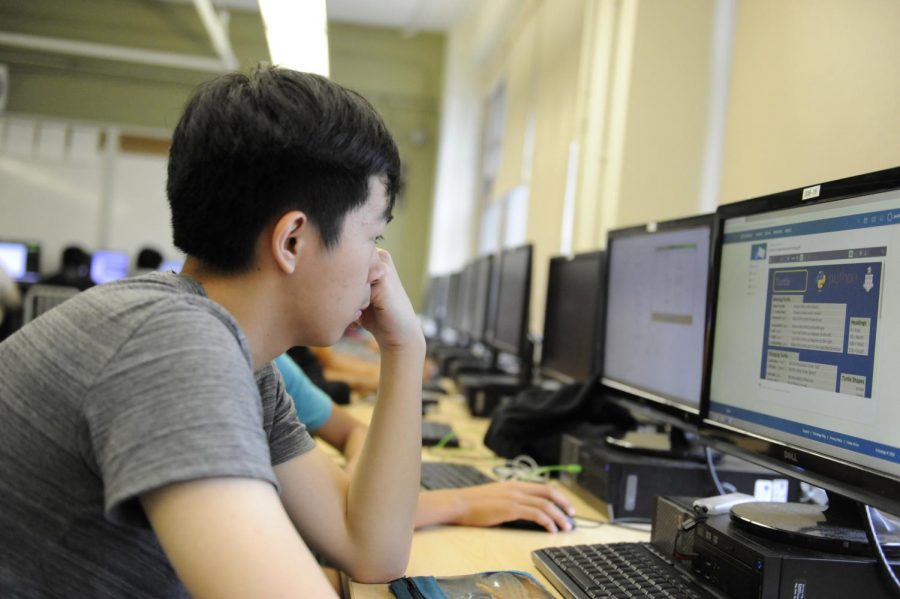 A student uses a computer during a Computer Science class.

In short, Cambridge Analytica is a data collection firm. They analyze the profiles, social media accounts, and internet histories of millions of people, and look for specific trends. Using algorithms and engram strings, they find people in specific locations of specific personality types and use their technology to directly target these people with advertisements, news stories, and other pieces of potential propaganda or advertising. The contents of these adverts or news stories, is of no concern to the firm.

Cambridge Analytica have their hands in just about every industry imaginable, offering their services everywhere, from Mastercard to the New York Yankees, to anyone rich enough wanting to swing an election.
“Privacy isn’t just some fabricated concern used as a political device against those who have little regard for its maintenance. It is a central aspect to citizens’ rights and the concept of a democracy,” said Jeremy Lao ’19.
Cambridge Analytica represents a new kind of challenge to the digital age that is becoming more and more prominent throughout the world. The question of privacy is one that is at the forefront of ethical and moral debates about technology, and about the methods of collecting data by big companies like Google or Facebook, and by third party companies, most of who operate without the knowledge or consent of the people they are collecting data from.

Its philosophical and technical problems like these that the students of Bronx Science will have to face once they leave college, and some are already formulating their views on it. On the topic of privacy, Jeremy Lao ’19 said, “Privacy isn’t just some fabricated concern used as a political device against those who have little regard for its maintenance. It is a central aspect to citizens’ rights and the concept of a democracy.”

The question of privacy and a citizen’s entitlement to it is not a question that will go away soon, and the hot-button issue of today will span far into the foreseeable future. “It is the bridge of trust between the government and the citizen,” Lao said. To understand the gravity of a crisis of privacy, consider other regimes around the world that are authoritarian in ideology, and repressive in practice. In China for example, the media giant WeChat openly sells user data to the national government, which creates social scores of its citizens based on their private data. Well-behaved citizens can earns travel benefits, while those whose actions the Chinese government disapproves of can get their travel benefits and healthcare confiscated.

With Cambridge Analytica releasing user data to whomever desires it, the integrity of the American democracy as well as the bridge of trust between the government and citizen are being burned. Very soon, the apocalyptic setting pictured in movies like Terminator draws closer to being a reality rather than a virtual image.