The 2018 Emmys Talked a Lot About Diversity, But Did Not Actually Deliver 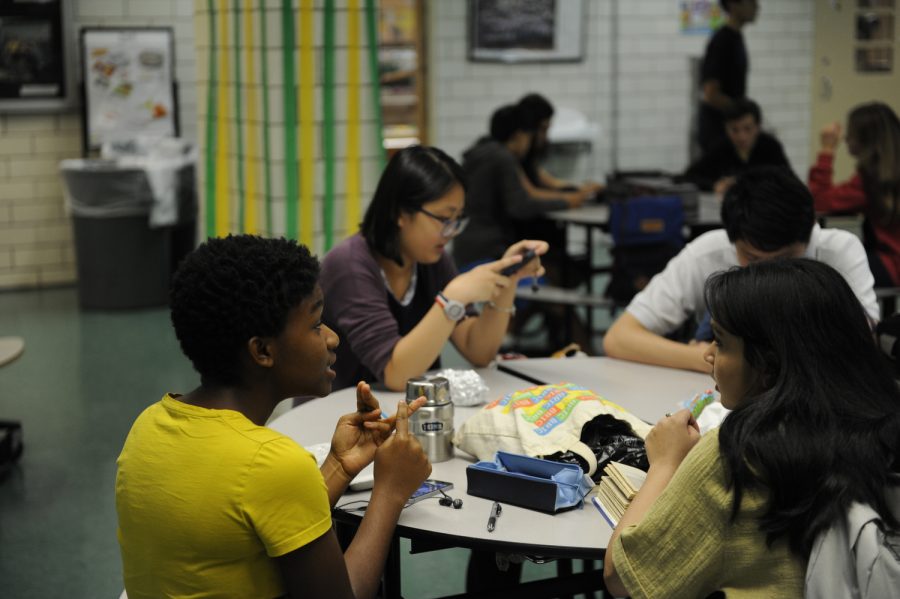 The diversity present at Bronx Science is a snapshot of the diversity of our country, and one of many reasons why diversity in award shows such as the Emmys is so important.

The 2018 Emmy Awards opened with a musical number about diversity, a theme which was not reflected in the winners selected throughout the night. The skit, “We Solved It,” was performed by Kenan Thompson and Kate McKinnon, who were joined by Kristen Bell, Sterling K. Brown, Tituss Burgess, Andy Samberg, and RuPaul. It was followed up by a monologue by the 70th annual show’s hosts, Colin Jost and Michael Che, who referred to the Emmys as a “White award show.” The sarcasm present in the Emmys opener made one thing readily apparent, especially as the night went on — while we may be taking steps towards a more inclusive Hollywood, we have a long way to go.

Despite the low number of non-white nominees, the 70th annual awards ceremony was the most diverse in Emmy history. Of the 106 solo nominations this year, only thirty-nine of the nominees were people of color (POC). This was a record number of POC nominations, breaking last year’s record of only nineteen. The 2018 list also included Sandra Oh, who became the first Asian woman to be nominated for a role as lead actress in a drama series.

Despite its historic nominations, the 2018 Emmys winners list disregarded this diversity when the winners were announced. Only four of the night’s twenty six winners were POC: Darren Criss won lead actor for “The Assassination of Gianni Versace,” which also won an Emmy for Outstanding Limited Series, Regina King won lead actress for “Seven Seconds,” Thandie Newton won supporting actress for “Westworld,” and RuPaul’s namesake show “RuPaul’s Drag Race” won Outstanding Reality Competition Program. This list skipped over outstanding television personalities such as Trevor Noah of “The Daily Show,” Donald Glover—known commonly as Childish Gambino—of  “Atlanta,” Anthony Anderson of “Black-ish,” and many others.

So how do we fix this problem? The solution lies in how the nominees and winners are chosen for these award shows. “Since we don’t currently live in an ideal world, the Emmys may want to incentivize filmmakers by creating awards that specifically target on screen diversity and inclusion,” said Flaurencya Ciputra ’19. Finding different ways to reward diversity in our films can promote a culture in which it is an advantage to reflect the variety of people in our country, not a setback. It is important that we continue to celebrate the differences between each and every one of us, and strive for a culture that reflects these differences accurately and lovingly.