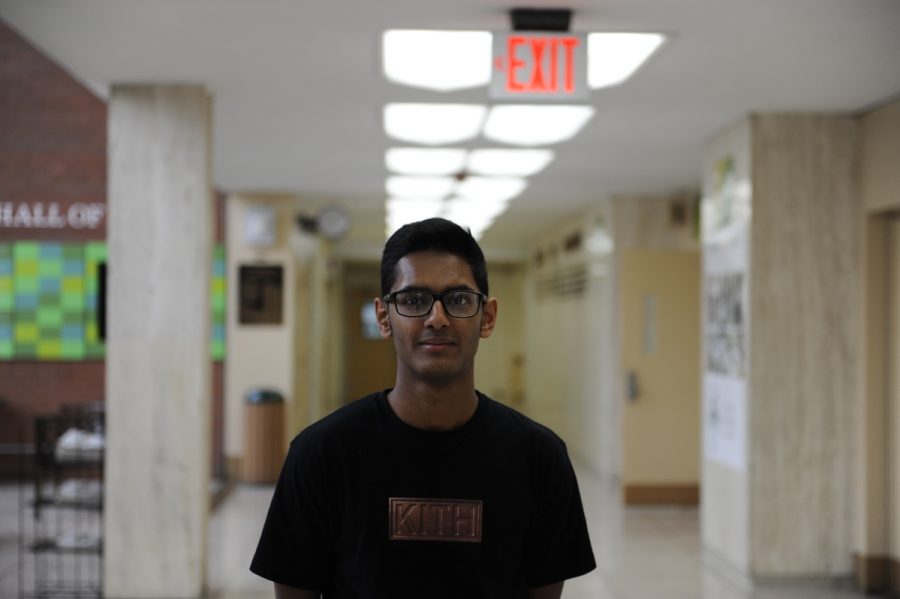 Sameer Chowdhury ’19 shares his opinion on the Serena Williams controversy at the 2018 Women’s U.S. Open Finals

Serena Williams, in pursuit of winning her record-breaking twenty-fourth Grand Slam Title, lost to Naomi Osaka of Japan. Williams was penalized several times during this year’s U.S. Open Women’s Final including a code violation for illegal coaching, a point penalty for racket abuse, and an entire game for verbal abuse.

Although Williams’ tennis coach, Patrick Mouratoglou, admitted to offering hand signals to Serena instructing her to rush the net, Mouratoglou said she did not even see his gestures. Serena later confirmed this in an ESPN press conference after the match. “I just texted Patrick, like, what is he talking about? Because we don’t have signals. We have never discussed signals. I want to clarify myself what he’s talking about,” Williams said.

Mouratoglou claims that every player’s coach is guilty of cheating. In the same interview with ESPN, he mentioned that Naomi Osaka’s coach was coaching Osaka too during the finals. Coaching in professional tennis is not something new. Rafael Nadal and former tennis coach Toni Nadal have been known to blatantly talk to each other during matches. At a 2015 Wimbledon Press Conference, Nadal offered his opinion on the practicality of coaching: “It’s an old regulation. It was logical many years ago because some players had coaches, and others didn’t, so this was protection for those who didn’t have coaches. But now everybody has a coach.”

Despite the the Women’s Tennis Association (WTA) allowing on-court coaching in tour-level events, Serena Williams is a rare player who has never accepted coaching. Williams has served as a role model to many young boys and girls, including her own daughter. She exemplifies a true athlete who possesses devotion to the game and great sportsmanship.

Sameer Chowdhury ’19 shares similar views: “Serena is not one to cheat. She is a great player with a great reputation.The chair umpire called her out for no reason. Players are mad and lash out when they play poorly. Serena lashed out because of a the actions of a bad chair umpire,” Chowdhury said.
If everyone, man or woman, is not held accountable for the same offences, then the rule should be withdrawn altogether.
That is why Williams felt so passionate about defending herself and her character. She knows that many people view her as a role model and to be wrongly labeled as a cheater will ruin a carefully cultivated image of hard work, strength, and especially integrity. Serena Williams’s anger over being accused of cheating is justified because she felt the need to clear her name.

Racket abuse and verbal abuse in professional tennis are not new, and it is true that they are punishable offences. However, it is unfair that Serena was penalized when men have done far worse offences on court and have gotten away with them without as harsh of a penalty, or without even a code violation at all. For example, in the 2016 Cincinnati Masters match between Andy Murray and Milos Raonic, Murray kicked a ball coming towards him on the half-volley towards the crowd. The ball ended up flying right by the umpire’s head. The ATP rulebook states: “Players shall not violently, dangerously or with anger hit, kick or throw a tennis ball while on the grounds of the tournament site except in the reasonable pursuit of a point during a match.” Yet, Murray failed to receive a single warning. Thus, it is clear that Murray was not held to the same standard as Williams. If a rule in tennis is made, all tennis players should honor this rule and expect to receive the same punishment regardless of ranking or gender. If everyone, man or woman, is not held accountable for the same offences, then the rule should be withdrawn altogether.

A chair umpire’s job is simply to mediate a match and to make sure that a match runs smoothly without any discrepancies. In this finals match, however, Carlos Ramos did a poor job of remaining uninvolved. Referees are not supposed to make a substantial impact on the game, but merely moderate the events. Instead, Ramos became the center of the controversy at Arthur Ashe Stadium. Celina Liu ’19 of Stuyvesant High School shares similar views: “The umpire’s job is to mediate, not inflame the situation,” Liu said.

Overall, the U.S. Open Women’s Tennis Finals could have been handled in a more professional manner. Poor referee skills made the situation more complicated than it should have been. In the end, Serena Williams left without her twenty-fourth and record breaking grand slam title, while Naomi Osaka left in tears of guilt although she was crowned the 2018 U.S. Open Women’s Champion.