Serena Williams: A Victim of Herself 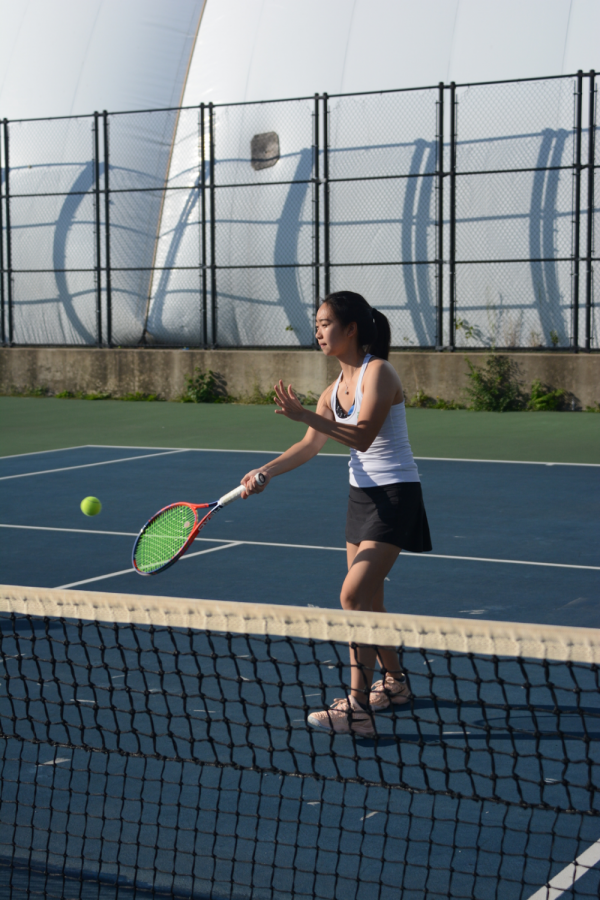 This year’s U.S. Open has seen its share of controversies. In the first round, Alize Cornet of France was given a code violation for “unsportsmanlike conduct” when she briefly took off her shirt (revealing a sports bra underneath) in the back of the court even though notable male players like Novak Djokovic have done the same without any penalty. However, the most controversial event was during the last week of the Open in the women’s singles finals between Naomi Osaka of Japan and Serena Williams of the United States.

In the Finals match, Osaka was leading by a set and only needed to win one more to become the first Japanese player, male or female, to win a Grand Slam, the biggest tournament on tour. During the second set, Williams was given a code violation for coaching, a call Williams disputed. At the conclusion of the fifth game, Williams received a second code violation for racket abuse which led to a point penalty. While arguing with the chair umpire, Carlos Ramos, who was explaining his reasoning for the violations, Williams called Ramos a “thief” and a “liar.” Ramos responded by giving Williams a third and final code violation for verbal abuse resulting in a game penalty.

During their argument, Williams said to the supervisor, “Men out here are doing a lot worse, but because I’m a woman you’re going to take this [game] away from me?” In the post-match press conference, Serena stated that she was a victim of sexism and was standing up for what she believes was right.
“Although it wasn’t Serena Williams’ fault that her coach was coaching her, she overreacted to the coaching violation especially since her coach admitted to it,”said Montana Lee ’20.
Her comments have garnered mixed reviews from the tennis world. Tennis greats such as Billie Jean King agreed with her comments, tweeting, “Thank you, @serenawilliams, for calling out this double standard.” On the other hand, eighteen-time major winner, Martina Navratilova disapproved of them going so far as to write an op-ed for ‘The New York Times’ contradicting Williams’ comments. In it, she wrote that Williams and Ramos were not on the same page; Williams kept insisting that she does not cheat, while Ramos made a call that he cannot change at the time. The current female world number one, Simona Halep, also came to the defense of Carlos Ramos saying that she sees no difference in how male chair umpires treat male or female players.

Serena Williams and her team were in the wrong, and the blame falls squarely on their shoulders. The rules are the rules. In an interview after the conclusion of the match, Williams’ coach, Patrick Mouratoglou admitted to coaching and accused Osaka’s coach of coaching, an accusation Osaka’s coach, Sascha Bajin, denies.

The real victim of this Final was the winner, Naomi Osaka. During the trophy ceremony, she was booed by the crowd and apologized for winning the match. In her victory speech, she took the high road and thanked the crowd for watching. Students at Bronx Science agree that it was a shame she had to go through that terrible experience after her first Grand Slam title.
“I feel so sorry for Naomi Osaka. Could you imagine feeling guilty for winning the U.S. Open?” said Sophie Zinberg ’19.
This is not the first time Williams had been given code violations for verbal abuse of the officials at the U.S. Open. During the 2009 semi-finals, a lineswoman correctly called a foot-fault against Williams, giving Belgium’s Kim Clijsters break point. Williams proceeded to threaten the lineswoman which earned her another code violation and a loss of a point. This led Clijsters to win the match and eventually win the Open.

Cassie Tian ’19 summed up her experience of watching the match saying, “Serena did not act mature and ruined what should have been a life-changing experience for Osaka.”

Serena Williams’ image of hard work, strength, and especially integrity was not ruined by the umpire, Carlos Ramos, but by herself. She dug herself into a deep hole during the match. Instead of elevating her game to match Osaka’s, she chose to use deceitful tactics and play the “sexism card.” Serena Williams embarrassed herself and worse, embarrassed Osaka on one of tennis’ biggest stages.