Nationwide Gender Bias within the Sciences 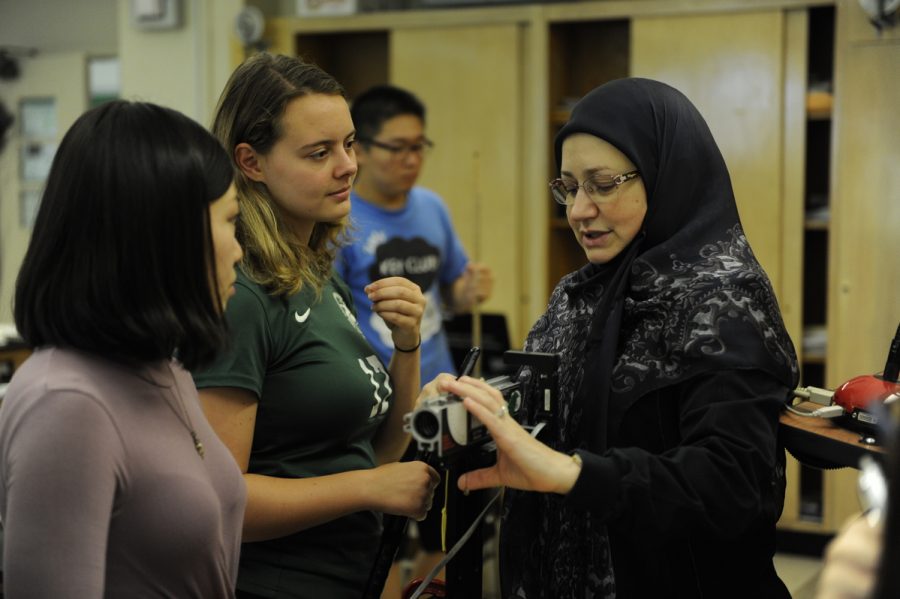 The numbers speak for themselves. Ten girls across Ms.Thomas’s two AP Physics C sections. Nine, twelve, and thirteen girls, respectively, across Ms. Lerohl’s AP Calculus BC classes. Approximately 25% of Engineering majors in the United States are women and 31.5% of Math and Computer Science majors are women, according to the Council of Graduate Schools from data collected in 2016. Whether it is at Bronx Science or throughout the country, it is clear that there is a distinctive lack of enough women pursuing careers in STEM related fields (Science, Technology, Engineering, and Mathematics).

There is an exception to this nationwide trend, however. Even though STEM fields are heavily dominated by males, the field of Biology seems to be the exception, with females making up more than half of Biology majors in the United States, and more than half of biology students in Bronx Science classes as well. This indicates a gender bias within the sciences themselves, where life sciences are favored over physical sciences and mathematics.

It is easy to pinpoint discrimination as the sole cause of the lack of representation of women in physical science fields, but it is only a factor. According to the study, ‘Gender Segregation in Elite Academic Science,’ by the National Science Foundation, when 2,500 biologists and physicists at elite U.S. research universities were surveyed, male and female scientists alike noted that discrimination was a factor in women’s decision to choose biology over physics, or to not choose a science career at all.
“I took both AP Physics and AP Biology during my junior year because I really wanted to immerse myself in both subjects and see which one I liked best. I think the reason for why I chose medicine over physics was the wrong idea of being able to directly help people and make a change in the world.”
Bronx Science has taken a leading role in the high school community against these prejudices. Bronx Science strives to proactively empower its female students through groups such as the FeMaidens and the National Organization for Women. It champions the idea that everyone, despite their gender, can lead in scientific discovery and can, most importantly, inquire, discover, and create. Yet, even at a school that is progressive, why is it that we still see more women taking Post AP Biology classes rather than AP Physics C classes?

One answer is confidence, which can be attributed to the differences in the way girls and boys are raised. “During elective day, I frequently hear from girls with a 95+ in AP Physics 1 who are hesitant to take AP Physics C because they are worried that it will be too challenging, and boys with an 88-89 in AP Physics 1 who are appealing to take the class and are confident that they will be successful,” said Ms.Thomas.

She further explained that while our society in general trains men to be adventurous and encourages them to make mistakes, women are expected to to be perfectionists. This can make a lot of girls uncomfortable taking a class like Physics C where “everyone struggles and sometimes fails,” explained Ms. Lerohl.

Beyond the classroom, women often shy away from physics, chemistry, and math because these subjects aren’t viewed as having an impact upon their everyday lives. Ms. Thomas describes her own experience in STEM. “When I started college, I planned to get a Ph.D. and pursue a career in Chemistry research, but after two summers of research, I changed my mind. I found research to be very isolating, and my own experiment was a tiny piece of a larger puzzle which would take years, maybe decades, to investigate. I decided to go into teaching instead because I wanted a career where I could work with other people and have a direct impact on their lives, which I think is also why a lot of girls prefer to study biology or medicine over physics.”

Sakshi Shah ’19 echoes this. “I took both AP Physics and AP Biology during my junior year because I really wanted to immerse myself in both subjects and see which one I liked best. I think the reason for why I chose medicine over physics was the wrong idea of being able to directly help people and make a change in the world.”

However, this is not to say that a degree in Physics or Engineering is not equally valuable. Engineers ensure that our natural resources are used efficiently, help to build infrastructure in developing nations, design more fuel-efficient aircrafts, and solve the world’s technical issues. They develop electrical sockets for refugee camps, design quake-proof glass, and invent new systems to store Carbon Dioxide. The field requires creativity as much as excellence in math and science, and can be essential to the betterment of society. Therefore, it is important to utilize all possible human capital by encouraging more women to study the subject as well.

Bronx Science teachers have taken the initiative to individually reach out to female students. Some junior year physics teachers, such as Mr. Morrell, have spoken with female students who are particularly strong in the class and encouraged them to enroll in Physics C, which can help to give them the confidence they need to enroll in the course. This is simply the first step of many needed to empower women to enter more male dominated careers.

“I know I want to be an engineer when I grow up, and I love that my teachers continue to push me towards my goal. In addition, programs like Girls Who Code and Engineer Girl provide essential support systems. I think that as a society we have taken great strides in addressing the issue. That being said, there is always more we can do to make women feel welcomed in such a restrictive field,” said Ginger Lau ’19.