There’s Nothing Wrong With Apu 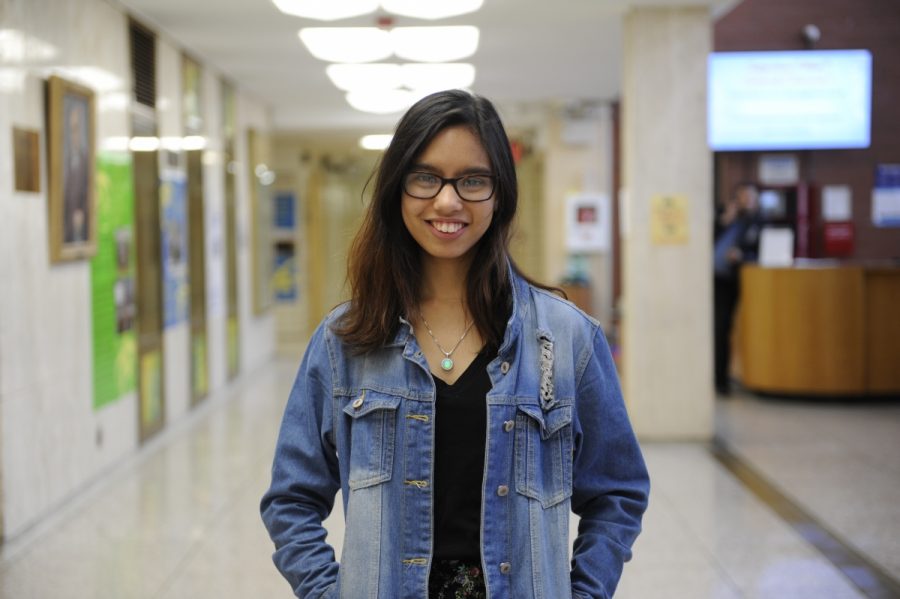 When I was little, I went to a 7-11 with my father to get a slushie. When he went to pay for it and the cashier saw our skin color, he said, “Thank you, come again,” in an over-exaggerated accent.

My parents, having never seen an episode of ‘The Simpsons,’ smiled. My brother, a college student, rolled his eyes.

Of course, the cashier was making a reference to Apu Nahasapeemapetilon, the Indian owner of the Kwik-E-Mart voiced by Hank Azaria, or as comedian Hari Kondabolu put it, “a white guy doing an impression of a white guy making fun of my father.”

Comedian and native New Yorker Hari Kondabolu addressed the aforementioned character in his new documentary, ‘The Problem With Apu’ which premiered on TrueTV last November. A first-generation Indian American like myself, Kondabolu has dealt with the stereotypes that the ‘The Simpsons’ has emulated his whole life. In the opening scene, someone said, “Thank you, come again,” in the Apu accent while Kondabolu was performing. His response was, “I know you from high school even though I don’t. You’re the reason I do comedy, sir. You’re the reason I thought to myself, ‘nobody like us exist except as this cartoon character.’”

Before we’re labeled as crybabies who hate something that was fine in the 1990s in the name of current trends of political correctness, let me clarify my stance: I don’t hate Apu! He’s a funny character and has a very interesting backstory. Honestly, he’s one of the most well-developed characters on the show. In the context of the show, his stereotypical characterization is normal. If anything, he’s much more likeable than Homer.

‘The Simpsons’ is famous for stereotyping everybody: Homer is the bald, clueless, blue-collar worker. Marge is the tired housewife with the idiot husband. Groundskeeper Willie is the redhead, angry Scotsman. Luigi is the Italian with a thick accent who owns a pizzeria. Groundskeeper Willie and Luigi are even on a bowling team called The Stereotypes. Springfield itself is the stereotypical, suburban American town. Stereotypes are normal for the show and without them, it wouldn’t be nearly as funny as it is.

Bronx Science Physics teacher Mr. Ronny Rahman agrees, and even sees Apu as someone who resonates with a lot of the struggles that South Asians dealt with when they first came to America. “Apu’s struggle with arranged marriage is something that many South Asian Americans have struggled with since they were the first generation in America,” Rahman said. “Apu also could not make time to be with his family and show his wife affection due to his long work hours in one of the episodes, which many immigrant families face when parents have to work long hours to provide for their children.”

In almost every way, Apu, Luigi, and Groundskeeper Willie are the same: stereotypes for people from different countries. The only difference is that there are other Italians and Scottish people represented on television.

South Asian Americans on television and movies weren’t common until the last fifteen years or so. The first real brown person I saw on television was Mindy Kaling on ‘The Office,’ and she instantly became a role model to me. I wasn’t aware of this when I was ten-years-old, but Kelly Kapoor was the first Indian I saw who wasn’t a stereotype. Before I saw her, the only other person with my skin color on television was Baljeet from ‘Phineas and Ferb’ and he was as stereotypical as you can get: he stresses over his grades (he dressed up as a failing test for Halloween), can solve math questions in seconds, is a sci-fi geek, can’t talk to girls, and has overprotective parents.

Think about it from from my perspective: all Indians are supposed to be good at math, right? Baljeet’s good at math. He was the only representation that I had of myself. But I’m horrible at math! Was I letting my whole culture down? In my adolescent mind, I was.

Besides that, it groups South Asians, a diverse people, under one category. People from Pakistan, Bangladesh, Sri Lanka, Bhutan, Nepal, the Maldives, and Afghanistan (no, they’re not in the Middle East) are all called “Indian.”

“Thanks to characters like Apu, South Asians are always referred to as “brown,” but what a lot of people don’t seem to realize is that there’s more than one brown,” said Anika Lamia ’18. “I can’t even count the number of times people have just automatically assumed I’m Indian or asked me to speak ‘Hindu.’ First of all, I’m Bengali, and second, ‘Hindu’ isn’t even a language. It’s Hindi.”

In 2015, Aziz Ansari premiered  the brilliant ‘Masters of None,’ which shows first-generation Indian American Dev’s (also my brother’s name) everyday life in New York City. Afterward, Priyanka Chopra busted into the scene as an FBI agent out to save the world in ‘Quantico,’ Riz Ahmed (British, but he counts) as an Imperial pilot in ‘Rogue One,’ Kumail Nanjiani as a programmer in ‘Silicon Valley’ and himself in ‘The Big Sick,’ and Kal Penn as the White House Press Secretary and speech writer in ‘Designated Survivor.’ Kondabolu lovingly calls this the “Post-Aziz-and-Mindy Era,” or P.A.M. for short.

And, if I may add, some great music from many South Asians has been released in the past few years, too. Raja Kumari blends traditional rhythms with hip hop and pop and wrote songs with Fall Out Boy, Gwen Stefani, and Fifth Harmony in the past. Jai Wolf is a DJ born in Bangladesh and grew up in Long Island. Heems is a Queens-native Indian rapper who has been in the hip hop group Das Racist and is currently working with British-Pakistani actor Riz Ahmed, AKA “Riz MC,” in the Swet Shop Boys. They rap about a variety of subjects, from being “randomly selected” by the TSA, to living in a South Asian household, to classic songs about liking girls. Riz MC also rapped in “Immigrants (We Get The Job Done)” from ‘The Hamilton Mixtape.’

But until this South Asian renaissance, Apu was all we had.

The stereotype, whether intentional or not, has followed South Asian Americans like myself for their whole lives. It’s hard enough to live with a name nobody can pronounce, but when it’s coupled with an exaggerated accent and middle schoolers asking me for help with their math homework, life becomes exceptionally harder. And, because of my skin color, there’s no escape from it.

And even now, with all ten of the South Asian Americans on T.V., typecasting is still a huge issue: in 2017, Penn tweeted a series of scripts handed to him in his early years in Hollywood. One asked for a “Gandhi Lookalike” while the rest wanted him to do an Indian accent even when it wasn’t needed for the story. “They were awful. ‘Can you make his accent a little more AUTHENTIC?’ That usually meant they wanted Apu,” Penn said in a tweet.
“If they weren’t indifferent about the matter, I think the writers and creators of ‘The Simpsons’ could have made a very tasteful episode or opened up a conversation about Apu and Hari Kondabolu’s interpretation of him.”
While the documentary came out in 2017, ‘The Simpsons’ helped it make headlines again by referring to the documentary in an April episode. In the episode, Marge is talking to Lisa about an old children’s book she edited to be a bit less offensive and, in return, less fun to read. When Marge asked what to do, Lisa said, “It’s hard to say. Something that started decades ago and was applauded and inoffensive is now politically incorrect. What can you do?” and looked at a picture of Apu with the words, “Don’t we have a cow, Apu,” written under it set on her nightstand. Marge replied, “Some things will be dealt with at a later date,” to which Lisa said, “If at all.”

The response was criticized by many who expected more from the show. Surely, they’ve watched the documentary and realized that it wasn’t just an hour of Kondabolu saying, “Apu is racist. I hate ‘The Simpsons!’ and a series of South Asian Americans agreeing with him. The irony in it was having Lisa, a character seen as the “normal” and most-thoughtful member of her family and the show as a whole, call out political correctness when that wasn’t even the point Kondabolu was making.

Hari Kondabolu responded in a tweet, stating, “In ‘The Problem with Apu,’ I used Apu & The Simpsons as an entry point into a larger conversation about the representation of marginalized groups & why this is important. ‘The Simpsons’ response tonight is not a jab at me, but at what many of us consider progress.”

Rahman agreed that the response was very indifferent, but, “…unfortunately people have the choice of being indifferent without consequences. If they weren’t indifferent about the matter, I think the writers and creators of ‘The Simpsons’ could have made a very tasteful episode or opened up a conversation about Apu and Hari Kondabolu’s interpretation of him.”

To be fair to ‘The Simpsons,’ they did poke fun at Apu’s stereotypes through his American nephew Jamshed “Jay” Nahasapeemapetilon. Jay, voiced by actor Utkarsh Ambudkar, turns the Kwik-E-Mart into a hip, health foods store called Quick & Fresh and becomes angry at his uncle for being such a cliche. Ambudkar describes himself as a loyal ‘Simpsons’ fan, but he’s grown to hate Apu for being a stereotype. In ‘The Problem With Apu,’ he says, “I just wonder how many Indian Americans, South Asian Americans, have had to deal with this. This guy, this Apu, this one character created so many problems, psychologically, emotionally, for so many people. They didn’t mean for to happen. We were just under represented and so we struggled.”

Then came Hank Azaria’s response. In the documentary, getting the voice of Apu to appear became a running gag. Kondabolu would go on the streets, asking random people if they knew that Apu was voiced by a white guy and sharing the e-mail exchanges he had with Azaria’s representatives. In the end, Azaria decided not to be in the documentary, saying that he was afraid of how Kondabolu would portray him.

Since then, Azaria’s been more open about the subject, saying that the documentary has “really opened his eyes” and that he thinks that, “The most important thing is that we have to listen to South Asian, Indian people in this country when they talk about what they feel and how they think about this character,” on ‘The Late Show with Stephen Colbert.’ He’s even offered to stop voicing Apu and is, “perfectly willing and happy to step aside, or help transition it into something new.” He’s also noted how there aren’t many, if any, South Asian writers and directors involved in making episodes like the ones with Apu and the response. “Listening to voices means inclusion in the writer’s room.”

The biggest issue many have with seeing a character like Apu as a problem is that they are still amused by him. In ‘The Simpsons’ universe, he’s a very normal stereotype. Why is it now that South Asians are speaking out that it’s a problem? The fact is, something can be really funny and still be wrong or morally questionable. ‘The Simpsons’ is very mechanical in how they stereotype all their characters. The problem with Apu was probably just a blind spot the writers didn’t take into consideration, and that is perfectly understandable.

But now that its flaws have been revealed, it’s time to introduce more South Asian actors to diverse roles in Hollywood. We don’t need anymore cab drivers, deli owners, or foreign exchange students with thick accents.

“Due to more familiarity with South Asians in American media, we should see more complex and nuanced representation of South Asians in the future,” said Rahman. “I hope we can continue the recent trend where South Asian actors and comedians do not have to resort to the thick accent to stay relevant.”