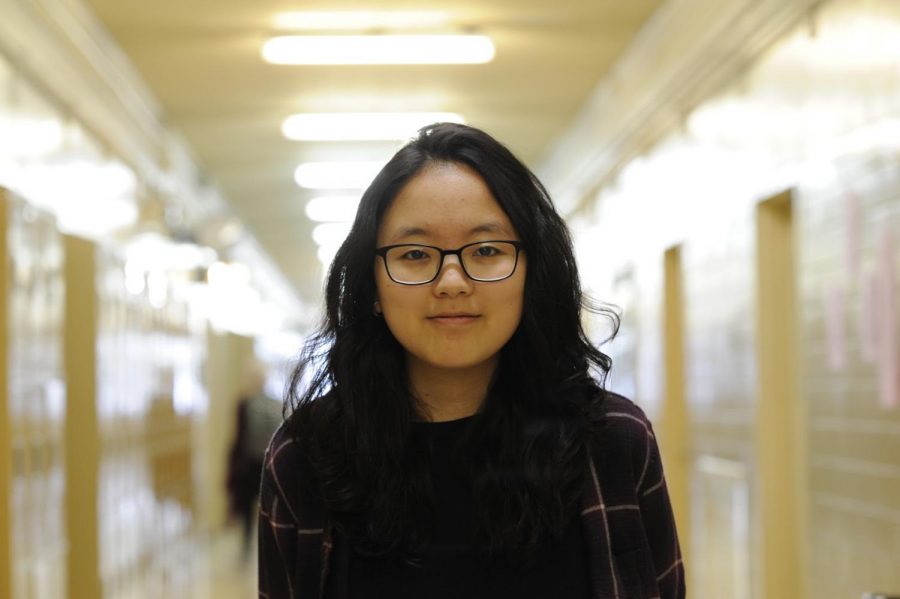 Tenzi Zhuoga ’19 shares her opinion regarding the appreciation of cultural representation.

This February 2018, America celebrated Black History Month and Abraham Lincoln’s birthday. These nationally recognized holidays are a key part of modern American culture, giving us time to reflect on past injustice and look toward a brighter future.

Today, the concept of racial equality is one we as New Yorkers embrace in our diverse city, but we live in a progressive bubble. The rest of America has not embraced diversity as readily as our city has.  Living in post-Trump America, it is clear that a national discussion about race is necessary. Our achievements in racial equality have been remarkable, with movements like ‘Black Lives Matter’ and ‘Black Power’ focusing national attention and efforts toward modern day inequalities, but our reluctance to admonish President Trump for the overtly racist things he has said shows we have a long way ahead of us.
We are in the twenty-first century, but our actions are from the Pre-Civil War era.
It has been decades since the height of the Civil Rights Movement, but there is still systemic and social racism in every pocket of American society, from job interviews to the internet to the courtroom. President Trump is infamous for his tweets, and while they may be amusing at times, they are also concerning. On January 28, President Trump has tweeted that black unemployment has reached its lowest record. While the statistic is not wrong, the tweet is still disturbing because Trump is giving himself sole credit for this achievement. Black unemployment has been decreasing since the Clinton and Obama years. What Trump failed to mention in his tweet is that black unemployment is still double that of white unemployment, continuing a longer trend of economic oppression and class segregation of Black Americans. Joy Lin ’19 said, “The fact that black unemployment is lower than white unemployment just reveals that we haven’t progressed at all. In fact, it just shows how we are exactly the same as the people from Pre-Civil War America.”

On January 30, 2018, President Trump held his first State of the Union address. Many members of the Congressional Black Caucus, a political organization made up of African-American members of Congress, chose to boycott the event. This revealed the disunity in the government. The State of Union Address is as old as the United States itself; George Washington made the first unofficial address in 1790. The fact that the Black Caucus skipped the event reveals how delicate race relations really are in Trump’s White House.

Maxine Waters, Representative for California’s forty-third congressional district, and John Lewis, Representative for Georgia’s fifth congressional district, were reluctant to attend the Address because they felt insulted by the President when he made a remark calling Black and Hispanic countries “***** countries” — this comment clearly implies utter disrespect for African countries and a complete lack of diplomacy.

Rajaa Elhassan ’19 was not surprised by these comments. “As a person of Sudanese descent, I find some of his comments highly untrue, considering the African continent has a long history of achievement, innovation, and development,” she said. In addition to being morally wrong, this rhetoric threatens our diplomatic relations with African countries such as Rwanda while China begins to form a better relationship with them.

In addition to the boycott, members of the Congressional Black Caucus who did attend took a stand of their own by wearing traditional African clothing. Representative Bobby Scott  wore kente clothing, native to Ghana, to take a stance against the President. Tenzi Zhuoga ’19 supports this stance. “America is filled and known for its diversity with hundreds of different cultures. This diversity should be able respected, whether it is through clothing or traditions. It shouldn’t be a protest against America, but rather a representation of it,” Zhuoga said.

The President’s actions are naturally frustrating to many, but what is even more concerning are the lack of responses. First Lady Melania Trump has been accused of hypocrisy because her tweets do not coincide with the actions of her husband. On February 1, 2018, she tweeted, “Today marks the start of #BlackHistoryMonth. Let this be a time to come together in a celebration of diversity.” While she tweeted about appreciating cultures, her husband was disrespecting them. It is true that the two might have differing opinions, but it is ironic because it reveals how lightly the First Family considers this situation to be a problem. Their actions imply that they perform certain actions simply for the sake of appearances and not because they stand by them. As POTUS and FLOTUS, they represent the entire nation, and these remarks portray Americans as uncultured because it suggests that we are fake, ethnocentric, and whitewashed.

The reality is that racism still exists in our society today. We are in the twenty-first century, but our actions are from the Pre-Civil War era. During this unstable time, it is crucial to stay engaged when our president does not support equal rights for all.