The Bubble of Bitcoin

Bitcoin's has had an alarming ascent. 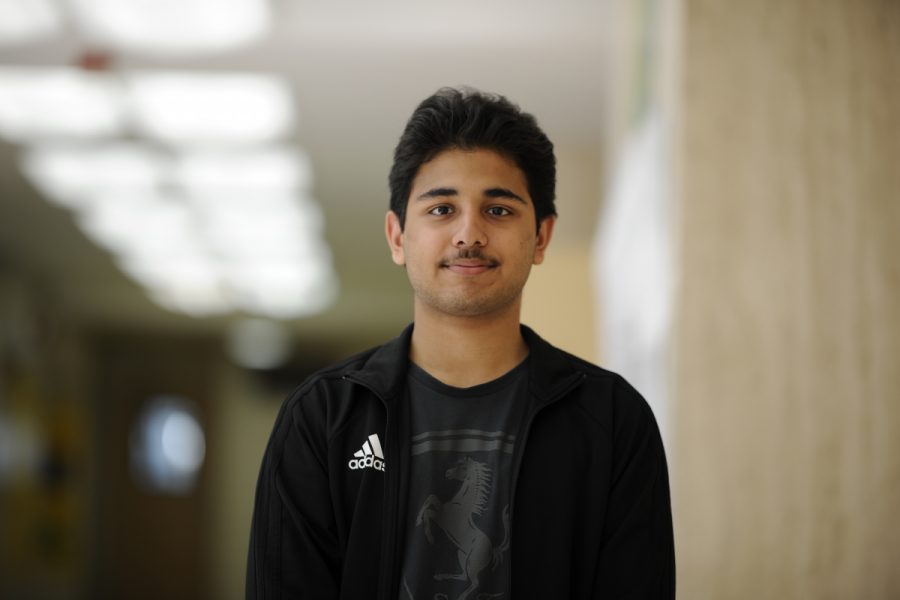 Jehiel Butt '19 is alarmed by the rise of cryptocurrency.

Our imagination has helped created virtual universes with some of the most powerful characters. Whether it is Black Panther or Luke Skywalker, a heinous villain or a benevolent superhero, they have all become a part of an alternative reality for many of us. Now, virtual currencies help us continue to transcend the physical realm with objects that seemingly are there but not there.

As the new year rang in, Bitcoin hit new heights of 13,000 dollars per coin. A year before, such a notion would be utterly dismissed with Bitcoin prices failing to break a thousand dollars. Such has been the character of this speculative asset, which has never posed a systemic risk but constantly keeps investors worrying about a correction. No one in the traditional economic setting could surmise that it would reach the level it is at today, but still, uncertainty looms over the arcane existence of this digital currency.

So what is Bitcoin? Bitcoin was a new cryptocurrency founded in 2009 by a man named Satoshi Nakamoto, who has made no public contact since the currency’s release; it is still unclear whether this is even, in fact, his name. Bitcoin was initially founded to create a currency that was completely devoid of any central entity. During the 2008 stock market crash which sent reverberations across the globe, governments heavily regulated bank, including in Greece, where federal officials went to the extent to prevent citizens from withdrawing their personal assets.

Bitcoin which became more ‘laissez-faire’ than paper currencies, provided a solution, allowing the user to have complete control over their earnings. In further defiance to any regulation, another hallmark of Bitcoin has become the anonymity tagged to Bitcoin transactions. While traditional currencies are constantly tracked and linked to a particular person (his/her account number or social security number), Bitcoin uses encryptions and blockchain technology to obscure their identity.

This seemingly unlimited freedom that attracts people to Bitcoin however also creates problems for the company. For example, without Bitcoin being regulated by a separate entity, prices are much more liable to fluctuate. Additionally, Bitcoin is often used for illicit activities due to its untraceable nature; consequently, hackers often receive no punishment. In order to curtail these activities, however, there are people who are called ‘miners.’ Miners utilize a novel technology called Blockchain. Blockchain is essentially a record of all the transactions, which with the help of Miners are verified and approved, will simultaneously keeping users anonymous.

The name miners may conjure images of pickaxes being pounded in a dull cave and to an extent, this backbreaking work is similar to the mentally exhausting bitcoin mining process. For Bitcoin miners, the process includes solving a math problem to ‘mine’ a Bitcoin from the approximately 4.3 million that remains from the total of 21 million Bitcoin that initially existed. The math problem adjusts its’ difficulty so that approximately one Bitcoin is mined every ten minutes.

This opportunity has a set off a fierce competition among growing numbers of miners who currently computers with both powerful processors and that consume large amounts of power. Floods of miners have congregated and with appliances like the Antminer S9 that cost about 8,000 dollars, they are faced with the decision of whether the risk is worth the reward. Appliances as such, however, often require an enormous amount to solve complicated algorithms and these Bitcoin ‘monsters’ are already consuming 20,000 gigawatts per years, a mammoth number which equals the entire island of Ireland. Though electricity consumption is expected to rise in concurrence with the exponential increase in Bitcoin value, miners continue to use more energy-efficient processors. While first, many miners used their own computers and graphic cards — cards that are used for gaming — they found that these processors used too much electricity and often got overheated and therefore now commonly use ASIC chips (Application-Specific Integrated Circuit) which are both energy efficient and more adept at solving the algorithms.

While interest in the mining field has exploded, banks are feeling the converse effect. The introduction of a digital currency like Bitcoin and the accompanying Blockchain, users of Bitcoin have completely eliminated the need for banks to process transactions while making them low-cost and faster. Blockchain technology also effectively eliminates the need for cybersecurity and supply chain management who keep records of transactions.
Appliances as such, however, often require an enormous amount to solve complicated algorithms and these Bitcoin ‘monsters’ are already consuming 20,000 gigawatts per years, a mammoth number which equals the entire island of Ireland.
Bitcoin’s impacts are still relatively unknown and unexplored, however, the cryptocurrency industry has rapidly expanded. Over 40% of the cryptocurrency in the world still exists in Bitcoin-form, but other forms, like Ethereum and Litecoin, have become widely popular. With this incredible diversity and opportunity that seems to be blooming in this digital world, a question beckons itself as to whether this one-hit wonder will replace the traditional monetary system or crash out of the status quo.