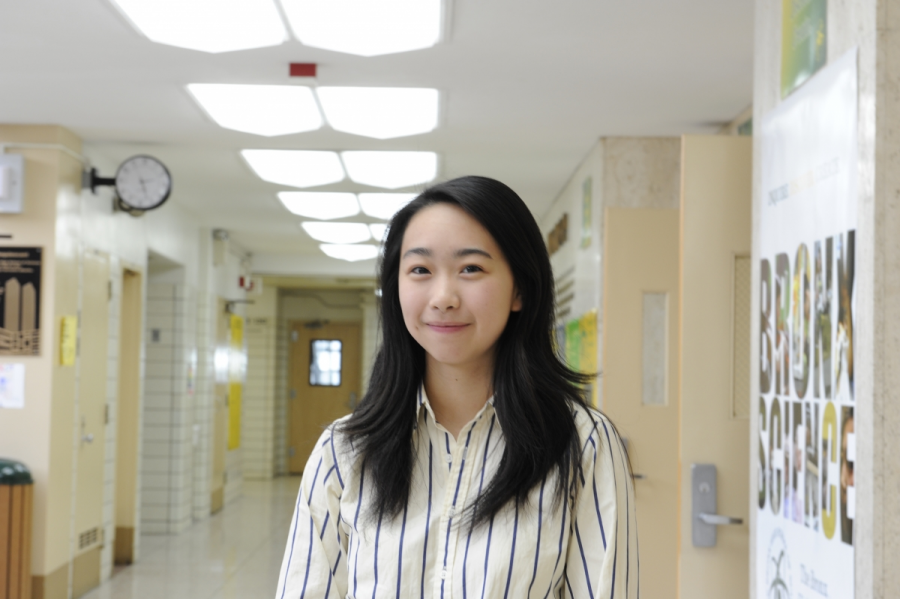 Cassie Tian ’19 shares her opinions on what she believes is the main contributor to the decline of trust.

Trust is the basis of all relationships. Whether it is trust in the government or trust within personal relationships, it determines how we act or think in social situations. However, with recent events such as the school shooting in Parkland, Florida and President Trump’s controversial actions, including the reversal on the climate change policy, the temporary travel ban to most Muslim countries, and the undoing of Obama-era waterway regulations, many American citizens have lost trust in their government.

Rachel Landis ’19, one of the organizers for the recent Gun Violence Walkout, a member of her local Democratic Club and Young Leaders of Manhattan (YLM) organization, believes that when people have trust in the government, they feel protected by the government. “Trusting the government means that the people of a country have confidence that the government will not purposely act against them,” she said. “It’s not necessarily that they feel the government will act in their best interests 100% of the time, however ideal that would be.”

Similarly, Cassie Tian ’19 states that, “Trust in the government means that people trust in the politicians that they elect to act in their favor.”

Despite having this seemingly ideal perception of trust, history has shown the rapid decline in trust.

According to polls conducted by the Pew Research Center, in 1964, over 70% of Americans recorded having trust in government. By 2015, this fell to 19%. Additionally, the amount of people who trust the President has fallen to 20% while those who trust the Congress is a historic low 6%, according to the Conversation, a news and media outlet.

Many students at Bronx Science shared their opinions on what can partially be attributed to the decline of trust, especially media portrayal of the news.

“The belief that mass media depicts the government in a negative light often affects the public’s perception of the government, and ultimately, negatively influencing their opinion,” said Darius Barbano ’19. “I think it is always hard to say because whenever you hear something that President Trump may or may have not done, it is always through the media and various people in the media have very strong opinions on Trump, whether they like or dislike him. They’ll give you different information on virtually every topic, so you really don’t know what to trust. There’s distrust in the government, but there’s also distrust in the media, which makes me unsure about what sources I can trust when I want to get information about what our government is doing,” Barbano said.

Some say the main contributing factor to these abysmal statistics is the Trump Presidency. Cassie Tian offered her opinions on this issue. “I think that Trump’s presidency has definitely contributed to distrust in the government because his decisions hardly ever act in the favor of the people. For example, many were outraged when he pulled out of the Paris Agreement, since it was such an important treaty for our environmental protection. In addition, the way he carries out foreign relations is very childish. For example, he resorts to Twitter when commenting on North Korea,” Tian said.

Dobroszycki believes that “[The] government has also taken actions in the last year that will inevitably doom institutions which are essential to society’s well being. Government has not only lied the public, but it has taken harmful action against the public welfare.”

On the other hand, some students disagree and feels that the increasing trend is mainly due to the financial issues and the increasing transparency of the funding that goes into campaigns and politicians.

“It is becoming more and more evident where people get their money from, and how it influences their political decisions.” said Pascal O’Neil ’19. “This is also due to a shift in the national discussion surrounding private interests and government accountability. Campaign finance reform used to be a partisan issue, where the democrats would support it and the republicans would oppose it. However, during the 2016 elections, it became the strategy of the Trump campaign to undermine her credibility and popularity by exposing the sources for the funding behind her campaign. This shifted the more right wing perspective of the issue, thus leading to more distrust in the government,” he said.
There’s distrust in the government, but there’s also distrust in the media, which makes me unsure about what sources I can trust when I want to get information about what our government is doing,” Barbano ’19 said.
In the midst of this, students shared their own opinion on what they believe can improve the trend of declining trust.

Pascal O’Neill ’19 believes that one action that could be taken is “overturn[ing] the Citizens United Supreme Court case which emboldened unaccountable private campaign funding.”

On the other hand, Rachel Landis ’19 said that the strive for electing trustworthy officers is what will most benefit the country. “It’s not as much a question of what American can be doing as it is a question of what the government can be doing,” Landis said. “There are several elected officials who are trustworthy, and do care about the country, and they have to be the ones who change the systems. We need campaign finance reform, voters rights reform, and type of legislation that ensures fairer elections. Officials need to repeal Citizens Action if the American people are ever going to believe that they’re more than a corporate mouthpiece.”

Despite the different opinions, Darius Barbano ’19 said that we need less biased and more honesty amongst personnel of publication industries and operations. “I think the burden really rests on journalists to become a little bit more honest and less biased when doing the reporting. If they were to do that, it would be much easier to get solid information on what the government is doing and what they can work on.”

With numerous reasons that could explain this trend, who is really responsible for it all? Or are there multiple organizations held accountable? Hopefully, with the efforts of the public, especially the students who will be the future generations to lead the nations in upcoming endeavors, this growing trend will come to a stop.