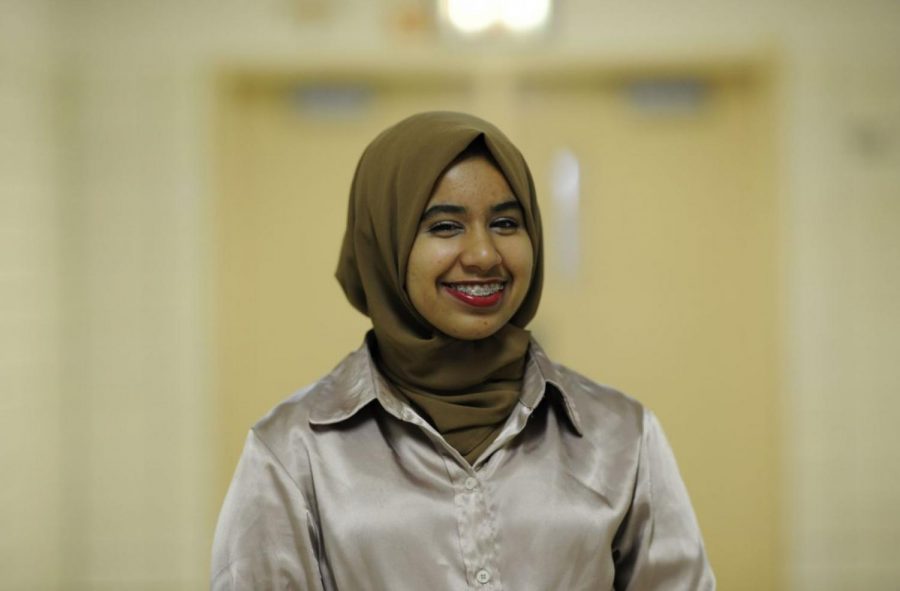 Rajaa Elhassan '19 relates her experiences about the extreme weather in Florida.

In December 2017, the United States became the only country that has not agreed to sign the Paris Accord, an agreement where its participants aim to fight climate change and work to keep the global temperature below 2℃. President Trump and many Republicans do not view climate change as a priority, showing neglect to a problem of human influence that is damaging the Earth.

It is completely outrageous that President Trump and his administration have gone out of their way to derail the environment. Time and time again, scientists have iterated that climate change poses a threat to this planet, leading to massive repercussions if we, humans, do not start implementing changes immediately. When the budget blueprint for the Trump Administration was released earlier this year, it cut spending for the Environmental Protection Agency. Cutting funding for an organization whose sole purpose is to protect the environment fails to accomplish anything but hurt our world.

The consequences of global climate change have been worsening since the industrialization of the world, which sped up the global warming. The global temperature has been increasing, posing major dangers with the loss of natural habitats and glaciers melting. This affects all of the inhabitants of the Earth. Animals are losing their homes and the resources they need to survive. The situation for humans is becoming more and more dire as there is less and less fresh water available, making the water deficit in the world even larger. The sea levels are also rising which is a result of the glaciers melting and the global temperature rising.
“I was excited to experience calm, mild weather – a break from the hot summer climate, but what we got was an abrupt introduction to the skin-piercing winter weather,” said Aidan Domondon ’21.
In response to this, the Mayor’s Office released a report on Preliminary Climate Resiliency Design Guideline to ensure safety measures in case of extreme flooding and heat. The report shows that by 2050, certain parts of Manhattan will be covered in water. The thought of a borough being covered by water is hard to believe, but definitely a possibility with the weather that we are experiencing.

Coming from a school where science plays a big role in our education, it is difficult to agree with outrageous claims against global warming. The effects of global warming are not unbeknownst to us, especially as New Yorkers. Up until mid-November, the temperature was still in the 70’s. From then on, we experienced both  extremely hot and cold days.

“I cannot deal with this excessively fluctuating weather,” Anika Anvekar ’19 said. Many other students share her sentiments. “I was excited to experience calm, mild weather – a break from the hot summer climate, but what we got was an abrupt introduction to the skin-piercing winter weather,” said Aidan Domondon ’21.

This unpredictable weather that we’re experiencing in New York City is not uncommon; we are merely experiencing the least severe end of the spectrum. Up until December 2017, the temperature was in mid-60s. While New York City experiences unusually warm weathers, other parts of the world experience extreme climates.“Climate change has affected people worldwide; and personally, my family in Bangladesh has suffered from severe flooding which resulted in loss of money,” said Tasmia Kabir ’18.

The climate change that the Earth is undergoing is having massive repercussions. The weather around the world is evidence of that. We do not have to look far; we can just look at our own country with Hurricanes Harvey, Jose, and Irma as they were a strengthened by global warming. “I come from Miami, Florida and I see my friends experiencing three major hurricanes back to back and having to suffer the aftermath of that,” said Rajaa Elhassan ’19. It is a major issue that the world is experiencing destructive hurricanes in correlation with  human inaction in the world.

We as the citizens of this country need to show how important this issue is to us. In fact, there are many states that have become involved in an alliance to fight climate change. The United States Climate Alliance had ten different states, including New York, join its coalition in favor for the Paris Accord. We need more people to call their senators, representatives, governors, to have them join the coalition, because it is imperative we take action on an issue with such a presented impact upon our planet.