Is the Future Finally Bright for the Knicks? 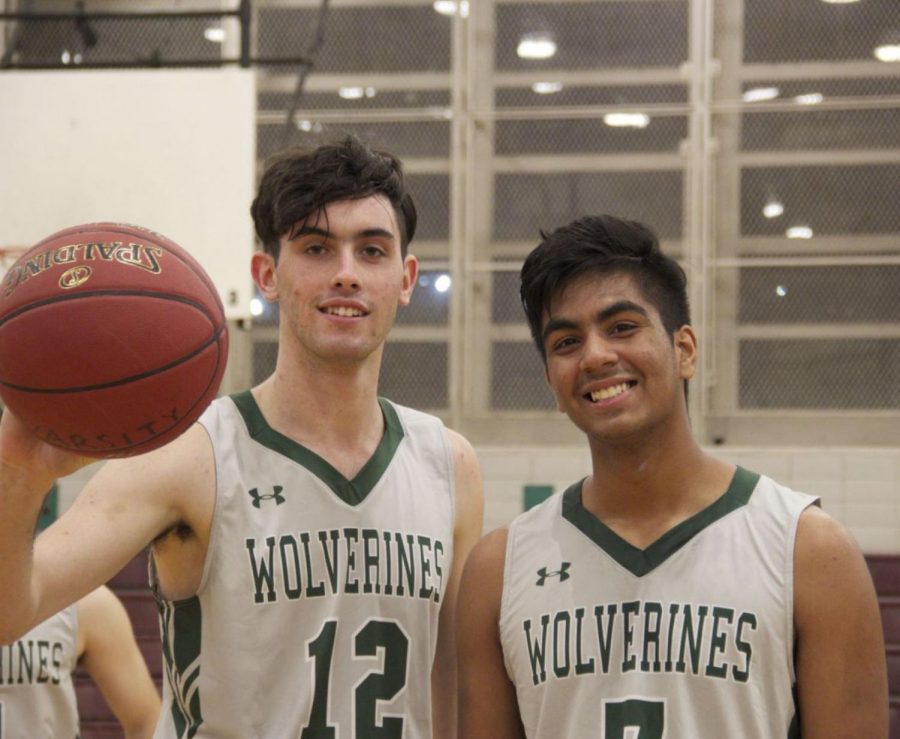 Jake Goldsmith ’19 and Sheikh Hasin ’19, both knick supporters, warm up for a basketball game on the Bronx Science Boys' Basketball Varsity team.

As many know, being a New York Knicks fan is no easy task. A typical Knicks fan has had to endure horrific basketball play, player drama, front office lunacy, and all around dysfunction. However, with controversial former General Manager Phil Jackson finally out of the picture, there is hope for a championship in the future.

But is this hope justified? After all, fans have been given false hope countless times, as evidenced by the drafting of Jordan Hill into the top ten in the NBA Draft of 2009, the signing of Amare Stoudemire in 2010, and the trade of Carmelo Anthony in 2011. All of these moves represent two primary problems of the past Knicks teams: either a poor player talent evaluation, or the team selling their future assets (salary cap room or young players) in exchange for veteran stars. While these stars look good on the roster, they are typically past their prime and have no good team around them since all the Knick’s assets disappear after poor draft picks or bad trades.

However, on April 21, 2017, the Knicks player strategy was changed with the hiring of upstart General Manager Scott Perry. “It’s like building a home. It takes time to establish that foundation, focusing on development and working hard and living with the results as we move forward,” Perry said during a press conference. This shows Perry’s desire to develop a core, a youth movement for the Knicks instead of signing veteran players This is a dramatic departure from Jackson. This long term outlook for the franchise has not been seen since the Patrick Ewing era for the Knicks, and it is a welcome change for any fan of the franchise.

With the rise of third year phenomenon Kristaps Porzingis, the Knicks have a franchise cornerstone to build around for years to come. In addition, the Knicks selected nineteen year old Frank Ntilikina as their eighth pick in the 2017 NBA draft, hoping the French point guard could contribute to the team at a high level. Ntilikina has shown flashes of dominance, leading the league in steals per minute.
“It’s important to understand that the Knicks can’t instantly make a contender like they have in the past. Slowly we are improving, and if we continue to rebuild properly in the off season, there is a lot to be excited about as a Knicks fan.”
The Knicks also traded away Carmelo Anthony to the Oklahoma City Thunder, which enables the team to give younger players more opportunities to play in games to get experience, as well as getting rid of the distraction  of the talented yet demanding superstar in Carmelo Anthony. This youth inspired optimism has many fans pleased with the Knick’s actions. They hope that the younger players will push the team to eventually become a championship contender.

Jake Goldsmith ’19, an avid Knicks fan and member of  the Bronx Science Boys’ Varsity Basketball team, shares this optimistic view. “The Knicks have made a lot of good moves in the off season in their attempt to get younger players, and this season, many of the younger players are having career years, so it’s fun to watch,” Goldsmith said.

Knicks fans can adopt a cautiously optimistic view on their beloved team for future. “It’s important to understand that the Knicks can’t instantly make a contender like they have in the past. Slowly we are improving, and if we continue to rebuild properly in the off season, there is a lot to be excited about as a Knicks fan,” Goldsmith said. Let us all hope that this time, the hope for a basketball championship in New York is finally accomplished!