Trump and North Korea: Fiery Words Can Spark an Inferno 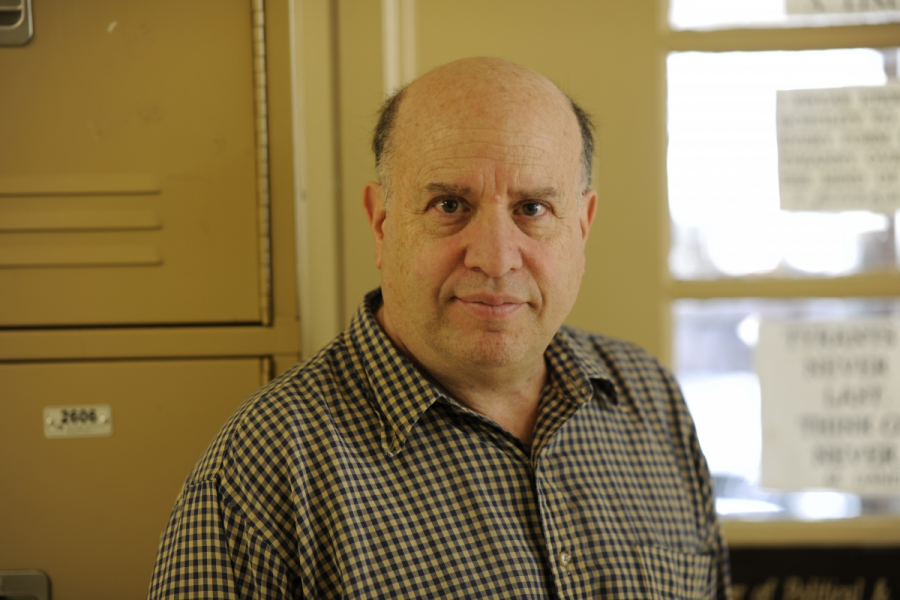 Mr. Schorr has spoken about North Korea and expressed his concerns over the current situation.

With the end of World War II in 1945, there came a concern that has affected all major powers of the world since: atomic weapons and the potential of nuclear war. For the last seven decades, all nations have managed to restrain themselves from using atomic weapons against a foreign power, in order to prevent sparking a conflict with the potential to quickly destroy life as we know it. The Cuban Missile Crisis brought us close to such a such a conflict, but we averted war through diplomatic action, part of the reason being that people in the past were well aware of the implications of a nuclear war.

In our current world, a crisis seems to be on the horizon once again, only this time, it appears that not everyone in power understands what war could mean. Tensions are rising between Donald Trump and Kim Jong-un, the leader of North Korea. The U.S. has placed sanctions on Kim’s regime, as North Korea develops its military technology and attempts to build up a nuclear arsenal.

There is one aspect that makes the current diplomatic tensions different from any similar post-World War II scenario in the past: the United States’ use of incredibly belligerent, confrontational, and provocative rhetoric, rhetoric that our representatives should avoid when handling a delicate situation such as this. President Donald Trump has derided Kim Jong-Un with epithets such as “rocket man” and “sick puppy.” Such language only heightens tensions and brings us closer to a war with unprecedented destructive potential.

In a speech to the UN in September 2017, Trump claimed “if the righteous many do not confront the wicked few, then evil will triumph.” During his UN speech, Trump also called the North Korean regime “a band of criminals” and stated “the United States has great strength and patience, but if it is forced to defend itself or its allies, we will have no choice but to totally destroy North Korea.”

As far as confronting the wicked few goes, if Trump chooses to launch an aggressive strike on Kim, he may be going up against more than North Korea. An article from the Chinese state-run newspaper ‘The Global Times’ published on August 10, 2017 argued that “China should also make clear that if North Korea launches missiles that threaten US soil first, and the US retaliates, China will stay neutral. If the US and South Korea carry out strikes and try to overthrow the North Korean regime and change the political pattern of the Korean Peninsula, China will prevent them from doing so.”

Even already, the United States’ aggressive stance against North Korea has become a source of diplomatic tension with other nations. Russia’s foreign minister, Sergey Lavrov, has stated “it seems, [the U.S. has] done everything on purpose, to make Kim lose control and make another desperate move,” and has also argued against additional diplomatic sanctions, stating, “we have said more than once that the sanctions pressure has in fact exhausted itself.”

Meanwhile, North Korea continues to develop its own weapons. On November 28, 2017, the North Koreans performed a test launch of their new Hwasong-15 missile. North Korea claims that its new missile reached an altitude of about 4,475 km (2,780 miles) and flew 950 km. It is hypothesized that this is the first North Korean ICBM with the capability to hit any target within the continental United States, including the Eastern Seaboard. That means that New York City, Washington, D.C., and all other East Coast cities are, for the first time, potentially vulnerable to a North Korean attack.

United States representatives responded to the Hwasong-15 test with more forceful rhetoric. At an emergency meeting of the UN security council, U.S. ambassador Nikki Haley stated “the dictator of North Korea made a choice yesterday that brings the world closer to war, not farther from it. We have never sought war with North Korea, and still today we do not seek it. If war does come, it will be because of continued acts of aggression like we witnessed yesterday. And if war comes, make no mistake, the North Korean regime will be utterly destroyed.”

On December 18, 2017 in an article published by the Korean Central News Agency, North Korea not only discussed the opposition with North Korea among Americans, but warned about a North Korea preemptive strike, claiming “the iron-willed DPRK’s preemptive nuclear attack against provocateurs is just not hot air.” Both sides claim that they want to avoid war, but exchanging threats exacerbates the situation not only for the two main powers, but for all nations potentially involved, bringing the world closer to a war with unprecedented catastrophic potential.

At the start of 2018, Kim Jong-un made an announcement that North and South Korea should work together to lower military tensions. Kim also offered to send a delegation to the 2018 Olympic Games, held in South Korea in February.

During the Cold War, leaders did everything in their power to prevent a nuclear war. It was recognized as having the power to destroy modern human civilization in a relatively short timespan. The nuclear weapons of today are even more powerful. If modern human civilization is to be preserved, there should be more effort to prevent war, not less. If the President wants to have successful diplomacy, he should not be tweeting about Kim Jong-un and North Korea using language such as “short and fat,” “madman,” or “won’t be around much longer.”