How Ronan Farrow brought justice to the most powerful man in Hollywood. 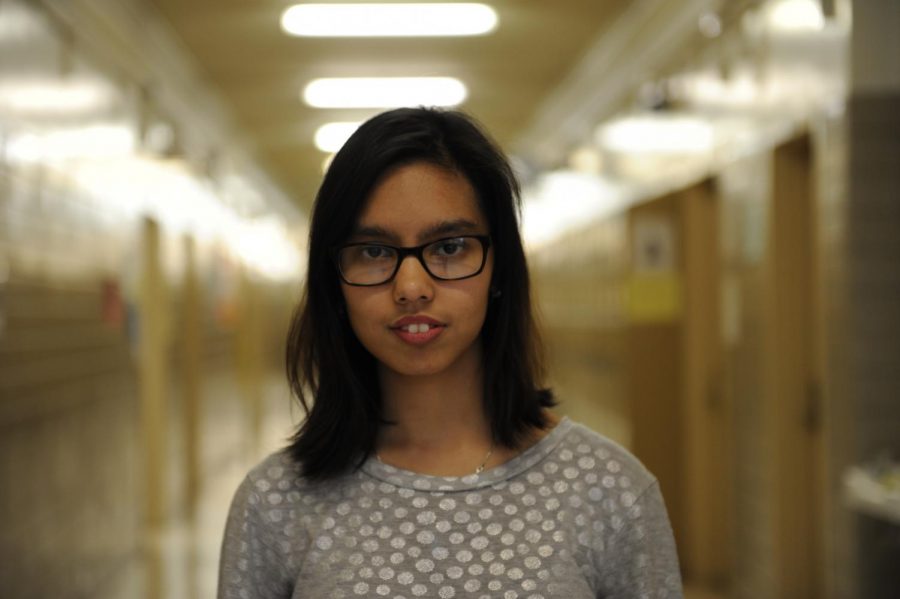 It all started with a tape.

In 2015, Italian model Ambra Battilana Gutierrez accused Harvey Weinstein of groping her. She went straight to the nearest police precinct, which had her meet Weinstein again with a wire. The resulting tape showed Gutierrez confronting Weinstein about the earlier incident, to which he said, “I’m used to that,” and told her to meet him in his room for five minutes.

Weinstein thought he successfully killed the story-until Ronan Farrow got his hands on it two years later. By now, the world has heard of Harvey Weinstein, the countless women he has assaulted, and the secrets Hollywood has hidden for decades. We’ve all seen the collateral effects of these revelations — bringing down powerful men like Louis C.K. and Matt Lauer, both accused of similar acts.

“It is a very important issue that is finally getting national recognition, and shows how widespread such horrors are,” Ryan Chung ’18 said. But who is the journalist that brought the situation into the national spotlight?

Meet Ronan Farrow, the man many are now calling “the finest journalist in the world.” He is the son of actress Mia Farrow and filmmaker Woody Allen, which pushed him into the spotlight as a child.

But he took his extraordinary circumstances in stride, graduating from Bard College at the mere age of 15 and Yale Law School at 21. At 22, Farrow got his first job, working for the Obama administration as a Special Advisor for Humanitarian and NGO Affairs, and Hillary Clinton as the Director of New York State’s Office of Global Youth Issues. At 24, Farrow received The Rhodes Scholarship, which allowed him to study international relations at Oxford University.

Armed with a résumé worthy of someone double his age, Farrow easily found opportunities to have his voice heard . His first jobs in journalism were writing op-eds for newspapers such as The Guardian, The Wall Street Journal, and The Los Angeles Times.

Farrow’s first notable story on sexual assault, published in The Hollywood Reporter, regarded his high-profile family. His sister, Dylan Farrow, accused their father, Woody Allen, of sexually assaulting her when she was only 7 years old. Although an investigation came up empty and charges against Allen were dropped, Farrow stood by his sister, saying, “I believe my sister. This is true as her brother who trusted her, and, even at 5 years old, who was troubled by our father’s strange behavior around her.”

In 2015, he became a correspondent at MSNBC, working on the ‘Today’ show, ‘NBC Nightly News’, and his own show, ‘Ronan Farrow Daily.’ It was MSNBC that assigned Farrow to the Weinstein story in its infancy. The tape by Gutierrez was the only lead he had at the time.
“It is a very important issue that is finally getting national recognition, and shows how widespread such horrors are,” Ryan Chung ’18 said.
Over a ten month investigation, Ronan followed the other reports filed against Weinstein for sexual assault and misconduct. He soon convinced more and more accusers to go on the record for him, until NBC decided not to go on with the story.

Although he has never spoken in depth about why NBC decided to stop pursuing his story, Farrow felt a need to continue his investigation, stating on “CBS Sunday Morning” that, “in terms of the gravity of the evidence, it would have been impossible for me to live with myself or answer to the many women I have already interviewed if I had stopped.”

But as the evidence stacked up against him, Weinstein caught wind of his imminent demise. In a ‘New Yorker’ article published on November 6, 2017, Farrow detailed how the film producer hired agents from the private Israeli intelligence firm Black Cube to intimidate those who were coming forward and stop the publication of Farrow’s story. Agents went so far as to invite Rose McGowan, an actress who went on the record about Weinstein, to speak at a fake women’s rights gala so they could extract information about the story from her. The agents were recruited to “kill forthcoming stories and ferret out information about which women were talking,” Farrow explained in The New Yorker.

Soon thereafter, Weinstein’s lawsuits began. In an interview with ‘CBS Good Morning,’ Farrow said that, “when Harvey Weinstein threatened to sue me, it was like the scene in ‘Harry Potter’ where an invitation to Hogwarts is coming in through every window and fireplace and every opening in the house.” Jake Fogelnest of The Hollywood Reporter described the situation as “‘Gaslight’ meets ‘Spotlight’ meets ‘All The President’s Men.’”

After ten months of investigation, on October 23, 2017, Ronan finally compiled all the evidence, walked into ‘The New Yorker’ headquarters, and published his now-famous story: ‘From Aggressive Overture to Sexual Assault: Harvey Weinstein’s Accusers Tell Their Stories.’ The story caused a firestorm, brought sexual assault into the spotlight, and led to a flood of women coming forward to tell their stories of sexual harassment and abuse.

But even with everything he’s gone through, Farrow won’t accept credit for everything that is happening. In every article that he’s written since the scandal broke, he has never failed to give credit to the women who came forward to him and put their careers and reputations on the line in the process.

And with that, the seemingly endless number of women coming forward now has to be addressed. Many feel that there are too many accusations coming forward now. People are getting frustrated over how many of the celebrities they loved are being revealed as monsters.

But no matter what, women and men should be given the benefit-of-the-doubt when they come forward with these claims. Reporters like Ronan Farrow, who trusted the women he interviewed and gave them a reliable platform to speak out on, have created a ripple effect in the media, giving more people the courage to come forward and finally have their voices be heard. We need to understand how hard it is to make such claims when you don’t think anyone will listen to you.

Plus, the fact that celebrities are coming forward gives other accusations a more believable stance. “The media is currently focusing this issue on celebrities and recognized individuals committing sexual offenses and not regular everyday people. Sexual assault happens all the time, throughout the world, let alone in America,” James Snyder ’18 said. As this issue becomes less taboo in our society, we can hope for stricter penalties and change for the better.