What Colleges Don’t Tell You About Early Applications 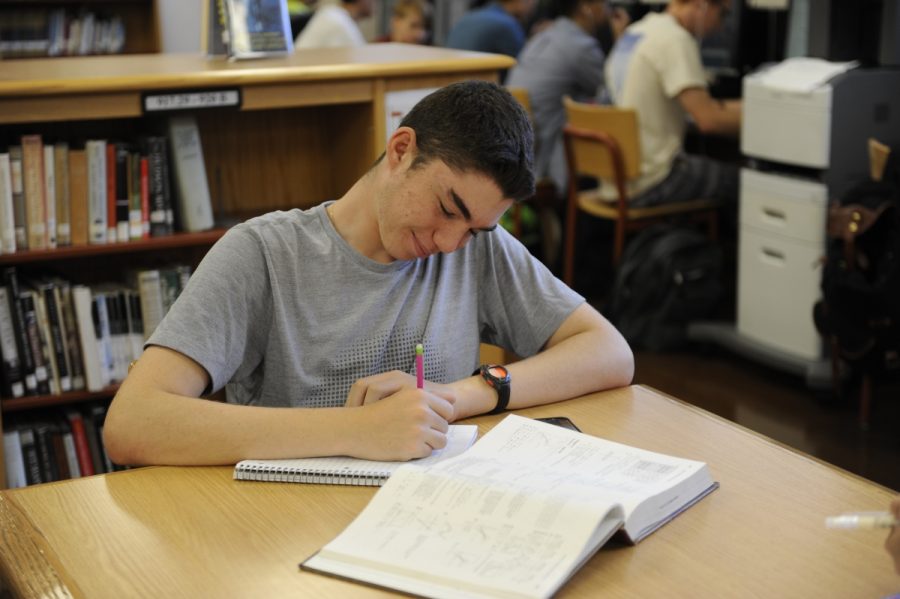 Morgan Krell '18 keeps on top of his coursework during his senior year by taking the time to complete homework in the school’s library.

Nobody likes to play “the waiting game”— especially with college admissions. The college application process is complex and anxiety-inducing due to the very lengthy and unnecessarily long waiting period that follows the already tedious application process. Applying early is not a relatively new idea in the college process, but it is definitely one that is acknowledged by seniors more today than in the past because of the appeal in receiving an earlier result. But just how beneficial is it to apply early action or early decision?

For obvious reasons, applying early action or early decision plays a large part in improving one’s peace of mind. When you applying early, you are sure to receive a decision from your prospective college(s) by mid to late December, rather than waiting a horrid three to four additional months for a decision. Those who hope to make their senior year the best that it can be prefer to apply early to reduce stress by cutting down the waiting time for a decision.

Many students and their families pin their chances based on online statistics that are, more often than not, very misleading. Despite the fact that the applicant pool for early action and early decision is smaller than that for regular decision, over the years, the applicant pool for early applications has become more competitive. As noted in the Daily News, “All eight Ivy League member schools saw an increase in the number of students applying to an early program, and five colleges — Columbia, Cornell, Harvard, Brown and the University of Pennsylvania — received a record-breaking number of applications.”

Between early action and early decision, applying early decision is actually more beneficial to an applicant’s chances of getting accepted. The only real caveat is the binding obligation. However, students can seek to be released from the agreement if they face financial hardship and have not been offered sufficient financial aid. Applying early action, although allowing you to be compared to a smaller applicant pool in the eyes of colleges, doesn’t really advance your chances to getting into a certain school.

Nevertheless, getting your results early, whether through early action or early decision, is never a bad thing.