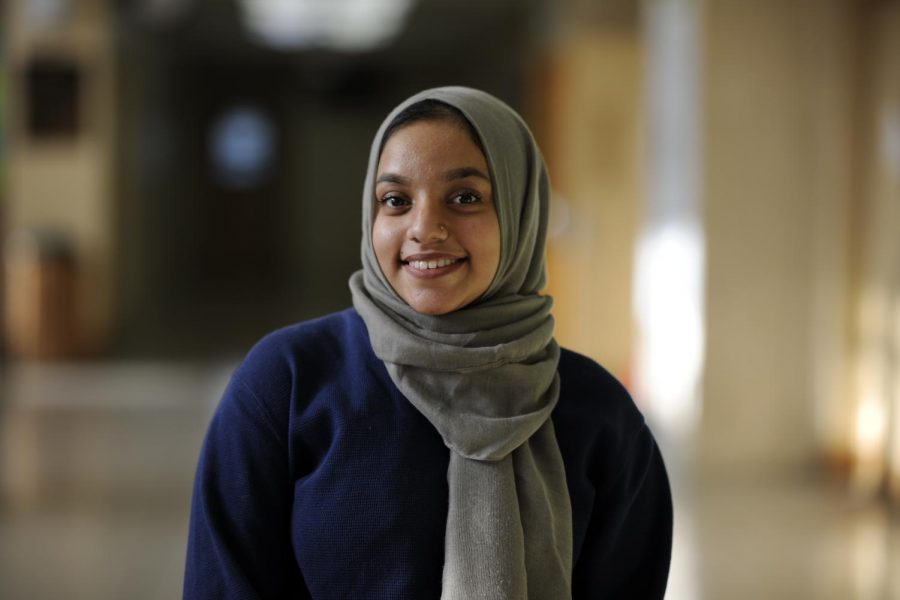 Many of us would not be in the United States if it were not for chain migration, a system which allows United States citizens to apply for their siblings to come into the country legally. However, following the terror attacks in New York City this past November, President Trump spoke out against the diversity visa and chain migration. My mom has applied for her four siblings through the chain migration about eleven years ago. Over thirty of my family members are awaiting visas to enter the country.

Both of my parents entered the country with a diversity visa.

I personally feel as though President Trump does not take into account how long some people wait for the opportunity to come into the United States. Many do not obtain this opportunity because it is so financially straining to come to this country on a visit visa.

President Trump’s argument is that people are bringing “terrorists” or “dangerous people” with them into the country. He tweeted, “CHAIN MIGRATION must end now! Some people come in, and they bring their whole family with them, who can be truly evil. NOT ACCEPTABLE!”  He also threatened to end the Diversity Visa lottery, tweeting, “ I am calling on Congress to TERMINATE the diversity visa lottery program that presents significant vulnerabilities to our national security.”

About thirty years ago, my father entered the country with a diversity visa. It is much more difficult nowadays to enter the country through this initiative, as applicants are required to fill out lengthy forms and undergo background checks by the embassy. This tedious process will help “weed out the evil” that President Trump claims can potentially infiltrate the United States.
Both of my parents entered the country with a diversity visa.
I believe that this problem can easily be solved by conducting extensive background checks on the people who are coming into the country.  Even with the diversity visa and chain migration, foreigners wait up to fifteen years to gain entry into the country.  To ensure we know who is coming into the country, the process can be revised to collect family histories, personal background information, and political affiliations in this waiting period. In doing so, the government can gather a better idea of the individual, rather than outright eliminating the process completely.

The diversity visa and chain migration offers many people who don’t have the money or the means to leave a volatile situation in their home countries the opportunity to a new start. Some simply dream of better lives, like my father; the United States has always provided this opportunity, so why stop now?

My parents emigrated from Argentina to the United States in the year 2002 when my father’s job offered him the opportunity to do so. His initial plan was to simply stay for a year or two and later move back, but he ended up permanently relocating. Having been raised his whole life in Argentina, the thought of migrating, and eventually living in the United States had never crossed his mind. Like many other immigrants that come into the United States planning to stay for a few years, his opinion changed upon experiencing all the opportunities the country had to offer.

He was able to enter the country thanks to the L-1 visa for Intra-company transfers. While working for a corporation in Argentina, his group was transferred to the United States, and he was given the opportunity to follow and move to the United States as well.

L1 visas can only be given out to businesses, and although in theory the size of the business does not matter, it is usually the bigger corporations that get approved the most. The L1 visa gives a company the opportunity to transfer a worker operating into a foreign country to into the United States, permitting them to reside and work legally for up to three years. If the same company wants to continue to sponsor you after those three years, they can chose to renew it for another two. After that, my sister, my mother, and I were brought into the country with an L2 visa. Upon my father receiving his L1 visa, L2 visas were automatically awarded to the rest of his family.

What is efficient and effective about this system is that the whole process is very quick, and it is guaranteed that only highly skilled workers are coming into the country. Since it is up to the company’s discretion to choose who the visas are awarded to, obviously only the hardest working and most intelligent individuals would receive them, thus making it very hard for potentially bad or dangerous people to enter into the country.