Days off for Diwali? An Op-Ed Column 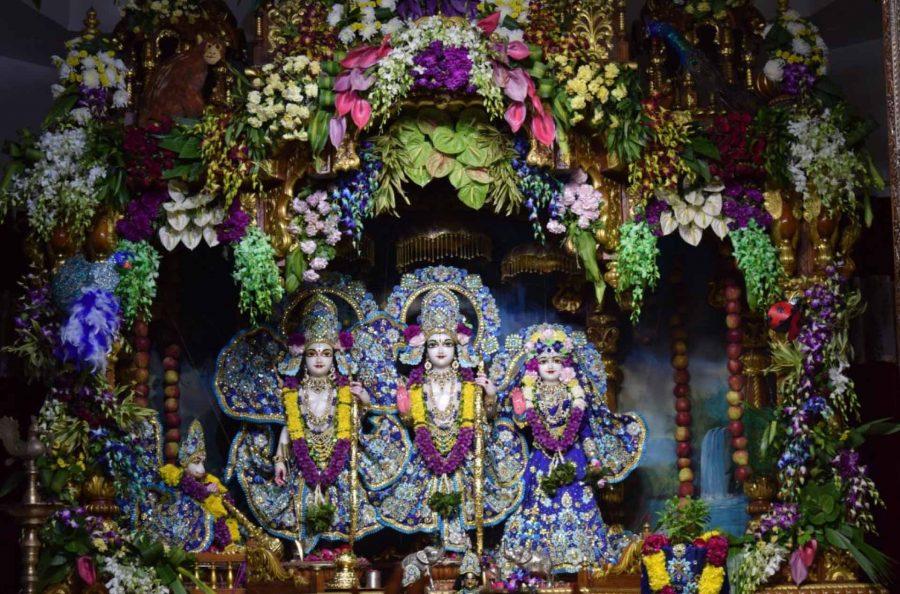 This is a depictions of Hindu Gods and Goddesses at a temple decorated for Diwali.

Last year, the NYC Department of Education introduced two days off from school so that Muslim students and their families can celebrate the holy holidays Eid al-Fitr and Eid al-Adha. This was a big step for the NYC Department of Education, as officials finally recognized the need for Muslim students to stay home and properly celebrate Muslim holidays. Now ALL religions are being treated equally…but what about the Hindus?

Who? Oh, just the third largest religion in the world. In a city like New York, where people of all faiths and backgrounds come together, you are sure to find a few walking around. New York City holds the largest Indian American population in the United States, and Indian Americans are approximately 3% of New York City’s population.

There are hundreds of Hindu students at Bronx Science alone, myself included. Growing up in a religious family where holidays are given a lot of importance, it can be hard to balance celebrations with five hours of homework to do when I get home at 6 p.m. A holiday like Diwali takes a lot of preparation.

Diwali, also known as Divali, Deepavali, or “The Festival of Lights,” is a five-day celebration that takes place during the month of Kartik in the Hindi calendar. It is basically the Hindu New Year. On the western calendar, this usually falls in October or November. It is comprised of five festivals (Dhanteras, Choti, Lakshmi Puja, Padwa, and Bhai Duj) that are observed over five days. Depending on which part of India your family is from, some festivals are more important than others. For example, my family is from West Bengal, so we celebrate Kali Puja alongside Lakshmi Puja. The main festival of all five, however, is Lakshmi Puja. Lakshmi Puja is celebrated on Amavasya, a lunar phase with no moon. It honors the Goddess Lakshmi and the triumph of good over evil.
“Deepavali is one of the biggest holidays of the year for us. It would be nice to have it off to spend more time with my family and friends, and to celebrate.”
Most preparations for Diwali are done to bring Lakshmi to your house so that she can grant you wealth and prosperity for the upcoming year. It is said that Lakhsmi will only come to the cleanest and brightest homes first, so people spend all day cleaning their homes, buying new clothes, cooking fresh food, and lighting candles. Special candles made of clay known as a deepas or diyas are traditionally used. All of this is done while one is fasting, as well! At the end of this period, prayers begin to thank Lakshmi for the prosperities of the year before, and to hope for more prosperity to come. In countries such as India and Nepal, schools and offices are closed for Diwali. The holiday is held to the same standards as Christmas is here in America, in terms of commercial success and family value.

Does  this not sound like a holiday that takes a lot of work to celebrate correctly? I certainly think so, and so do other Hindi students in the school. Fellow Hindu Annie Gupta ’18 noted the stress that it takes to handle celebrations along with schoolwork. “When Diwali falls on a school day, I am limited to celebrating in the evenings after school due, to time constraints and being pressured by schoolwork. I find myself unable to visit the temple, to help my mom with preparations, and to visit my relatives. Others suggest that Hindus celebrating Diwali should skip school altogether, but in most Indian households like mine, skipping school is not an option because our parents prioritize education. The dilemma of practicing and taking pride in my faith versus education and maintaining my societal responsibilities continues to persist,” Gupta said. Most Hindu parents would never let their child skip school to uphold their religion, especially if they are anything like my parents.

On top of this, it just does not seem fair  that in a place like New York City, one of the most culturally diverse areas in America, Hindus do not have a single day off for holidays! Every major religion gets at least one holiday off from school, but Hindus do not?

Shaksi Shah ’19 agreed, stating, “I honestly feel that Hindus should get the day off from festivals like this because other religious and ethnic groups have school days off on their holidays, so I feel that we deserve the same consideration.”

Ahdi Muthukumar ’17 concurs. “Deepavali is one of the biggest holidays of the year for us. It would be nice to have it off to spend more time with my family and friends, and to celebrate.”

The thing is, Hindus are only asking for one day off. Just for Lakshmi Puja. That is the one festival that all Hindus can agree on as the most important one. One should also consider that we would only need a day off depending on what day Diwali fell on. For example, this academic year, Lakshmi Puja landed on October 30th 2016, which was a Sunday! Therefore, during some years, we would not even need a day off from school, so a school holiday would not be a yearly event. In 2015, Diwali fell on Veteran’s Day, so all students got a day off anyway, and it was awesome! I was able to go to temple during Diwali, for once!  That said, Diwali will fall on Thursday, October 19, 2017 this fall.

So there will once again be a conflict. What’s that, mom? You need me to help mold the diyas? Sorry, I have to finish my DBQ essay. I guess Lakhsmi won’t grant me a prosperous year after this.

So let’s go over our list of demands. 1) A day off for Diwali. There. That’s it. End of story.