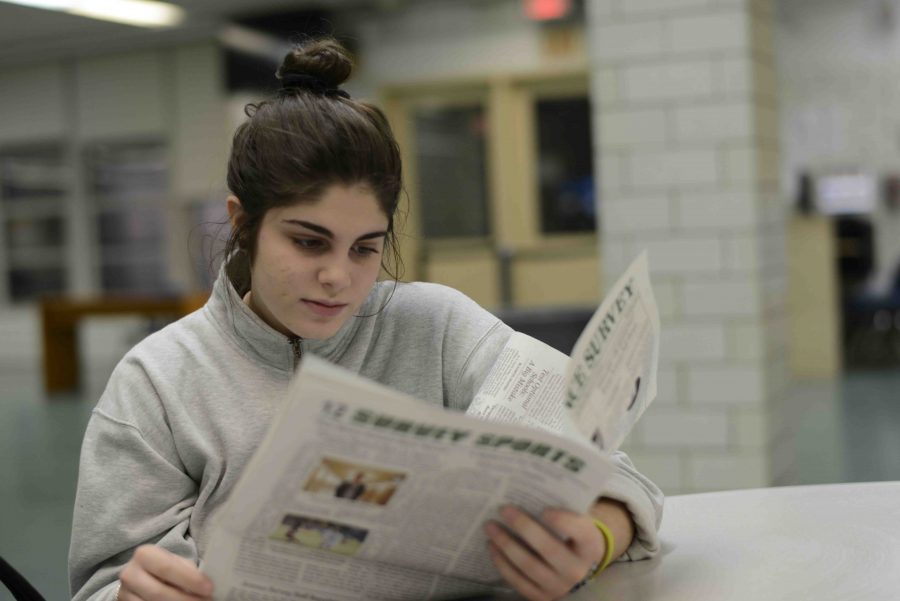 Getting news from credible news sources such as The Science Survey is common at Bronx Science, but not for the nation as a whole.

Don’t believe everything you read on the internet.

In an era where the truth is harder to find than falsehoods, the media grows more untrustworthy with each passing day. But this time, media outlets seem to have been beat in the category of public mistrust. Spurred on and intensified by an unusual, divisive election cycle, the world faces a new plague: The Fake News Story.

No matter whom one supported during the 2016 U.S. election, one cannot deny that it lacked clarity and candor. Both candidates spewed lies throughout their campaigns.

Donald Trump continually repeated baseless claims as if they were fact, while Hillary Clinton struggled to make herself authentic and not just another Washington insider. Yet, after a year on the campaign trail, both will undoubtedly go down as two of the most disliked and distrusted Presidential candidates in U.S. history.

Along the way, sourceless, and, simply put, factually incorrect news became the norm. From conspiracy theories, such as ‘Pizzagate’ that included an actual pizzeria in the D.C. area, to false statements being paraded around as truth, such as the economic standing of the United States, there was no short supply of fake news.

Naima Nadia ’19 found it “ridiculous how news articles were using fake stories about the election as bait for more money and popularity,” but said that she hadn’t thought it would have had such an impact “upon people who were already rooting for a candidate.”

It’s true: many believed it. As false news stories flooded the internet, including social media sites such Twitter and Facebook, many Americans fell for the trap, bait and hook. Social media has increasingly become the number one news source for Americans from coast to coast, and for some reason, it seems that many failed to double check their sources.

Terence Wu ’18 feels, “telling fake news from real news isn’t too hard… You [have to] look at the right sources such as The New York Times. I don’t think they’d ever publish an outlandish news article. You just have to find the credible sources.”

Questions have undoubtedly arisen as to what can be done to curb the spread of the deliberate dissemination of false information. Debates currently rage as to whether or not such publications are protected under the Constitution. Others ask what is to be done with those who propagate fake news?

It definitely not an easy question. As Geevanesam (Gee) Devakanmalai ’17 said, “there is always a disconnect between what is said and what was meant to be said, but purposefully broadcasting false information is wrong.”
“Telling fake news from real news isn’t too hard… You [have to] look at the right sources…You have to find the credible sources.”
The line between whether or not to enact the First Amendment and allow for the continuation of fake news has become extremely blurred. The most important factor to consider is whether or not what is written has malicious intent. It would also need to be determined if intentional misinformation of the public can be considered an offensive action.

In our age of rapid dissemination and proliferation of information across the internet, remember this: not everything you read online is true.