We Demand Too Much From the MTA 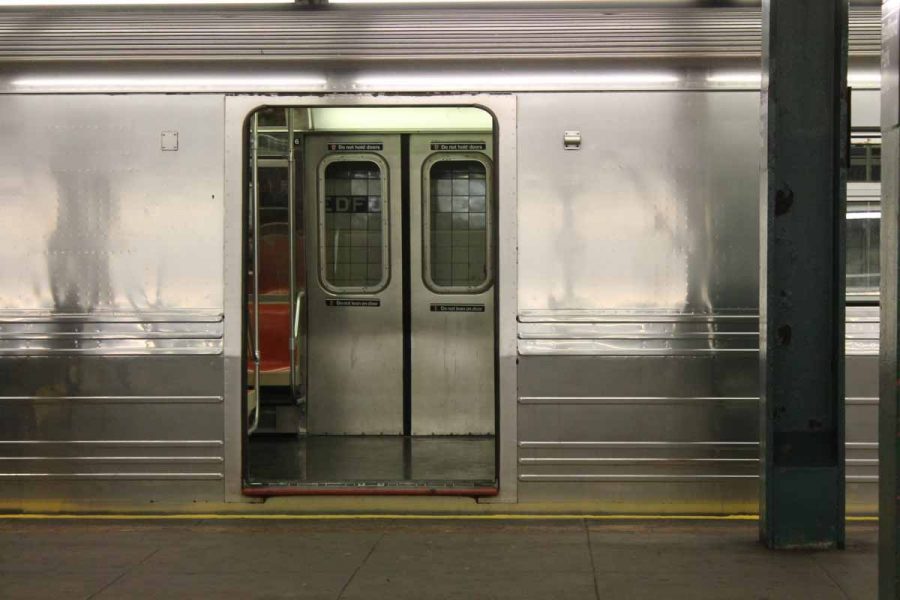 The D train at Bedford Park.

As Bronx Science students, we live busy lives, traveling from school to extracurricular activities to home on a regular basis. This constant shuffle from borough to borough leaves us heavily reliant on New York City’s public transportation system.

Most high school students are given a free New York City metrocard. This gives students access to three free rides from 5:30 A.M. until 8:30 A.M. Students can use the metrocard from Monday to Friday to navigate the city by subway and bus.

Yet, these three free rides are simply not enough to accommodate ambitious students with numerous extracurriculars, after school jobs, and long commutes.

Realizing this and unhappy with the limited traveling, Eleanor Roosevelt High School student Samantha Fierro ’17 recently started an online petition with a request that the city provide unlimited MetroCards to students so that they may pursue their endeavors without an economic burden.

Such change would ensure that NYC students are not limited by a card that only has three rides a day and is inactive during weekends.

As great as it may sound to receive a free card that other New Yorkers pay over a hundred dollars per month for, is such a measure necessary, or even feasible? Making student MetroCards unlimited is an unrealistic request for the Metropolitan Transportation Authority. Instead, a much more moderate change, such as a time extension and a couple of extra rides, has a higher likelihood of being approved.

The MTA cannot afford to lose any more money by providing students with free, unrestricted access to their system. According to a study conducted by the Straphanger Campaign, just last year the MTA was short $34.1 billion, meaning that its debt was greater than that of thirty or so smaller countries such as Syria, Cuba, and Costa Rica. This startling statistic has not flipped around this year.

“With metro card fees constantly on the rise, many families are forced to heavily consider the cost of their child participating in outside programs that require commuter travel. The cost of paying for transportation can be very prohibitive, especially when families have multiple kids in multiple activities,“ Fierro writes in her petition.

While this statement does hold merit, and while no student should be limited in the programs they engage in due to financial abilities, there is only so much that the city can do. Department of Education statistics show that at the end of 2015, there were 167,410 intermediate/middle school and 230,669 high school students registered into NYC public schools, with charter school and special education students excluded.

Providing the equivalent of an Unlimited MetroCard, which is priced at $116.50 for a mere 30-day version, to all of these students would be quite costly for the MTA. In order to fill the deficit, regular metro-fare would likely receive more price hikes. There is already another price surge scheduled for 2017; are NYC students sure that they want to enjoy a few years of bliss just to enter financial distress once they graduate high school?
“The MTA cannot afford to lose any more money by providing students with free, unrestricted access to their system.”
Transport to and from school is not enough to build the extracurricular activities and achievements that admissions officers at elite colleges are looking for in an applicant. It is not the fault of the student when the programs they enroll in require weekend travel. The current card severely restraints the high-achieving students who want to do more unless they can afford to pay for additional rides out of their own pocket.

“It seems to me that in limiting the number of rides available to kids around the city, the MTA can only be hurting the very best students NYC schools have to offer: the kids who are trekking across multiple boroughs just to attend a good school, the kids who want to be able to pursue extracurriculars like sports teams, the kids who are taking advantage of the resources available to New Yorkers to get jobs or internships,” says Raviv Sarch, ’17.

NYC students and the MTA should meet in the middle. Why not just slightly increase the ride and time limit of the card for now? An online poll conducted on the issue displays that an overwhelming 82% of Bronx Science student responders would also prefer this moderate approach to making the card unlimited at 17% or keeping the card the way it is at 1%. Bronx Science students are the epitome of ambitious teenagers who travel throughout the city on a daily basis in order to juggle their demanding extracurriculars; if they are content with smaller changes, others are likely to be as well.

Such a change goes above and beyond addressing the simple points of conflict with the current system: three rides is not enough for students who have to travel to an extra location after school.
A couple of extra rides, time duration extension, and weekend activation can easily solve all of these problems. Of course, there would be a cost factor to this route as well, but not one nearly as imposing as what is paired with the unlimited option.

In the long run, an unlimited student MetroCard poses more problems than it fixes. In addition to fiscal concerns, such a privilege would also be easily susceptible to abuse by students who don’t have many extracurricular activities and would instead engage in recreational trips that should not be the responsibilities of the MTA, the DOE, and the taxpayers. Thus, making accommodating additions to rides and time is more reasonable than abolishing limits entirely.