Women Abuse: Not Just “Her” Issue 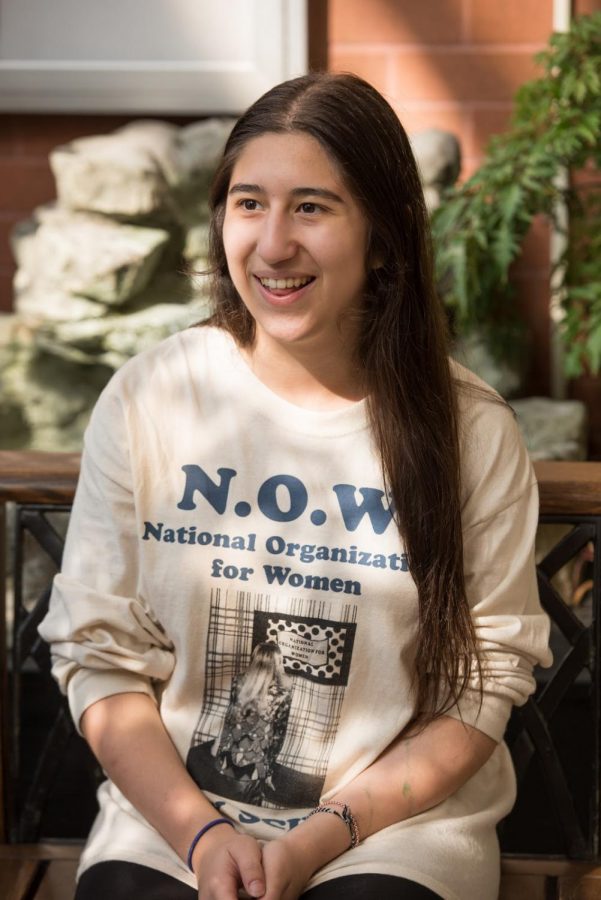 Juliet Godwin ‘18 is an active member of NOW.

A lot can happen in a decade. A loved one can be lost, a war can be won, a house can be built; a life could change. Many people are often able to look back at their past ten years and be proud of where they currently stand. However, this is not always reality, and has not been for certain women in Sal Salvador Atenco, Mexico.

Eleven out of forty women detained and jailed during a protest crackdown in 2006 brought their cases of sexual assault to the attention of the government. While in custody, they were raped, humiliated, and beaten. Some of the women were even charged for crimes such as “blocking traffic” at the scene of the protest, an absurd accusation considering that the violent and sexual acts of the officers against these women went unpunished.

The government refusing to even acknowledge the scale of these abuses is what is so unsettling to many. The lives of these women are permanently changed; they face obstacle after obstacle for the traumatizing experiences they have had. Each of the eleven victims in Sal Salvador explained the difficulty of returning to their normal lives after the decade they spent in a transformative environment. It is almost impossible for them to explain to their families the magnitude of their misfortune, and they are surrounded by reminders of their assault every way they turn.

Sexual abuse is a pressing safety and health concern, yet authorities lack the initiative to combat the issue. It has been interpreted that cases like these have been undermined not only in this region but others as well. The president of Mexico, Mr. Pena Nieto, is being criticized by many for not engaging in enough investigative action to rightfully bring justice to the victims of these attacks.
“It’s necessary that we talk openly about what is going on in our country and the world, and hearing people’s experiences and opinions is really important to this,” said Juliet Godwin ‘18.
Those eleven women are not alone. A 1998 study by the Rape Abuse & Incest National Network (RAINN) Organization reveals that one in six American women are victims of rape within their lifetime, many of whose cases go unreported.

Raising awareness for these tragic instances is crucial to lowering their chances of happening in the first place. Organizations are working hard at this goal, aiming to inform different audiences about the ongoing status of women across the globe. The National Organization for Women (NOW), is one such organization, founded in 1966 to share information about the abuse of women in various circumstances and explain ways to counter them.

A branch of NOW exists in our school, meeting every Thursday to discuss these issues with a group of passionate Bronx Science members. Co-President of the club, Margalit Katz ‘17 said “the negligence with which these cases are handled is unfortunate but not surprising to me.” She acknowledges the superiority some officials believe to possess, adding that “their power is abused simply because it can be.”

However difficult to grasp, the problem is not as distant as we think. In the United States, it is not uncommon for women to be raped and abused by officials, especially in prison environments. In fact, at Riker’s Island here in New York, this situation has occurred.

Investigative journalism in 2015 led to the uncovering of a female inmate who claimed she had been raped by an officer at the jail. The Rose M. Singer Center on the island was named one of the twelve worst jails in the country by the Legal Aid Society regarding the amount of non-consensual sexual interaction between officers and inmates. Along with this statistic, another study by RAINN suggests only six of every 1,000 perpetrators go to jail for their crimes. Considering the belief that nations like the United States should have improved their treatment of women by now, these events only serve as a reminder as to how long of a way we still have to go.

However long the road to recovery, groups like NOW inspire others to embark on the path to taking action against these crimes. Katz believes that being affiliated with an organization like NOW “bolsters [her] critical thinking skills and helps [her] become involved in issues that are important to [her]”.

Juliet Godwin ‘18, a member of NOW, stressed the importance of the club as an environment for meaningful discussions. “It’s necessary that we talk openly about what is going on in our country and the world, and hearing people’s experiences and opinions is really important to this.”

This attitude of striving to make a difference in our society is what pushes changes to be made. Without the help of passionate followers who believe in necessary modifications to the way these situations are handled, there would be no progress. This progress gives closure for some victims, hope for others, and reassurance for all that these tragedies will be brought to the attention of the public.