The Controversy Behind Colin Kaepernick 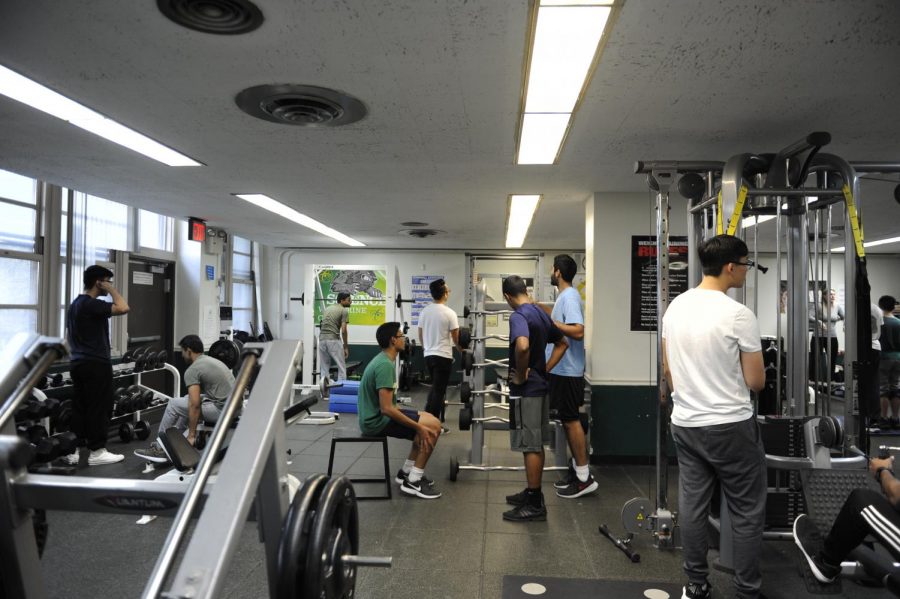 On August 28th, 2016, during a press conference, Kaepernick told the media, “I’m going to continue to stand with the people that are being oppressed. To me, this is something that has to change. When there’s significant change and I feel that flag represents what it’s supposed to represent, and this country is representing people the way that it’s supposed to, I’ll stand.”

Raina Ahmed 17’ sympathized with Kaepernick on this matter. She said, “I think it’s great that he’s doing something about the problems in this country and that he’s not afraid of it, either. I’m not sure if sitting or kneeling is the best way to do it, however, considering the sacrifices that Americans have made in the past for the freedom that we all have today.”

To Kaepernick, the topic of racism is one that strikes very close to home. Growing up half-black, Kaepernick has experienced racism firsthand for many years and believes the recent instances of police brutality have only brought light to the injustices that have been going on for years out of the public eye. Another group that shares Kaepernick’s viewpoints on the issue is the Black Lives Matter movement. Their agenda, according to Black Lives Matter’s official website, is “#BlackLivesMatter is working for a world where Black lives are no longer systematically and intentionally targeted for demise.”

It is evident from the public’s critical response that Kaepernick’s statements have received plenty of backlash, especially among Black Lives Matter’s critics,  This includes people in the sports world and the international stage. Both former football player, coach, and commentator Mike Ditka, and U.S. presidential candidate and businessman Donald Trump have publicly attacked Kaepernick’s position. Ditka said, “I think it’s a problem, anybody who disrespects this country and the flag. If they don’t like the country, if they don’t like our flag, get the hell out.” Trump said, “I think it’s personally not a good thing, I think it’s a terrible thing. And, you know, maybe he should find a country that works better for him. Let him try, it won’t happen.”

Kaepernick’s public protest is especially relevant in the midst of all the social problems plaguing the United States today; particularly within our own school. Last year, Bronx Science students held a walk in support of the Black Lives Matter movement in the wake of one of the many police killings in the past several years.

“I definitely support what Kaepernick is doing, and I respect the fact that he’s using his exposure as a sports icon to bring attention to this issue,” said Trevin Woutersz ’17. “Race relations are terrible in our country right now, and this needs to be fixed.”

Although Kaepernick’s statements have attracted a great deal of controversy, it is ultimately for the best that he is opening public dialogue on the issue of African-Americans being targeted by police, a topic many feel uncomfortable with discussing. In a liberal school such as Bronx Science, Kaepernick’s ideas find mass support here. Nationwide, among Caucasian Democrats, 64% express some sort of support for Black Lives Matter, compared to 42% of Caucasian Independents and only 20% of Caucasian Republicans, according to the Pew Research Center.

Thankfully for Black Lives Matter and supporters of its cause, more people just like Kaepernick have been stepping up to express their support both for Kaepernick’s protest and the larger issue at hand. Teammate Eric Reid, safety for the 49ers, was one of the first to protest at games with Kaepernick, said,“I don’t personally feel oppressed, but there are things that have happened in this country that have touched very close to home for me – the situation in Louisiana,” Reid told reporters in an interview at their team hotel. “I grew up around that. But this is a responsibility that he feels and a responsibility that I feel as well. It’s bigger than football.” Jeremy Lane, cornerback for the Seahawks, also stood with Kaepernick by sitting while the national anthem played in a game in Oakland, California on September 1st, 2016.

“Now that Kaepernick is finding support among other players, it’s clear that the message he’s trying to send is working; Kaepernick’s influence helps find support for the ideas he’s promoting.” Asher Boland ‘17 said.

Despite the controversy surrounding Kaepernick’s actions in protesting the national anthem and the racial injustice that occurs in this country, he is doing a huge service to his people and towards mending racial relations, something the United States desperately needs.