Headphone Jack Blues with the iPhone 7 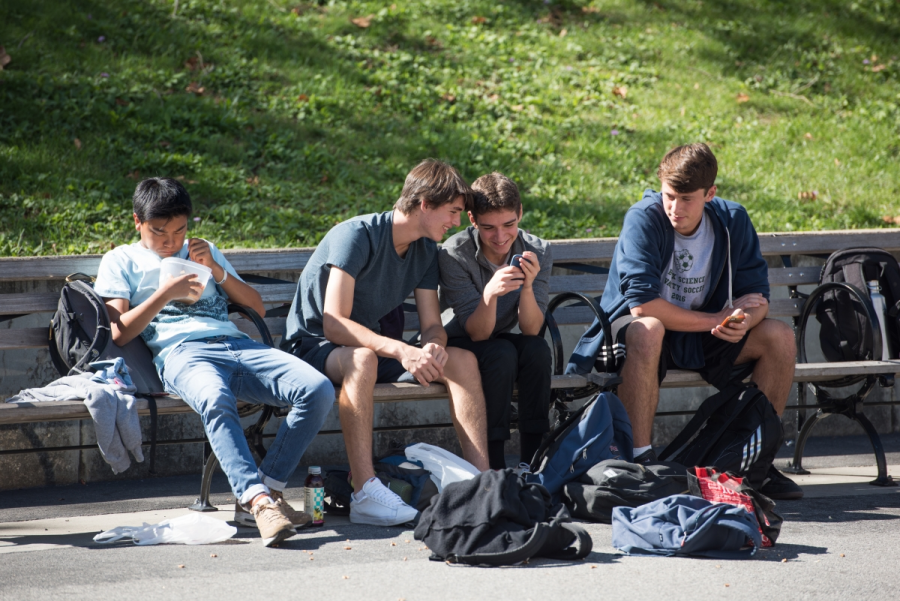 Amid much hype, criticism, and fanfare, Apple’s latest smartphone product, the iPhone 7, was released to the public on September 7th, 2016. Coming out almost a full year after the iPhone 6, many fans were excited about the new device. However, most people found themselves disappointed. Lacking many features that rival products currently have, and possessing too many flaws to be the best that it used to be, Apple seems to have fallen off the coveted pinnacle of smartphone technology.

Of course, the iPhone 7 possesses numerous upgrades that may make up for its equally numerous problems. Extremely fast speed, a larger capacity, and a high-quality camera are just a few of the improved features in the iPhone 7. The new model now boasts waterproofing, a better screen, and a pressure sensitive home button that does not need to be clicked.
“I see no reason to upgrade from my current iPhone 5. They just want more money, and a lot of the stuff they added is stuff that I don’t need on a phone,” said Obinna Chukwu ’17.
However, its competitor, the Samsung Galaxy S7, outstrips the iPhone 7 in every category. While the iPhone 7 has a 1334 x 750 pixel resolution, it is measly compared to the Galaxy S7’s 2560 x 1440 pixel resolution. Though the screen of the iPhone 7 is now 25% brighter and has a wider range of colors, it still cannot measure up to the S7’s Super AMOLED, or Active Matrix OLED, display. As if that was not enough, despite their similar size, the S7 has a 5.1-inch screen compared to the iPhone 7’s smaller 4.7-inch screen.

The Samsung Galaxy S7 allows the use of a micro SD card in the event you need more space. A USB to USB-C adapter also exists. However, with the iPhone 7, you have to delete things to make space or pay more money for cloud space, about $100 per increase.

The iPhone 7’s camera, though very nearly on par with the S7, is still inferior in quality to the S7’s camera, which is capable of taking richer, more colorful photos. Finally, the S7 makes use of a USB-C. A USB-C is the most widely utilized industry standard connector and cable for connectivity and charging. Over 700 companies like Samsung, Dell, HP, and Microsoft use the USB-C. However, Apple employs a Lightning connector in its products, which has little use beyond Apple products.

The iPhone 7 has many other flaws which make it a severe letdown. For one, it lacks a 3.5-millimeter headphone jack and only has a Lightning connector. The headphone jack is used extensively in a variety of auditory applications. The iPhone 7, in doing away with the headphone jack, has effectively alienated a vast number of users who use the headphone jack to listen to music on their wired headphones. Obinna Chukwu ’17 is not trading up anytime soon.  “I see no reason to upgrade from my current iPhone 5. They just want more money, and a lot of the stuff they added is stuff that I don’t need on a phone. My iPhone 5 can call, text, e-mail, and listen to music, and that’s all I need. The lack of a headphone jack really disappoints me too.”

While the iPhone 7 comes boxed with a Lightning connector to headphone jack adapter, it is small, easy to lose, and an extra piece of cord one must carry. Additionally, this makes using wired headphones and charging the phone at the same time impossible. The Lightning EarPods boxed with the iPhone 7, the adapter, and the charging cable cannot coexist. You can fork over more money (the small price of $37) to get a dual adapter so that charging and listening can be done simultaneously, but again, that is simply another needless piece of technology.

The new AirPods Apple released for exclusive use with the latest operating systems is an equally flawed piece of engineering. Small and ill-fitting for some users, the AirPods are prone to going missing. Strenuous activity carries the risk of AirPods falling out of ears. An even bigger concern is pets or small children happening upon the AirPods and ingesting them. The AirPods need a special carrying case to charge them, so if you lose them, brace your wallet for more expenditure. Christina Liu ‘18 is not impressed with the new phone, or its companion headphones. “The iPhone 7 is ridiculous,” she said. “Why would you need wireless earbuds? The iPhone 7 added a bunch of features that no one needs.”

With poor audio quality, incompatibility with anything other than Apple’s latest operating systems, and frequent charging needs, the AirPods are a poorly designed product. If you still want them, be prepared to be set back $159 and walk around looking like there are cigarettes coming out of your ears.

Here’s the bottom line: the iPhone 7 is not worth your time or cash. But if even now you think the iPhone 7 is the phone to buy for $649, you can buy the iPhone 7 plus for $769. That’s a good deal for an okay camera, okay speed, a bit more capacity, some waterproofing, and a multitude of functionality issues so bad that you will wish you had never bought this inadequate, sorry excuse for a new generation of iPhones, right?