A Review of the Webcomic Series ‘Tower of God’

A dive into an eight year journey of art. 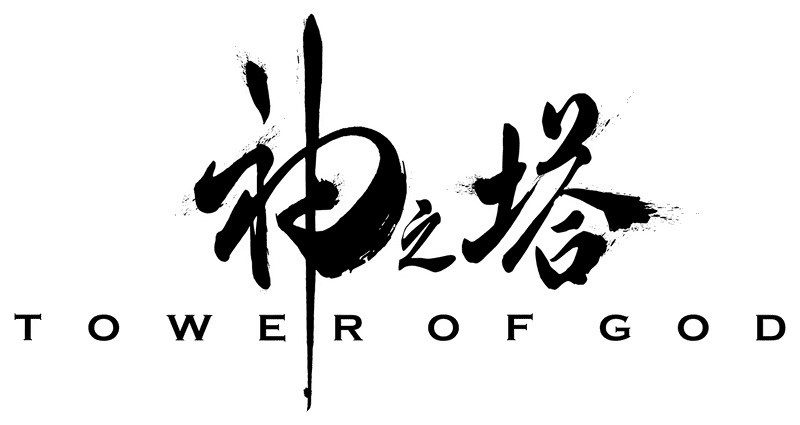 Here is an early version of the logo for 'Tower of God.'

On June 30th, 2014, the first episode of a webcomic series, Tower of God debuted. Eight years later, South Korea-based author Lee Jong Hui, known as SIU, is still releasing episodes of this online action-packed comic, in a world revolving around a mythical tower.

The first episode introduces you to the protagonist of the series. The Twenty-fifth Baam, or just Baam, is a young boy who grew up in the depths of the world, with no one around him except for one person, Rachel, who would occasionally visit him.

Rachel at first seems like a sisterly figure. She cares for Baam, and teaches him how to read, write, and speak. She spends time with him and talks about the Tower and how anything can be achieved in it as you climb its floors. Because of this relationship, Baam sees her as his “star.” He wants to stay with her forever.

Rachel has her own dream, however. She believes that, by climbing the Tower, she could reach the top and see the stars at the top of the sky. On her own accord, she opens the Tower’s doors and enters, leaving Baam alone.

As this all happens within the first few episodes, SIU creates his first conflict. His artwork portrays his characters with a sense of innocence, and you don’t want Rachel to leave Baam’s side.

Tower of God is a series about desires. All the characters we meet in the series enter the tower to achieve something of their personal goals. The tower becomes a terrifying parallel to the measures that we wish we could take to get what we want.

Each panel that SIU produces comes packed with skillful shading, bright colors, and art that transports the reader to the tower he created. His art style has subtly changed over the span of eight years, but throughout this time, he has had a strong community that has been reading his work every week. Tower of God boasts an astonishing 9.9 out of 10 rating on Webtoon, 963 million viewers. and 3.1 million subscribers.

Every episode that SIU releases is part of an intricate storyline that requires you to read the series from the start. Over the course of 528 episodes and eight years of production, SIU has created an impressive cast of characters, each distinct and with their own unique qualities.

For example, Baam’s closest friend in the Tower, Khun Aguero Agnis, has pale blue hair and a cunning personality, which Agnis uses works flawlessly in planning events. His cool demeanor and parental role has made him a fan favorite among readers. On the other side of the spectrum, Rak Wraithrasier, who was one of Baam’s first enemies, is an impulsive, brawn-over-brain crocodile-like being. He is first drawn as a towering giant in a Greco Roman-esque armor attire, in order to fit his confident personality. After being forced to become Baam’s teammate,  his personality has been changed into something more compassionate and controlled. Now, he is more commonly seen in a shrunken down, plush like version of his original form.

To create all of these characters is no easy task.  SIU said in an interview in 2010, “When I am making characters, I am interested in the charming aspect of the character. I think about how can I use this guy to draw certain emotions from the readers.”

Despite the Tower being an endless place, there are people who act as the supreme power of all of the inhabitants there. These near god-like beings are the first to enter the Tower, and, consequently, the first to discover all the things the Tower can grant. Consisting of ten people with different strengths, they become the most powerful people to climb the tower.

The overarching plot is developed through a secret organization that has mysterious beginnings. Their agenda is clear however — to topple the proclaimed leaders of the Tower. While chasing the girl of his dreams, Baam becomes entwined in this strange organization that seems to know more about him than himself.

Baam is forced to quickly learn how to control “shinsu” (which translates to “divine water”), a substance which flows throughout the tower. Despite its unclear origins, it is essential to everything that exists in the tower, and it can be manipulated into various ways, such as in creating fire, water, light, or for enhancing the physical body, or even as a concentrated unit of energy, known as a “bang.”

In order to use shinsu however they want, “regulars” must obtain a contract from the administrator of each floor. Baam is a special case, however. He, along with a select few others in the Tower, is able to manipulate this life-giving substance without limitations or rules. For some reason, SIU has yet to explain why.

Due to its wide success and high ratings, Tower of God was adapted into an anime produced by the well-known company Telecom Animation Film. Reviews on the anime reveal that the majority of people find that this adaptation failed to live up to expectation.

Considering the sheer number of episodes in the series, it is understandable that some may find Tower of God to have similarities to already existing works. Tower of God, like any story out there, can find its roots in other stories in the same genre. Despite its similarities to other action-genre plots, SIU crafts this series with many micro-plots that will develop into what will be an ending that no one can imagine.

A new episode of Tower of God is released every Monday on Webtoon. To read, click HERE.
Tower Of God is a series about desires. All the characters we meet in the series enter the tower to achieve something of their personal goals. The tower becomes a terrifying parallel to the measures that we wish we could take to get what we want.