A Review of the Post-Apocalyptic Series ‘Station Eleven’

HBO’s adaptation of the novel 'Station Eleven,' released late last year, provides a distinct version of the post-apocalypse that shows the genre still has a lot left to give, while drawing countless parallels to the past twenty-five months of the COVID-19 pandemic. 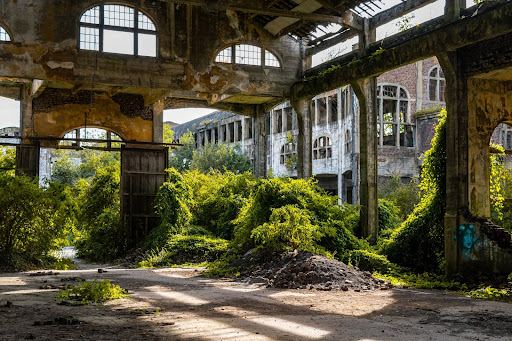 Post-apocalyptic fiction has installed itself as a powerful force in media — from dozens of television shows like The Walking Dead to literally hundreds of films in the vein of Mad Max, Snowpiercer, and The Matrix, or even video games like Fallout. The once niche subgenre has ballooned to the point of being nearly inescapable.

And over the past decade, the subgenre has been growing at a faster rate than ever before. Why? Many have speculated that post-apocalyptic fiction gives us an outlet for our anxieties and fears as it feels like the world is getting ever closer to catastrophe. There’s a catharsis in being able to immerse ourselves in thrilling stories about what could happen, while thankfully also having the comfort of them being solidly in the realm of fiction.

Henry Hillman ’22 said, “Post-apocalypse media is appealing because it takes our world, a world we know, and distorts it, giving us strange creatures, new lands, and unknown discoveries. It makes our world fantastical, without making it completely unreasonable. It’s a very interesting genre.”

In the Spring of 2020, when the COVID-19 pandemic shook up every aspect of our lives, separation from our favorite post-apocalypse stories was questioned. All of a sudden, people everywhere were experiencing a societal shutdown. While society thankfully survived, the pandemic still forced a shift in how we relate to fiction that, all of a sudden, was hitting a lot closer to home.

The HBO show Station Eleven’s day zero plays out similarly to our own. At first, experts, governments and everyday people doubt the new flu variant, and downplay its severity. Then, in one brutal moment, people realize what they have been exposed to, and the world grinds to a halt. Self-enforced lockdowns as well as stockpiling food keep the people alive through a 200 day sequence that comes across like a dramatized version of our past twenty-five months of the COVID-19 pandemic.

That raises the question: what role does fiction about cataclysms play in a world still reeling from one?

Station Eleven, an adaptation of Emily St. John Mandel’s novel of the same name, answers that very compelling question. By taking and subverting the cynicism that has come to define much of the body of post-apocalyptic fiction, it cements itself as an entertaining, and surprisingly uplifting, story for a post-pandemic era.

Episode one, ‘Wheel of Fire,’ spends most of its time in the modern-day, playing out over the last few hours before the show’s inciting ‘apocalyptic’ incident — another pandemic that, as chance would have it, causes the near-total collapse of society. The pilot turns out to be one of the most compelling episodes of the first season, as it shows a terrifyingly realistic pandemic take hold while barely ever talking about that pandemic. For the most part, the audience is forced to discover the mysterious illness and reckon with its consequences alongside Jeevan and Kirsten, two central characters that the show follows through its first hour.

The second episode, ‘A Hawk from a Handsaw,’ also introduces the show’s non-chronological organization, as it bounces between present, pre-apocalypse, mid-apocalypse, and more. In this episode, the show travels twenty years into the future, where Kirsten has become a member of a traveling symphony of Shakespeare performers who provide entertainment settlements and communities of survivors.

Many shows have attempted this kind of unconventional storytelling, and for the most part, Station Eleven is among the few that succeeded. From the first episode to the second, the show creates a myriad of plot threads throughout the twenty years it spans, which converge as the show draws towards its final episode. Rather than using the past as a source of visual exposition or for linear setups, Station Eleven’s narrative unfurls in all directions, with the characters slowly revealing themselves throughout the different time periods.

The downside of this is that with so much time being devoted to setting up story beats and fleshing out characters’ lives, particularly early on, episodes can feel a little draining. For example in the third episode, entitled ‘Hurricane,’ the show takes another hour-long detour to go over the story of its second protagonist, Miranda. On one hand, Miranda is one of the most compelling characters in Station Eleven; her feelings of isolation and strained relationship with actor Arthur Leander help to drive the show, and the episode itself showcases what makes the series special through intricate connections to the pilot episode.

On the other hand, it is self-contained enough that it still interrupts the momentum built up at the end of ‘Hawk from a Handsaw.’ This isn’t necessarily a bad thing, however, as the quality of the show is consistent. In reality, this contributes to a different kind of viewing experience, one that lends itself more to watching individual episodes one at a time, rather than watching the entire series in one sitting.

While the show reaches a powerful crescendo at the airport of episode ten, ‘Unbroken Circle,’ which brings together numerous plot threads and finally reunites two of its central characters, it is slow and meticulous in getting there. As a result, if you come in looking to quickly watch the entire season, you shouldn’t be surprised when you start to feel a little bored after a few episodes. For me, Station Eleven was best when I took time to refresh and digest its themes in between viewings.

And there is a staggering amount to digest. The repeated line “Survival is insufficient” encapsulates the show’s view of art as a crucial part of being alive, a sentiment that characterizes the Traveling Symphony that Station Eleven follows. Simultaneously, the show explores how we enjoy art — at one point, the symphony’s leader, Alexandra, is invited to perform for the Museum of Civilization, “A place that values human culture and the past” (as said by its spokesperson, Brian). She responds by rejecting the past, a sentiment that might appear hypocritical for someone who exclusively hosts Shakespeare’s plays at first, invoking the roles of interpretation and context in the media that we consume.

Something that Station Eleven excels at is taking the time to ponder these questions and integrate them into its story. It does an excellent job of making its themes and characters play off of one another. A contributor to its success is that the personal struggles and questions that Station Eleven’s characters need to answer are ones that we can relate to — from how we connect to art, to how we often struggle in relating to others in such an atomized society. This is because the show’s characters are fundamentally regular people in an irregular setting. Where most post-apocalyptic fiction aims to show humanity at its worst, Station Eleven shows people at their best, which hits a much broader spectrum.

Even though it sacrifices a little bit of entertainment value, the HBO television adaptation of Station Eleven manages to tell an interesting and captivating story that I , at least, would recommend checking out. To watch Station Eleven on HBO (subscription required), click HERE.
Where most post-apocalyptic fiction aims to show humanity at its worst, Station Eleven shows people at their best, which hits a much broader spectrum.