The Allure of Dominic Fike: One of Hollywood’s Newest Heartthrobs Takes to the Stage

From main stage to main screen, Dominic Fike has been growing his name and talents in every way. 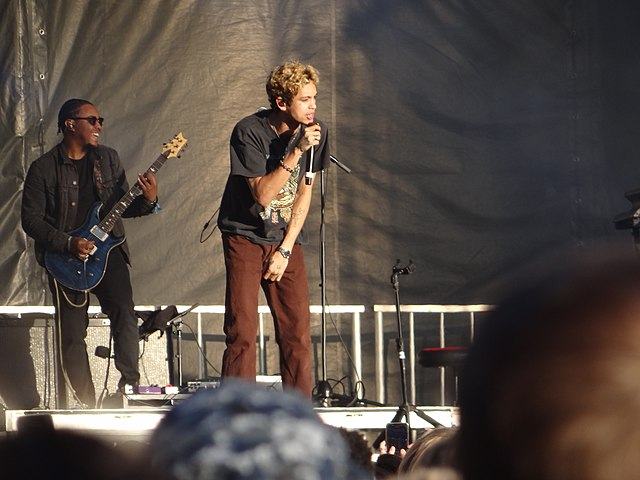 Dominic Fike says that his anxieties melt away as soon as he hits the stage, and that performing is actually where he feels the most comfortable.

Everywhere you turn, you probably see or hear something about Euphoria. Actors like Zendaya, Hunter Schafer, and Alexa Demie have put the show on the map. Still, there have been some new faces on Euphoria that have got people talking, most notably Dominic Fike.

However, you might be a part of the small percentage of the population who doesn’t watch Euphoria and have managed to block out the content, so you’ve never seen Fike before. However, if you were breathing during the summer  of 2018, you had to have heard his debut single 3 nights, one of his most popular songs. So maybe now the name rings a bell.

If you’re a part of the even smaller percent of population who has never seen Euphoria or heard 3 nights, then I’ll introduce you to the star himself: Dominic Fike.

A Florida native, he was born and raised in Naples with his mother. He has an older brother, Sean, and two younger siblings, Alex and Apple. Alex, his younger brother, is another musician who goes by the stage name ALX, and his younger sister, nicknamed Apple, keeps a low profile.

Ever since he was young, he’s been attracted to music. At 10 years old, his father taught him to play the guitar and that ignited his passion.

While he was brought up in the midst of a musical world, he still faced many obstacles on the road to stardom. Soon, he gained traction on Soundcloud — a  free music streaming sight where many large artists have started their careers after going viral. As a result, his label wanted him to release music quickly, and he made it happen.

After his ep Don’t Forget About Me, Demos dropped, he later released his first studio album What Could Possibly Go Wrong? Fike was featured on a few songs and started to collaborate with well known artists, such as Anderson Paak, Justin Beiber, Omar Apollo, and Halsey. More recently, he was chosen as one of the artists to play on Paul McCartney III Reimagined for his own take on McCartney’s The Kiss of Venus. Each song showcases a different part of his sound, and with his diverse discography there’s something for everyone.

Aside from his growing music career, Fike has stepped into acting. Euphoria was his debut on the big screen, although playing Elliot did not involve much acting because the character of Elliot and Fike in real life share a lot of similarities. Elliot is a younger, more reckless representation of Fike.

Originally, Fike was supposed to star in Season One of Euphoria. He made it to the last round of auditions until the character was unexpectedly written out of the show. However, when Season 2 began, they called him back, as he was perfect for the role of Elliot. Last summer, Fike took down all his posts on Instagram and only left up a smudged mirror selfie with a cryptic caption, leaving fans to wonder what was going on. And soon, it turned out to be him starring in Euphoria Season 2. He has since confirmed that Elliot will be returning for Season 3!

A newly bloomed acting career isn’t the only thing that’s come out of Fike’s time on Euphoria. He is now dating costar Hunter Schafer. There had been on-set rumors of the two being an item, but, after Fike posted a happy birthday story kissing Schafer, the rumors were confirmed. They can be seen on each other’s Instagram posts or arm-in-arm on the Grammy red carpet.

As for acting, Fike hasn’t alluded to any new projects aside from Euphoria, but a new studio album may be in the works. He’s said before that he has a sound that bounces in between genres and is loose, so fans have no idea what to expect. But if it’s anything like Don’t Forget About Me, Demos, or What Could Possibly Go Wrong?, then regardless of the genre, it will be a treat for anyone who listens.
Each song showcases a different part of his sound, with his diverse discography there’s something for everyone.