The artist’s sixth studio album is her latest exploration into her feelings after her self-proclaimed hiatus was cut short. 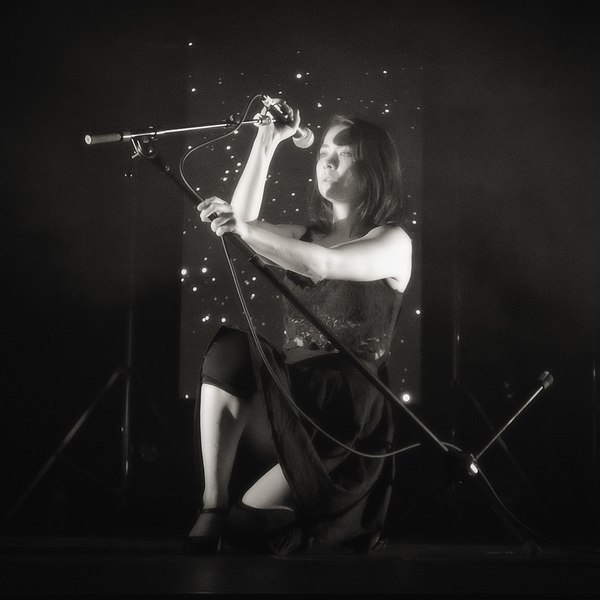 Mitski’s music deeply resonates with people around the world, but her experience with fame has not been easy.

“Let’s step carefully into the dark,” is the first lyric in Mitski’s newest album, dragged out solemnly in the track, ‘Valentine, Texas.’ The line seems to characterize the entirety of the artist’s return – from her feelings of apprehension towards the media and her decision to keep her personal life as private as possible, to the unknown future and especially the response that she would receive after her “hiatus.”

Mitski Miyawaki, popularly known as Mitski, is one of the largest icons in the indie rock and indie-pop scene. Her music is profoundly emotional, cutting at a deeply human part of ourselves – Mitski’s popularity stems from how her fans can easily relate to her raw and down-to-earth lyrics that reveal her struggles and innermost thoughts.

After her last live show in Central Park in 2019, the artist claimed to be on an indefinite hiatus. Her break lasted until just a few months ago, when she became aware of the fact that her label contract with Dead Oceans required her to create one more album. This, in turn, led to Laurel Hell.

According to the artist herself, the album title, Laurel Hell, refers to a folk term for being trapped in thickets of laurel, which can be put into context for how Mitski has reached a point where she is trapped in the results of her success.

Mitski had already set the precedent through her previous works with their unfiltered and unedited qualities. Her music has helped her send waves through the indie music industry due to her unique sound and lyrical genius. Therefore, as her sixth studio album, Laurel Hell had quite high expectations to meet.

The album was finally released on February 4th, 2022, through her label, Dead Oceans, and includes a variety of songs that portray both serious and upbeat vibes. It displays a different side to Mitski, allowing her to maintain her traditional scattered indie sound that is so beloved by her fans, while experimenting with the synth and electronic sides of music.

The tracklist consists of eleven songs, of which ‘Working for the Knife’ and ‘The Only Heartbreaker’ seemed to garner the most attention. With its synth-pop sound that gives off a more retro feel, ‘The Only Heartbreaker’ is a pleasantly different kind of song for Mitksi. It perfectly combines dramatic instrumental buildup with a more serious message when one takes the time to truly listen to the lyrics behind the upbeat track.

On the other hand, the leading single of the album, ‘Working for the Knife,’ sounds more melancholic in a sense, with its slower tempo and its distinctive instrumentation choice. According to Farhan Sreejan ’23, “I loved the clanging throughout the song and how it melds into the rest of the instrumentation as the song progresses. Her songwriting skills appeared to be in their prime condition, and it was mixed masterfully.”

This is just one example of the experimental approach that Mitski took on the album.

In other songs, she decided to incorporate common musical elements that she previously strayed from, such as those used in more mainstream pop music, which is especially the case in the ‘80s synth-inspired ‘The Only Heartbreaker.’

The overall opinion on Laurel Hell seems to show significant disappointment, especially for the various members of the Bronx Science community who provided their input.

Like most of those interviewed, Chellam Kothandaraman ’24 rated the album a 3 on a scale of 1-5. “Compared to the past albums, this one didn’t really live up to my expectations,” Kothandaraman explained.

According to Anna Vasyukevich ’23, “I really liked the poppier sound, and I think it works with her voice and lyrics. But I usually really like her slower songs or ballads, and on this album they were underwhelming.”

An interesting characteristic of Mitski’s music is that it can always be interpreted in different ways, which has sparked discussion and generated excitement over the album overall.

The exact message that she is trying to convey through Laurel Hell has generated large debates online, as on the surface, most of the songs seem to continue Mitski’s narrative of dealing with difficult relationships or love in general. This is especially the case in ‘Love Me More,’ which can be interpreted as an embodiment of the desire to be loved in any sense of the word, especially through the repetition of the line, “I need you to love me more.”

In addition, in ‘Should’ve Been Me,’ Mitski sings, “When I saw the girl looked just like me / I thought, ‘must be lonely loving someone,’” which can be seen as a tale of failed romance, especially when taken out of context.

However, the perfect instrumental buildup and quiet collapse in ‘There’s Nothing Left for You’ convey Mitski’s feelings of helplessness and not being able to give any more love, which can be interpreted in both a romantic context as well as in terms of her music career.

Some interpretations of the songs on the album point towards signs that Laurel Hell may be a farewell from Mitski. In the dreamy ‘I Guess,’ she sings, “I guess this is the end / I’ll have to learn / To be somebody else…From here, I can tell you / Thank you.”

Contrary to this saddening theory, Mitski has scheduled to begin her long-awaited world tour in April 2022, demonstrating that Laurel Hell may not be the last that we hear from the artist.
The album was finally released on February 4th, 2022, through her label, Dead Oceans, and includes a variety of songs that portray both serious and upbeat vibes.