Skip the tourist-packed Statue of Liberty and go visit some underappreciated gems, instead. 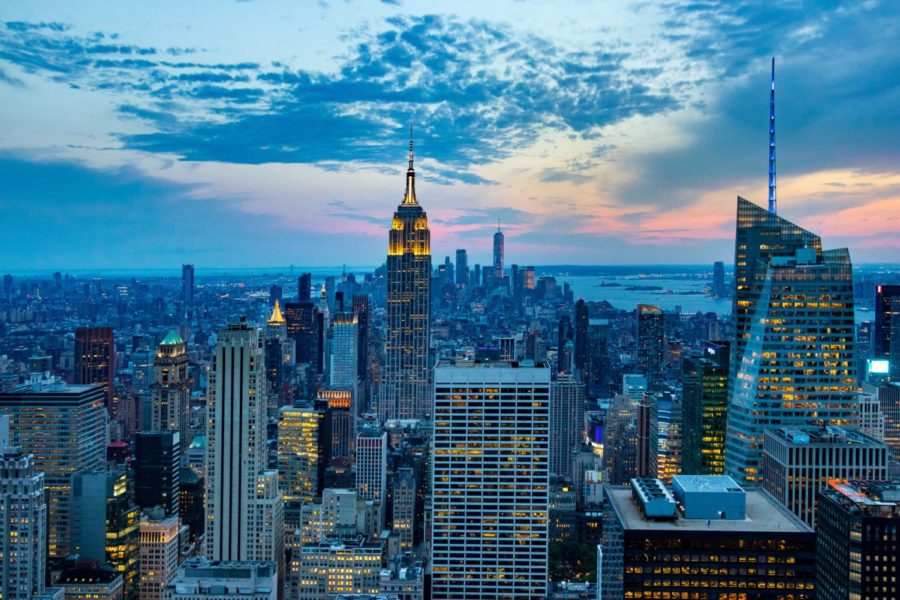 The New York City skyline is one of the most well-known, must-see attractions in the city.

For the most part, New York City is synonymous with the Statue of Liberty, Wall Street, or the Empire State Building. Yet the city’s true allure can be found hiding in plain sight. Just walking around the city will have you hearing and seeing things that capture the spirit of the city much more than a visit to Times Square ever can. If you want an authentic New York City experience, visiting the spots that are overshadowed by the tourist traps — the hidden gems of the city — is the only way to go.

In 1995, Christopher Janney’s attraction was installed in the N/R subway platforms on the 34th Street Herald Square station. It is perfectly camouflaged with the aesthetics and colors of the MTA’s infrastructure; it is a dark green bar hanging over the platform with multiple slits. Though it looks like some random pipe, the bar is actually an instrument that commuters can play as they wait for their trains. “So many different people use it [the subway] every day, so it’s a thing that kind of brings everyone together through something that many people enjoy — music,” Naomi Liu ’22 said.

In order to play, just reach your hand up to one of the eight openings and wave so that you interrupt the beam of light above the opening. This signals a recording of a marimba, flute, or sound images of the Everglades or a rainforest. Janney updates these sounds each year.

Further, there is an instrument on both the uptown and downtown platforms, so passengers from different platforms can create a symphony of sounds together. “I would love to play with people. This would make my subway experience more interesting,” said Caroline Song ’22.

Janney has always been infatuated with being one with art. In Princeton Alumni Weekly, he said, “I’m always asking, what can I do to just climb into the art, climb into the color, and into the experience?” This questioning has led him to create multiple immersive art sculptures, including  Soundstair at Boston’s Museum of Science, which uses motion sensors to turn visitors’ steps into musical tones.

Double Check is a life-sized, bronze sculpture of a businessman made by John Seward Johnson II. The statue sits on a bench, looking into his briefcase and making final preparations for a business meeting. It is located at Zuccotti Park in the Financial District of Lower Manhattan and blends right into the busy crowds.

Although Double Check’s visuals may get boring after prolonged staring, its riveting history will never get old.

Zuccotti Park was heavily damaged on September 11th, 2021. The attacks destroyed around $100 million worth of art and filled the park with rubble and debris. However, this statue was one of the only pieces left standing— or rather, sitting.

In the aftermath of the attacks, the statue was covered in a white dust. This led a fireman to believe that the statue was a real person. It was not until he wiped off the dust to reveal the bronze, that he realized the man before him was just a hunk of metal. This is a true testament to Johnson II’s artful realism.

After that, the statue began to gain more popularity. It became an icon and memorial to all those who died on September 11th. He represents the resilience of New York City, because although many people and artworks perished that day, New York City and the Double Check managed to survive. Now, the statue is regularly covered in flowers, notes, and candles by mourners and rescue workers.

The Astor Place Cube, also referred to as The Cube or Alamo, is a 2.4 meter by 2.4 meter black cube located across the street from the entrance to the Astor Place subway station and the famous Cooper Union Foundation Building.

The Cube was created by Bernard (Tony) Rosenthal as part of the New York City Department of Cultural Affairs’s Sculpture and the Environment program, and it was installed in 1967. It should have been displayed for only six months, but residents became extremely fond of the installation and petitioned to keep the Alamo in place. It is now a signature meeting place for those in the neighborhood.

The position of the Astor Place Cube adds to the location’s sense of community. The Cube is actually sitting on Kintecoying, a border that divided three Native American nations (The Canarsie, Sapohannikan, and Lenape) 500 years ago. The location was used by the three tribes as grounds for meetings, trade, games, and politics.

The Alamo serves as a place where different communities can interact, talk, and play games. And if they do not have a game, they can always play with the cube itself.

Hidden in the middle of the sculpture is a pole, allowing the cube to spin if pushed. But the cube won’t budge with just a light nudge. You might need a friend to get the cube moving, making this a group activity. “It’s fun to work together with other people to achieve something,” said David Pagan ’23.

Starting in 2003, Alamo has been involved in a few artistic interventions or pranks. For example, in 2011, the artist Olek (aka Agata Oleksiak) completely covered the cube in a camouflage patterned crochet she made. The most popular prank, though, was a 2013 fake mini-documentary called, “Man in a Cube.” In this video, a man claimed to be living inside the cube and revealed his life in the cube, including the occasional and sudden spinning. This documentary went viral and caused many to wholeheartedly believe that there was an actual man living in the cube. However, a New York City Parks Department spokesperson clarified that it is actually impossible to enter the cube.

Times Square by Max Neuhaus is located on the Times Square Street Business Improvement District (BID) or more specifically, on the triangular pedestrian island on Broadway between 45th and 46th Street in Manhattan. This sound installation is similar to an Easter egg, as there is no protruding sign intended to teach pedestrians about the installation or really any jutting structure at all. Times Square, colloquially known as The Hum, is actually located under a metal grate, and as the name suggests, makes a low, droning hum sound. The piece has never been turned off and blends into the 24-hour cacophony of Times Square.

Neuhaus intended for the installation to be overlooked, so that when pedestrians finally tune back into reality to take in all the sounds around them, they might notice The Hum. This serves as a reminder for everyone to take in every bit of their surroundings, or else they might miss the opportunity to find a real life Easter egg. “I didn’t know it was a sound installation before, even though I’ve seen it. I would love to go check it out again,” said Song.

These are only a few of the many amazing hidden jewels in New York City. And in a city as artistic as New York, I am sure there are many more. Although the New York City classics seem quintessential to the New York experience, I encourage everyone to go out and see what else the city has to offer. Even if you think you have experienced it all, I guarantee that there is something new that you have not seen, heard, or tasted before. So go out and find it!
“So many different people use it [the subway] every day, so it’s a thing that kind of brings everyone together through something that many people enjoy — music,” Naomi Liu ’22 said.