The ‘Marvel Formula’ is The Key to Box Office Success 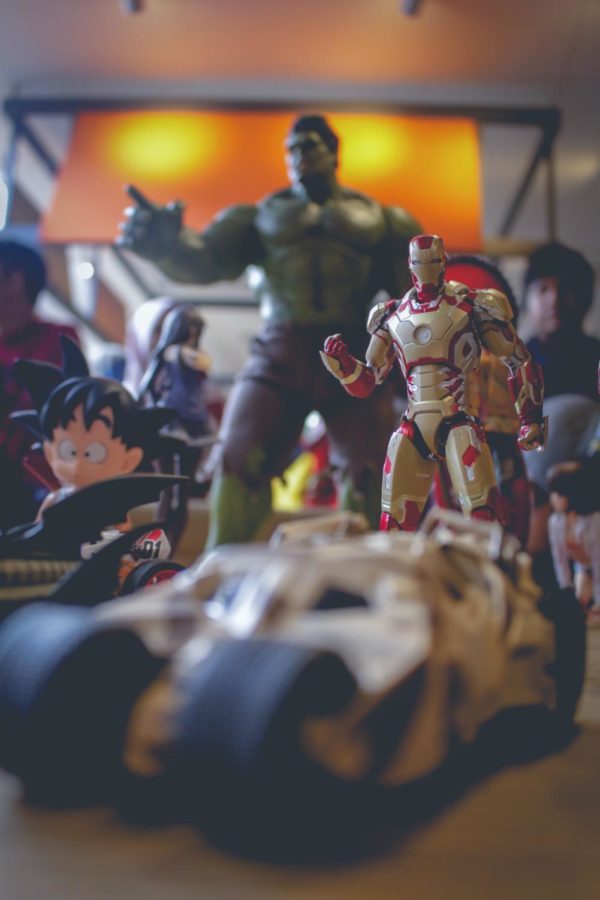 Iron Man was the start of the Marvel Cinematic Universe. Since its initial release in 2008, twenty-six additional movies and five Disney+ miniseries have been released with each garnering millions of views, fans, and dollars.

WARNING: The following article contains spoilers to films in the Marvel franchise.

As of March 2022, the Marvel Cinematic Universe (MCU) is the highest-grossing film franchise, surpassing both the Star Wars franchise and the Harry Potter franchise. Every MCU movie released in the past year has occupied the top box office spot in the United States, earning hundreds of millions of dollars per movie.

Avengers: Endgame, the MCU’s top grossing movie, is currently the second highest earning movie of all time with a lifetime gross of $2,797,501,328. Despite its COVID-19 pandemic release, the franchise’s latest film, Spider-Man: No Way Home, still managed to garner $1,775,951,607. Ranking sixth in highest lifetime gross, the movie surpassed highly-anticipated movies like Jurassic World and Harry Potter and the Deathly Hallows: Part 2.

The success of Marvel takes on an immortal quality, so what sets Marvel movies apart from other films? What makes them so unfailingly successful? The steadfast popularity of movies in the MCU can be attributed to a series of elements that fans coin the “Marvel formula,” a recipe consisting of intense backstories, light-hearted quips, million dollar budgets, and heavy computer-generated imagery (CGI).

Marvel movies are largely structured around the same plot, filled with the classic literary archetype — a lost, relatable hero fights a villain that aims to bring destruction to the world. Take the debut movie of the franchise, Iron Man. In Iron Man, billionaire and industrialist Tony Stark is kidnapped by a terrorist group and forced to construct a destructive weapon. Instead, however, he builds himself a suit of armor that transforms him into a hero and helps him defeat the radical organization (after the plot takes audiences through a series of twists and turns, of course!).

Black Widow, one of Marvel’s most recently released movies, follows a similar storyline. Former assassin and Black Widow Natasha Romanoff reunites with her sister in order to defeat villain General Dreykov and save the current Black Widows, a name that describes the girls who were manipulated and mind-controlled into becoming Russian spies. And along the way, just like in Iron Man, Romanoff discovers a few life-changing secrets that alter her path. Although Black Widow was created thirteen years after Iron Man, it still resembled Iron Man’s hero-villian dynamic and intricate backstory.

In order to portray the supernatural, Marvel relies heavily on its green screen and post-production editing. MCU movies that focus on one superhero have around $100 to $200 million of their budget used solely for CGI, while the movies that feature all of the superheroes spend at least $350 million of their budget on CGI. Without these edited effects, villains, like Spider-Man’s Green Goblin and Sandman, would lack their menacing character, fight scenes would lack passion, and environments would lack their magical aura.

In discussing the cost of CGI, it is often easy to forget just how much money is spent on the creation of a single MCU movie. Every film in the franchise from Iron Man to Spider-Man: No Way Home has had a total budget of at least $100 million with most movies spending more than $150 million. For reference, the average cost of a major studio film is about $65 million. A budget of such magnitude affords for the best sets, wardrobes, makeup artists, and equipment Hollywood has to offer, elevating the franchise’s movies to an even higher level of success.

“I see the Marvel formula as more of a basic storytelling structure. What makes the movies so popular, in addition to the formula, is the movies’ consistency and quality,” said Amanda Ng ’22.

Since the release of Iron Man in 2008, movies in the MCU franchise have set the standard for superhero action films. Many other franchises, most notably the Detective Comics (DC) franchise, have tried to emulate the success of the MCU to little avail. Even with the backstories, the jokes, the budget, and the editing, these movies fail to achieve the same level of fame and prosperity that is associated with movies of the Marvel franchise.

To dissect Marvel’s top competitor in particular, what the DC movies lack is relatable heroes. Most of the characters depicted in movies of the DC franchise are portrayed as untouchable legends. For instance, Superman’s main troubles are his deadly rivalries with supervillains like Lex Luthor. Spider-Man’s main problems, on the other hand, are the same problems teenagers around the world deal with — learning to grow up. The relatability factors that make Marvel characters humane push the franchise to top box office spots.

Although the formula does create almost-instantly successful films, it can also create similar characters and plotlines. After more than a decade of Marvel movies, plot twists and endings can become predictable, especially when the “good guys always defeat the bad guys.” To avoid excessive predictability, the franchise has worked to develop new plots and new styles. Avengers: Infinity War had a particularly shocking ending when the treasured heroes lost the battle and villain Thanos erased half the world’s population.

These unexpected deviations, in moderation, give flavor to each movie, helping to set them apart from each other while making use of the Marvel formula. As Kathryn Le ’22 said, “Although there is a formula that follows through many of the Marvel movies, Marvel never disappoints when developing new plots. Marvel makes up for this so-called ‘formula’ with the amazing actors, visual effects, and action sequences. Every time a new Marvel movie comes out, I am excited to watch a whole new adventure unfold.”

In the effort to individualize each of its movies, however, the franchise may take its changes too far. Eternals, released in November of 2021, is near the bottom on the list of best Marvel films. Among the countless fan complaints about the movie, one problem that stands out is that the writers tried to introduce too many ideas at once. They had to explain Eternals, Deviants, and the universe, while simultaneously introducing each of its ensemble cast. Eternals drifted too far from the Marvel formula, and the film paid the price.

The effect of the Marvel formula seems like it will never wear off. Its movies skyrocket its actors to instant fame and fortune. The seemingly bottomless budget helps to expand the franchise beyond just movies, bringing television shows and amusement park rides into the mix. While there is more to Marvel than the contents of the formula, its combination of plot, money, and technology will allow the franchise to continue to produce box office record-smashing films for the foreseeable future.
“I see the Marvel formula as more of a basic storytelling structure. What makes the movies so popular, in addition to the formula, is the movies’ consistency and quality,” said Amanda Ng ’22.