Worth It: A Review of NYC Russian Restaurants

A Buzzfeed styled 'Worth It' review of three local Russian food spots. 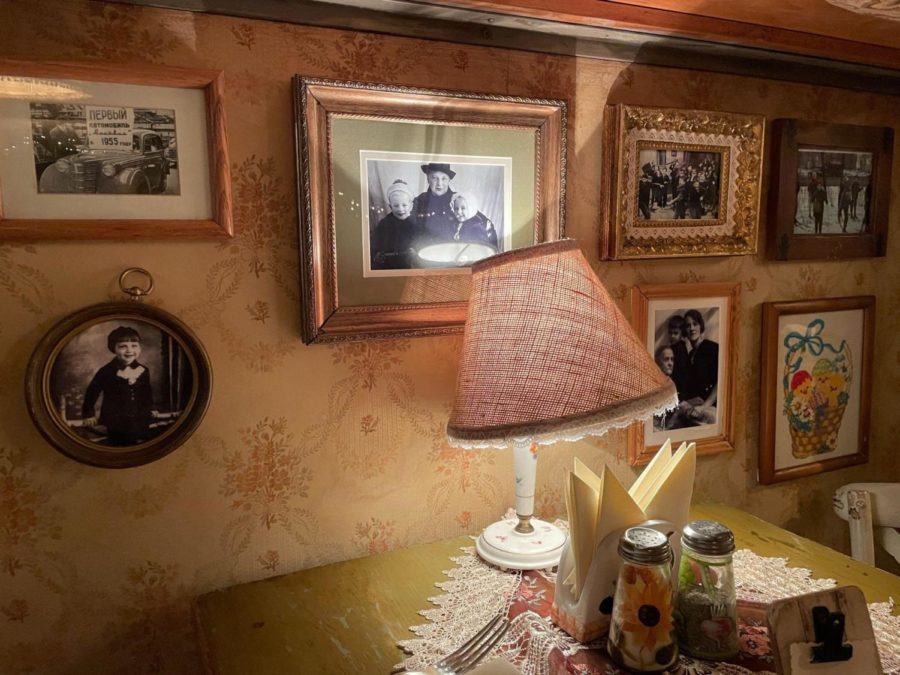 There is an old Russian proverb, “Борода не делает философом,” which translates as “A beard does not make a philosopher.”

Just as a beard does not make a philosopher, it can be argued that the reputation of a country’s cuisine does not make its taste, and this is especially true with the case of Russian cuisine.

In the United States, food from other cultures around the world has gained general acceptance over the past few decades. However, there are certain foreign countries’ cuisines that have not yet penetrated the American market. Russian cuisine is one such cuisine. This is due to a few factors: American-Russian relations in the past, the food’s mistaken reputation for being “bland,” and Russian cuisine being more of an acquired taste for some people. I decided to visit three different Russian restaurants in New York City, at three different price points, in order to provide an honest opinion on Russian cuisine in the eyes (or mouth, rather) of a non-Russian.

On a Wednesday afternoon, I picked up a friend after school and we went to a Russian dumpling (pelmeni) spot by the name of Daa! Dumplings in the Midtown West section of Manhattan. Although I thought that finding parking would be extremely difficult, we managed to park our car pretty close (around two blocks away) from the spot. The M57 and M7 buses as well as the A and 1 trains are all within a few minutes of walking distance to this food purveyor. Upon arrival, we realized that there was no indoor or outdoor dining. It was essentially a little stall that had four walls around it. The elderly Russian woman behind the counter slowly opened the window and asked us what we wanted. There were only four choices on the menu: potato & mushroom pelmeni, beef pelmeni, chicken pelmeni, and pork pelmeni. There was an option to get them either cooked or frozen to take home. I ordered the cooked chicken pelmeni, and my friend ordered the cooked pork pelmeni.

Because the weather was quite cold that day, by the time that we walked the short distance to Central Park, we were freezing. The pelmenis came bite-sized and hot — perfect for the chilly temperature. The first bite that I had was the best one. It was like a mini explosion of flavor in my mouth, meaty and juicy with just enough salt. I especially liked the dill that was garnished on top of the pelmeni. It provided a refreshing taste to the pelmenis which turned greasy after a few bites. Though the sour cream made the pelmeni greasier, it added to the original flavor. If I were to return, I would get the potato and mushroom pelmeni because of how greasy the meat ones were. I would give this restaurant an overall rating of 4/10. Roy Kang ’22 had a much more favorable description of the pelmeni. “I was delightfully surprised at the cultural gap between a Russian and Korean dumpling. The flour was much thinner and the dumpling more bite-sized. All in all, I would recommend this to others and would definitely go back again.”

The trip to Brighton Beach, Brooklyn, commonly known as Little Russia, was definitely an enjoyable experience by itself. The highway on the trip there was curvy and pleasant to drive upon, and the view on the Belt Parkway at night of Jamaica Bay was stunning. It is easy to get to Brighton Beach via public transportation such as the Q train. We had originally planned to go to Skovorodka. Upon arrival, we spotted a few burly men with gold chains smoking cigarettes who stared us down as we entered the restaurant. There was music playing and people eating inside, but the manager said that they were no longer serving, so we were forced to leave. The restaurant was definitely not closed or even close to closing (it is listed to close at 10 p.m. online and we got there around 8 p.m.).

We looked for an alternative Russian restaurant nearby and found one a few blocks down that aligned with our designated price point ($$). The substitute restaurant, Ocean View Cafe, was the best dining experience out of the three places that I visited. We were greeted by a young Russian waiter. He quickly seated us and took our order. The decor was very homely. The lamb chops that I ordered were simply remarkable. The meat was tender and cooked to perfection. The lamb chops were well marinated and spiced, and the mashed potatoes were perfect. The Russian part of my meal was definitely the gravy. The gravy was an acidic, tomato-like, watery sauce that was a combination of sweet, sour, and spicy. However, I did not think it paired well with the mashed potatoes.

It was Russian Christmas the day before we visited, so the decorations were still up, and it was nice having little snowflakes as decorations that dangled above our heads as we ate. I would rate this restaurant a 9/10. Leo Chen ’22 noted that, “When [the food] first came, it looked underwhelming, but when I took a bite of the pelmeni, I was surprised at how it tasted similar to normal Chinese dumplings. The filling was under seasoned, and it tasted bland. The sauce had a tomato base that was a little acidic, so there was a good contrast there.” Hannah Kim ’22 ordered the chicken soup with perogies. “Though I was a bit hesitant since I have never tried Russian food, it was pretty good! The perogies were very good; they had chicken inside, and it was like the Russian version of fried dumplings but with more flakey batter, which I thought was very interesting. The soup was similar to a broth with some seasoning that had a very unique aroma, which may not cater to everyone’s taste, but overall, I would definitely recommend [it].”

Mari Vanna, a fancy spot in Gramercy Park in Manhattan, was the final restaurant that I visited. Parking was not as difficult as I expected, and the restaurant is a short walking distance from the 6 and F trains. The restaurant is named after a mythical woman named Mari Vanna who, in legends, welcomed diners into her home. Those who came often were given a key of their own to eat traditional Russian cuisine whenever they wanted. With the context in mind, I do not think Mari Vanna lived up to it. The decor was quite luxurious and simulated a Tsarist Russian atmosphere  rather than a homely Russian household vibe. However, I liked the unique decor of the restaurant.

The presentation of the food was outstanding, but the food itself was mediocre. The potato draniki reminded me of scallion pancakes that you can get for a dime a dozen at your local Chinese supermarket. The guacamole and spinach did pair very well with the scallion pancakes, along with the bacon, but it was definitely not worth $26 for three palm sized pieces. The beef stroganoff was simply unbearable. The sauce was too creamy, and although the buckwheat was somewhat adequate, there was nothing to pair it with, aside from the overpowering sauce. The meat was definitely of exceptional quality, but I believe the sauce ruined it. The duck was not terrible, but not memorable, either.

The sweet cranberry sauce for the duck was definitely the highlight. It was hot, freshly-made, and the sweetness paired very well with the otherwise flavorless duck. Overall, Mari Vanna did not suit its price point (if anyone wants to go, you are paying for the nice decor and presentation, not the quality of the food). I would rate it a 2/10. Catherine Liu ’22 from Mineola High School said, “There was a TV encased in wood that was showing Russian cartoons. The tables had beautifully made tablecloths, and there were Russian dolls as decoration all around us. The service was really nice. The first appetizer dish we had was very good. The duck that I ordered would have been better if they had switched out the cranberry sauce for something else, made the mashed potato with less butter and skinned off some of the fatty parts of the duck.”

Overall, trying out Russian food at three different price points in New York City was definitely a fun experience, albeit not the most tasty one. Even Russians, including Mr. Fomin, a Bronx Science Calculus teacher, often describe their own cuisine as bland. However, I did not find that to be true. Although Russian food was not entirely suited to my tastebuds, readers should go out of their comfort zones and try new foods that they have never tried before.
There is an old Russian proverb, “Борода не делает философом,” which translates as “A beard does not make a philosopher.”