With the recent release of 'Tick, Tick…Boom!' and 'Spider-Man: No Way Home,' the latest installment in the Marvel Cinematic Universe movies, fans worldwide can all agree that Andrew Garfield’s Spider-Man is far from the only amazing thing about him. 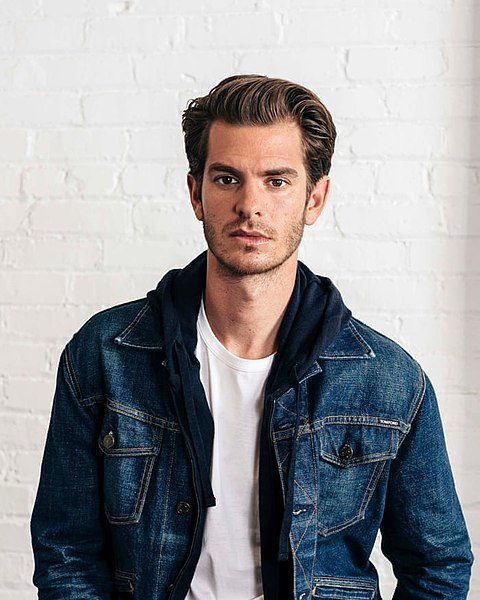 Marian Caballo ’22 believes that a combination of nostalgia and social media are responsible for Andrew Garfield’s rising popularity. She said, “TikTok hypes new actors up every other month, and there's just been so much anticipation for 'Spider-Man: No Way Home' that it makes total sense. And it's deserved, in my opinion.”

Andrew Garfield, an actor most well-known for his portrayal of Marvel’s beloved superhero Spider-Man in the Amazing Spider-Man movie series, has been gaining new fans with the release of his recent works, Tick, Tick…Boom! and Spider-Man: No Way Home.

The 38-year-old British-American actor got his start participating in youth theater productions when he was young. At 19, he enrolled at the Royal Central School of Speech and Drama, where he pursued an education in theater studies for three years before beginning his acting career.

To the surprise of many, Garfield has not always been the typical movie star we see today: he actually began his career as a stage actor in 2004, participating in works such as the Manchester’s Royal Exchange Theatre’s production of Kes, for which he won the Manchester Evening News Theatre Award for Best Newcomer. Garfield made his television debut in 2005, acting in small British television shows such as Sugar Rush.

From there, Garfield went on to appear in two episodes of the BBC’s Doctor Who in October of 2007. His role in the show, although minor, garnered widespread attention. Garfield made his American film debut in November of 2007, just a month later, acting alongside Tom Cruise and Meryl Streep in Lions for Lambs. Garfield participated in multiple other films before starring as Eduardo Saverin in what is often hailed as the beginning of his rise as an actor: the 2010 film, The Social Network.

The Social Network, a biographical drama film, stars Jesse Eisenberg and Andrew Garfield as Mark Zuckerberg and Eduardo Saverin as they develop the popular international social network Facebook. Garfield’s performance in the film was extensively praised, earning the actor widespread recognition and nominations such as a Golden Globe nomination for Best Performance in a Supporting Role and BAFTA nominations for Best Actor in a Supporting Role and Rising Star.

The works that arguably define his career, however, are The Amazing Spider-Man 1 and 2, released in 2012 and 2014 respectively. Garfield plays the title character, Spider-Man, alongside Emma Stone, who plays his love interest, Gwen Stacy. Garfield’s Spider-Man came a little over a decade after the initial release of a Spider-Man movie series starring actor Tobey Maguire, which was well-received for its authentic portrayal of Peter Parker’s wit and humor.

The Amazing Spider-Man 1 earned a total of $758 million USD in the box office, while The Amazing Spider-Man 2 made nearly the same profit with a total of $709 million USD. However, the third movie in the series, initially intended for a 2016 release, was canceled with no explanation. Many speculated that the cancellation may have occurred due to the mixed reviews of the sequel, with many critics and viewers responding negatively to the plot and portrayal of Spider-Man. Others believed that Sony, the movie’s production studio, decided to cancel because the movie failed to perform as financially well as they had hoped. The infamous 2014 Sony Pictures hack also revealed tensions between the studio executives and Garfield after the actor was notably absent at the major promotional event where the movie was intended to be announced. With all of these factors at play, The Amazing Spider-Man 3, unfortunately, went unreleased, and, with the 2017 production of a new Spider-Man film series starring Tom Holland, Andrew Garfield’s Spider-Man became known as the most poorly-written rendition of the beloved hero.

Despite the unfavorable fate of Garfield’s Spider-Man, for many younger fans, the movies served as an introduction to the actor. “I watched both Spider-Man iterations growing up, and I personally loved Garfield himself in the role of Spider-Man,” said Marian Caballo ’22. “Even though the movies have a lot of problems, I think his take on the character is great and really charismatic, especially his chemistry with Emma Stone.”

Garfield somewhat recovered from the harsh reception of The Amazing Spider-Man 2 as he jumped back into acting in 2016, earning critical acclaim starring as Desmond Doss in Mel Gibson’s war film Hacksaw Ridge. The movie earned $175.3 million worldwide and Garfield received a nomination for the Academy Award for Best Actor for the movie and his skilled portrayal of Doss with depth and emotional accuracy.

Although Garfield continued acting after this role, none of his works truly took off, especially among younger fans. This, combined with the nature of his roles during this period, led him to an unfortunate period of lesser popularity. However, Garfield’s name and reputation were revived with fervor at the end of 2021, with the release of Tick, Tick…Boom! and the highly anticipated Spider-Man: No Way Home.

The film adaptation of Tick, Tick…Boom!, produced by Lin Manuel Miranda, stars Garfield as Jonathan Larson, the composer behind critically acclaimed musicals such as Rent. The film is an autobiographical musical that tells Larson’s story as he struggles to cope with his status as an aspiring artist in New York City, feeling both internal and external pressures to either succeed or abandon his dreams.

Garfield underwent vocal training in order to prepare for the role, learning how to sing specifically in order to properly portray Larson. Garfield’s commitment to his roles and overall charisma are an extremely large part of his appeal for fans. “He is very talented, well-spoken, and seems like a great person,” said Caballo. “I think it is so cool that he learned to sing in just a year for Tick, Tick…Boom! He’s going to do well during the upcoming awards season.”

Garfield was commended for his performance and received the Golden Globe Award for Best Actor in a Motion Picture Musical or Comedy for his work.

Released just a month later in December of 2021 was Spider-Man: No Way Home, the latest installment in the Marvel Cinematic Universe’s Spider-Man film series. The film, starring Tom Holland as Spider-Man, has been theorized since its announcement to be the introduction of a multiverse in which Holland’s Spider-Man collaborates with those that came before him – Tobey Maguire and Garfield’s Spider-Mans – in a confrontation of old villains. The rumors, although adamantly denied by Garfield throughout the months leading up to the film’s release, were ultimately true. Both Maguire and Garfield appeared in the movie as supporting characters, alongside reprised villain roles by actors such as William Dafoe and Alfred Molina.

“He was amazing (living up to the name of Spider-Man). Honestly, I was hyped when I saw him, thinking, ‘Yes, all the Spider-Men are together!,’” said Naomi Liu ’22. “Also, I enjoyed his little redemption when he saved M.J. [Tom Holland’s love interest, the equivalent of Garfield’s Gwen Stacy], and honestly, the look on his face afterward broke my heart a little.”

Following the film’s release, Garfield became a trending topic on Instagram, Twitter, and Tik Tok as fans discussed his role in the movie and speculated about the future of his role as the superhero. Although the actor is not active on social media, he has enthralled both musical and superhero fans, with the hashtag “#andrewgarfield” amassing 12.3 billion views on Tik Tok and over 921 thousand posts on Instagram.

Aaminah Bukhari ’23 believes that Garfield’s rapidly improving reputation is more than deserved. “People are actually seeing how great of an actor he is. He is so underrated. I’m glad he’s getting the attention that he deserves,” she said.

This new interest in Garfield’s career has sparked major speculations over his future projects and potential, as well as many award nomination projections in the upcoming award season. Regardless of what the nature of his upcoming projects may be, it’s safe to say that millions of fans everywhere will be tuning in.
“He [Garfield] is very talented, well-spoken, and seems like a great person. I think it is so cool that he learned to sing in just a year for ‘Tick, Tick…Boom!’ He’s going to do well the upcoming awards season,” said Marian Caballo ’22.