Walt Disney’s animated movies and his theme parks are beloved by children and adults all over the world. A new exhibit explores Disney's interest in European art (especially from the Baroque period), which he used as inspiration in his films and theme parks, 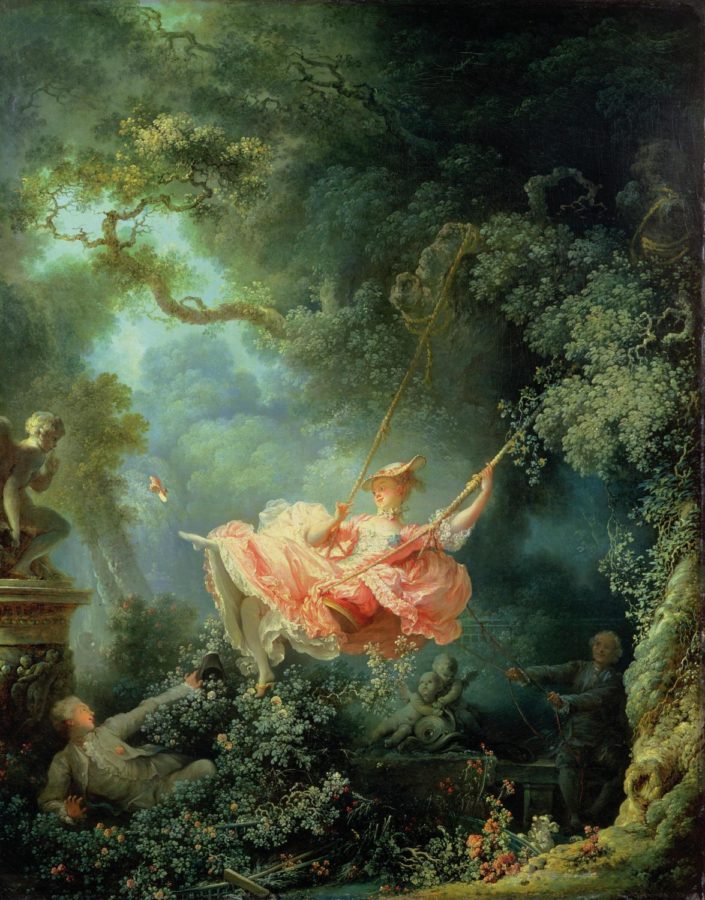 Jean-Honoré Fragonard’s oil painting on canvas, ‘The Swing’, was created in 1767 during the Rococo period. It is considered to be one of the masterpieces from this period and the staple inspiration for many of Disney’s animated films including ‘Beauty and the Beast’. Photo Credit: Wikimedia Commons / The work of art depicted in this image and the reproduction thereof are in the public domain worldwide. The reproduction is part of a collection of reproductions compiled by The Yorck Project. The compilation copyright is held by Zenodot Verlagsgesellschaft mbH and licensed under the GNU Free Documentation License.

Walt Disney’s magic-filled world takes center stage for most children. They watch in amazement as the animated characters dance and sing around their made-up, bucolic, charming towns. But what was this world based upon? Where does the architectural inspiration come from?

The Metropolitan Museum of Art is holding an exhibit currently on view until March 6th, 2022, entitled ‘Inspiring Walt Disney: The Animation of French Decorative Arts,’ along with an exhibition catalog published in November 2021 by Wolf Burchard, an art historian. In his introduction, Burchard writes that Walt Disney’s fascination with European culture, particularly French art and literature, is what inspired his films.

Rococo art comes from King Louis XIV, who designed the opulent Palace of Versailles. The style’s distinctive characteristics include its extravagant features, lightness, and elegance. Bronx Science’s AP French teacher Mr. Walter Giorgis-Blessent said, “Rococo is particularly admired for its light-hearted style, ornamental flourishes, use of pastel colors, amorous themes, pastoral scenes with shepherds and shepherdesses, playful cherubs and statues, and light approach to life.” The artists of this style elaborate ornamentation and asymmetrical values using pastel colors and curved lines. Famous French artists such as Jean-Honoré Fragonard, who painted ‘The Swing,’ or François Boucher, who painted ‘The Triumph of Venus,’ exemplify Rococo techniques. However, Disney drew inspiration from more than just French Rococo architecture and design. He also focused on the themes of love and romance, while giving it a more youthful and childlike portrayal. The themes of the Rococo-styled artwork include love, classical myths, youth, and playfulness. These themes are all essential to a typical Disney movie.

Beyond the French Rococo style, Disney also looked to the invention of hard-paste porcelain at Meissen, Germany in 1709 as some of his earliest inspirations. With his very first short films such as ‘The Clock Store (1931)’ and ‘The China Shop (1934),’ Disney laid out drawings of porcelain figurines that were later animated. This idea of inanimate objects coming to life played a large role in some of his bigger films such as ‘Beauty and the Beast.’

The exhibit displays Disney’s influences using some of his most famous princess movies as examples, the first being ‘Cinderella.’ Though there were movies that came before, such as ‘Snow White,’ ‘Cinderell’a was the true breakout film for Disney. Mary Blair, a well-regarded colorist for Disney studios in April 1940, helped to create the artistic vision and feel for the animations of the 1940s and ‘50s. She designed the scenes and characters for the Cinderella movie: Cinderella arriving to the ball, the stepsisters, and the king and queen. In addition to Cinderella, Snow White, or rather the evil queen, made an appearance as a possible product of inspiration drawn from the Statue of Uta von Ballenstedt, Margravine of Meissen, at Germany’s Naumburg Cathedral.

However, the two most prominent figures of the exhibit were the films ‘Sleeping Beauty’ and ‘Beauty and the Beast’ (taking center stage). While walking through the exhibit, one travels  from story to story, from one historical period to the next. While wandering into Aurora’s section of the exhibit, the period of Medieval Romance begins. ‘Sleeping Beauty’ was based on a story by the French author, Charles Perrault, who was an influential literary figure at the court of Louis XIV. The Château d’Ussé in the Loire Valley is credited as the inspiration for the tale of the cursed princess. Disney looked to Medieval art as a source of influence for ‘Sleeping Beauty,’ such as ‘The Unicorn Purifies Water (from the Unicorn Tapestries).’ Much of the costume design for the characters and the interior design of the castle was based on the work of the later Middle Ages, such as the Limbourg Brothers’ books of hours, ‘Les Tres Riches Heures du duc de Berry.’ ‘Sleeping Beauty,’ like many other Disney movies, was also heavily influenced by Renaissance and Rococo art.

One of Disney’s more unique and popular movies, ‘Beauty and the Beast,’ attracted much attention due to its heavy use of the animation of inanimate objects. Mr. Blessent said, “In Disney’s ‘Beauty and the Beast,’ the interiors of the Beast’s castle are inspired by the Rococo, for instance, with the ballroom.” The initial pitch for the movie was based on the visual intention of recreating the emotions of ‘The Swing’ by Jean Honoré Fragonard. In the scene in which the Beast is getting ready for his dance with Belle, he is styled in a multitude of comedic getups that are symbolic of eighteenth century Rococo French style.

Disney designed and executed movies that brought viewers back to various monumental time periods in European history, in regards to art and culture. This major influence set the feel for his early movie designs, and years later, we continue to see new Disney movies being produced with that same style.

The ‘Inspiring Walt Disney’ exhibit at the Metropolitan Museum of Art (located at 1000 Fifth Avenue at 82nd Street in Manhattan’s Upper East Side) aims to bring the Disney characters and their stories into historical context. By doing so, each viewer can step into the animated world of Disney and more readily relate it to their own. For all who are New York City residents (including all Bronx Science students), entry to the museum is free. This is an opportunity for Disney enthusiasts, history fanatics, and art lovers to come and see the worlds collide through this brilliantly executed exhibit that is on view through March 6th 2022.
“In Disney’s ‘Beauty and the Beast,’ the interiors of the Beast’s castle are inspired by the Rococo, for instance, with the ballroom,” said Mr. Giorgis-Blessent, Bronx Science French teacher.