With the advent of the internet, a growing number of authors are turning to independent publishing houses in order to put out their work, and in some cases, they are publishing it by themselves. 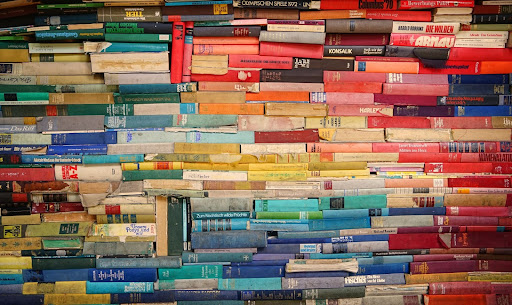 A photo depicts a variety of paperback books.

In 1436, the Gutenberg Press took the world by storm. Created by Johannes Gutenberg, an exile from Germany, it revolutionized literature, making books more easily accessible. Literacy rates increased, and book sales skyrocketed. What was once a luxury for the elite was now accessible to the masses, and they intended to keep it that way.

Now, almost 585 years later, a similar movement has started to rise among authors. During the past five years, a large number of authors have turned to self-publishing their works online or with independent publishing houses, ignoring traditional publishing houses entirely.

If you’re unfamiliar with the world of publishing, there are various methods of publishing available to authors. The most common method is through a traditional publishing house, in which case an author sends their manuscript to a publishing agent and awaits approval. There are five major publishing houses in America— Simon and Schuster, Hachette, Harper Collins, Macmillan, and Penguin Random House. These publishers release books under imprints, the brand name for the specific groups of works. Some of these imprints include Tor publishing, an imprint of both Tom Doherty Associates and MacMillian publishing, as well as WorthyKids/Ideals, an imprint purchased by Hachette in 2018.

However, authors still stand to lose a good amount of money in independent publishing, especially if it turns out that their book wasn’t as successful as they hoped it would be. While they can partner with self-publishing distribution services to get their works on shelves, there’s really no guarantee that anyone will pick up their work unless they have an amazing marketing technique. In this regard, traditional publishing is a much safer choice because it offers authors a promotional team to ensure better public reception.

This risk doubles in self-publishing, in which case the author is responsible for each stage of the publishing process. Do you want to edit your book? Either hire an editor or do it yourself. Do you want cover art for your book that doesn’t consist of a terribly edited photo in Photoshop? Take out that wallet, and hire a professional for it. If you want your book to be as successful as it can possibly be, you’re going to need to invest a lot of time and money into promoting and marketing it.

Despite all of these hurdles, many people seem to be opting for independent and self-publishing instead of the hassles that traditional publishing may bring. In a study conducted by the Alliance of Independent Authors, by 2014, digital self-publishing made up more than 30% of all recorded book sales in the United States. This number has been growing steadily in the past few years.

To truly understand why self-publishing has been taking off, it’s important to look at its origins. Before the advent of written literature, stories were passed down orally, culminating in rich and varied traditions. This changed around 3,400 B.C.E., with the Sumerians using cuneiform to transcribe their laws on clay tablets. The earliest known literary author is Enheduanna, a Sumerian priestess who composed 42 hymns to temples across Sumer.

As humanity developed new ways to write, from Ancient Egyptian papyrus to the creation of paper in the Western Han Dynasty, the format of the first ‘book’ was introduced. These books were painstakingly transcribed by hand, as well as using carved wooden blocks to copy and ink pages. Early printed work from the 1450s until 1501 was termed incunabula.

As the printing press gained traction in various countries, two modes of publishing came to fruition: an author could either sell their book to a publisher for a one-time payment, or they could publish the book ‘on commission.’ However, by the early to mid 1900s, these types of publishing merged into the traditional publishing we know today.

Self-publishing was used amongst small subcultures to amplify their messages in magazines and news articles. Online websites such as the Sparrows Archive offer some examples of the work being printed amongst these publishers. These works were usually published in basements, in the houses of grassroots organizers, or in the offices of various political parties. The majority of these publications maintained an “anyone-is-welcome” attitude, which bled into modern-day indie publishing attitudes.

Publishing went through a third transformation with the emergence of the Internet. Suddenly, with the click of a button, authors could publish their work without having to wade through the intensely confusing world of traditional publishing houses. The rise of Lightning Source, a print on demand company founded in 1997, contributed to this shift to digital mediums of publishing, as well as the rise in popularity of ebooks and audiobooks.

Through self-publishing, authors are in control of their work, maintaining full creative integrity from start to finish, and they are entitled to the royalties of their work. Authors no longer needed to play it safe and get published through one of the five major publishing houses; instead, they can take to the internet, turn their work into an ebook, and sell it. With the rise of social media apps, it has become incredibly easy to find and promote indie publications.

Authors, especially indie authors, take to social media, offering sneak-previews of their writing process as well as tidbits from their stories in order to get readers excited. By creating LinkedIn accounts and blogs, indie authors have higher chances of getting noticed by online reading groups, which leads to increased profits and interest in their works.

“I tend to get most of my book recommendations from my friends,” said Saara Ahmed ’25. Because of how far-reaching the internet is, it isn’t hard to connect with a group of readers on any website. Online reading groups where readers can share their thoughts and give book recommendations are common.