The Flavors From South Asia Are Featured in PYO Chai

Does the South Asian Bubble Tea Shop, PYO Chai, which has gained significant fame through social media exposure, live up to its expectations? 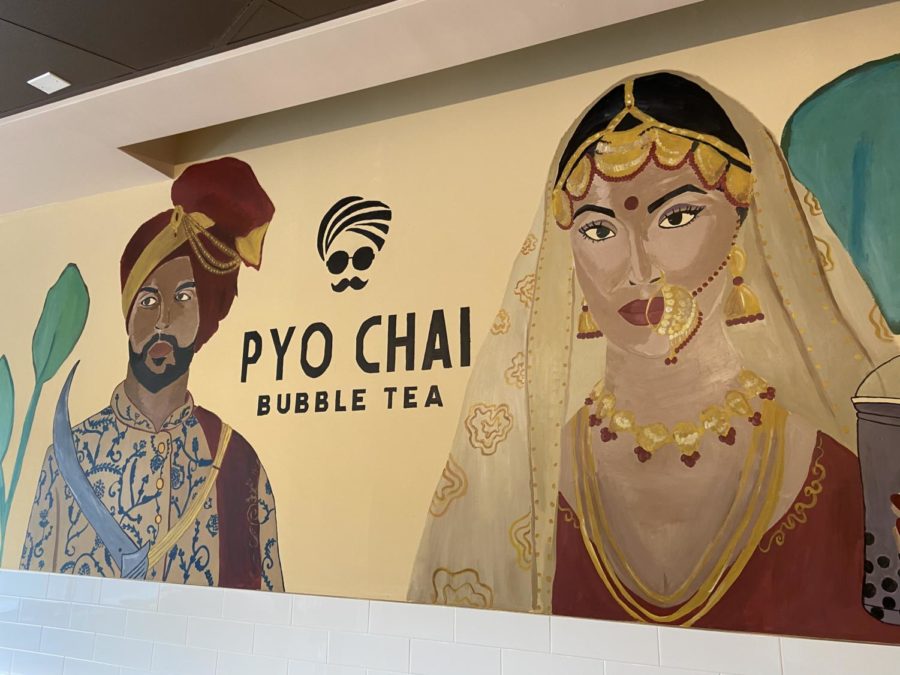 Ever since it opened earlier this year in Stewart Manor, Long Island, the bubble tea shop PYO Chai has been gaining recognition for presenting such a unique fusion of cuisines. Using flavors from South Asia in their bubble tea, the shop creates a new spin on a classic drink originating from Taiwan. As founders Shaheer Khan and Saqib Khan mention on the official website, they thought of the idea for this blend when they asked themselves the question, “How can we bring South Asian aesthetics into the mainstream, while also maintaining cultural nuances?” Using this as their baseline, the shop grew into what we know today as PYO Chai. The term ‘pyo’ translates to the imperative command ‘drink’ in many South Asian languages. Essentially, the name of the shop tells you, the customer, to drink chai (tea).

The store carries flavors such as Rooh Afza, made from mixing essences of various fruits and vegetables, along with rosewater, and it is considered an extremely refreshing drink, regardless of how it is served. At PYO Chai, Rooh Afza is available in both milk and fruit teas. Another menu item, Desi Masala Chai, a black tea mixed with common household spices, adds a unique twist to a drink found in many South Asian homes every day. Bestseller Malai Kulfi Tea is a milk tea served with ‘kulfi,’ a variation of ice cream that originated in the Indian subcontinent, made of evaporated milk and sugar. For those who aren’t looking for something new, though, the menu includes several familiar favorites, such as Brown Sugar Milk Tea, and Thai Milk Tea.

But the question still remains: Is the wait and the trip worth it? Aparna Saha ’22, thinks it is. “Although the line to the store is often long, the wait is worth it. The way that they blend two different cultures by introducing traditional South Asian flavors to bubble tea is such an interesting idea, and it tastes delicious,” Saha said. Many of the other customers agree that the combination of flavors is something that cannot really be found elsewhere.

The store gained immense popularity through the attention it received on social media platforms TikTok and Instagram. Many local NYC food influencers and content creators have covered the shop, showing pictures and videos of the interior, as well as promoting their favorite drinks on the menu. The large mural bearing their name, neon light signs, and various forms of desi art (art originating from India, Pakistan, and Bangladesh) are often featured in these posts. While these are the main attention-grabbers, what is so significant to PYO Chai’s interior is its beautiful mural.

The 20 foot piece of wall art, which displays a South Asian man and woman wearing traditional clothing, with the ‘PYO Chai’ logo in the center, was painted by artist Mohuya Khan. “The mural sketch took a few months to come up with. It was important for us to come up with concepts that represented different skin tones, to have a strong female individual to promote feminism, and to showcase the beautiful aspects of Desi culture,” Khan said.

PYO Chai is part of a new form of South Asian representation. “[The store] makes so many different South Asian things more mainstream. There are some things about South Asian culture that are looked down on in the Americas, but it’s so reaffirming that the narrative is slowly being shifted with just bubble tea,” Khan said. PYO Chai has garnered customers and online attention from people of all backgrounds, not just South Asians. As Khan said, “This is just the first step, and I am so glad that I could be a part of the revolution with the PYO Chai team.” We still have a long way to go, but it is very encouraging to see that a simple fusion bubble tea shop is able to create a bridge between cultures, and spread South Asian culture in a positive way.
“Although the line to the store is often long, the wait is worth it. The way that they blend two different cultures by introducing traditional South Asian flavors to bubble tea is such an interesting idea, and it tastes delicious,” said Aparna Saha ’22.