The Fall of a Different Tower of Babel: A Review of ‘Vincenzo’

The dark Korean comedy/drama ‘Vincenzo’ starring Song Joong Ki as a consigliere for the Italian mafia making dues in his homeland has taken Netflix by storm. 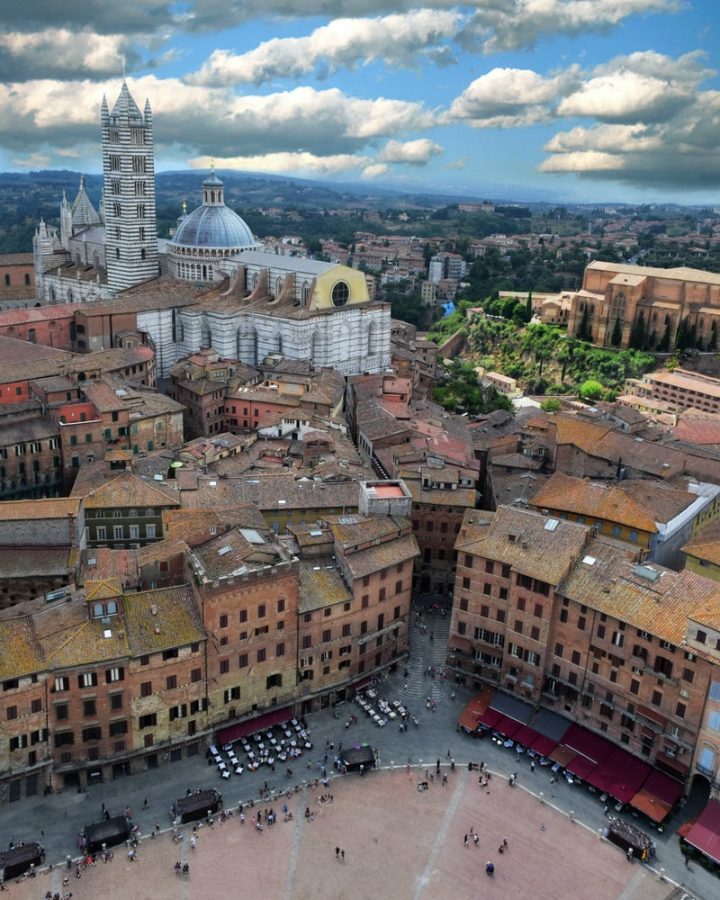 While people may think that the ‘Vincenzo’ cast flew out to Italy to film, the scenes that took place in Italy were actually shot with green screen and CGI effects highly praised for their realism.

In the painting The Fall of the Tower of Babel by Dutch painter Cornelis Anthonisz, God sends down sweeping winds in a violent storm, destroying the Tower of Babel and causing people to run for their lives in order to avoid getting crushed.

While the Biblical story states that the people building the Tower of Babel were scattered all around the world and, due to this division, began to speak different languages, the painting can be interpreted as God punishing them for their greed. This thread of divine punishment against greed is sewn in the main conflict of the Korean drama series Vincenzo.

The dark comedy stars Song Joong Ki as Vincenzo Cassano, a man who became a consigliere for the Italian mafia after having been adopted. Because of conflicts brewing between warring mafia groups, Vincenzo returns to his homeland, Korea. There, he meets lawyer Hong Cha Young, (played by Jeon Yeo Been), and the two work together to fight against the corrupt conglomerate Babel.

“I think it gained a lot of attention because it was the first show that Song Joong Ki did in a while. People usually start a drama because of an actor, and if they like it, they stick with the drama,” Sharon Gim ’21 said. Having starred in acclaimed dramas such as Descendants of the Sun and Arthdal Chronicles, Song’s role as the elegant consigliere was highly anticipated. Within this role, Song makes use of micro-expressions in order to signal Vincenzo’s emotions, which pull through to tell the story of a complicated antihero contemplating his morality from past experiences.

Meanwhile, Hong Cha Young, as a character alongside Vincenzo, has certain theatrics about her that could have been annoyingly and unnecessarily played up to enhance the show’s sense of humor. Instead, Jeon Yeo Been plays Cha Young with subtle nuance, allowing the audience to witness her character develop amidst her flaws and become more resilient.

A common issue that screenwriters and audiences run into when attempting to portray a strong female character such as Cha Young is that they tend to wind up only being there to support the male character’s arc. However, Vincenzo’s screenwriter, Park Jae Bum, does a great job of making sure she has her own ambitions she wants to explore and achieve as Vincenzo’s respected equal. Cha Young is a character who really gets to express herself and is not unnecessarily masculinized in the name of strength.

Her story actually begins as a lawyer working at a major law firm alongside her goofy intern, Jang Jun Woo. Jun Woo is played by Ok Taecyeon, a member of the K-pop group 2PM as well as an actor who has starred in dramas such as the thriller Save Me and the romantic comedy Bring it On, Ghost!. Despite the fact that there are several dimensions to Jun Woo’s character, Taecyeon pulls off this role with incredible finesse.

The story of Vincenzo is one filled with captivating complexity and unparalleled intensity. “If in the first act you have hung a pistol on the wall, then in the following one it should be fired. Otherwise don’t put it there,” playwright Anton Chekov once said. While the drama may deal with plenty of literal guns in its frenzied yet calculated action scenes, it also heavily follows the dramatic principle of Chekhov’s Gun.

“There are clever things that come into play at the right time, genuinely written in a distinguishable yet understandable way,” Angelina Chen ’24 said.

Any reference to art or literature in the series is not made just for the sake of coming off as cultured. In the way that it is written, the show flows like a novel with the literary devices implemented, leaving a lot of room for the audience to theorize and interpret — a key part of any TV watching experience.

Many shows today tend to contain nonsensical plot twists that appear out of the blue for the sake of stirring the pot. Instead of leaving the audience in awe, however, these shows end up confusing the audience with a convoluted and messy storyline. Vincenzo, however, does not leave the watcher feeling bamboozled with contrived plot twists that are only there to prevent the audience from feeling like the plot was too predictable. While the directions that the show takes do get complicated, the script stays grounded in logic.

A question asked throughout is whether the ends necessarily justify the means. It is a similar question to what the dystopian thriller Alice in Borderland asks, yet it is refreshing to watch Vincenzo Cassano outsmart his enemies in a way that is not only entertaining but also viable. The losses encountered are what make the wins so much more fruitful, and Vincenzo does not shy away from having its characters go through painful ones.

The show is also very grounded and realistic in terms of depicting the morality of each character. There is never a simpering sob story that attempts to redeem the villains who attempt to achieve their selfish and corrupt goals.

Vincenzo Cassano as a protagonist and antihero is not redeemed in the conventionally righteous sense either, and there is a clear effort made to not heavily romanticize his ruthless behavior as a member of the mafia. The internal conflict that Vincenzo faces in regards to his cultural background is another notable aspect of the series. Throughout the show, the consigliere struggles in dealing with his identity as a Korean man accustomed to Italian culture — which is something that many people can relate to. This struggle portrays him in a more vulnerable and authentic light, which not only adds nuance to his character but also allows the audience to somewhat empathize with Vincenzo.

With its many intertwining details, Vincenzo  does a mostly great job in balancing subtle comedy and action. However, the drama does have moments where it fumbles in its pacing, especially during the last couple of episodes. This issue in pacing mainly stems from how the action peaks a bit too early at times.  Since there is only so much that can be done within the storyline, certain scenes came off a bit too slow or rushed.

Nevertheless, these slight pacing issues do not completely detract from what is otherwise a show into which a lot of effort was clearly put. By discussing universal topics such as justice versus corruption, the series is especially in tune with today’s audiences living in a tense, yet resilient political climate. All in all, Vincenzo tells the story of people finding their strength, for better or worse.

To watch ‘Vincenzo’ on Netflix (subscription required), click HERE.
“I think it gained a lot of attention because it was the first show that Song Joong Ki did in a while. People usually start a drama because of an actor, and if they like it, they stick with the drama,” Sharon Gim ’21 said. Having starred in acclaimed dramas such as Descendants of the Sun and Arthdal Chronicles, Song’s role as the elegant consigliere was highly anticipated. Within this role, Song makes use of micro-expressions in order to signal Vincenzo’s emotions, which pull through to tell the story of a complicated antihero contemplating his morality from past experiences.