The Greatest Sequel Ever Made: ‘The Godfather: Part II’

How the story of 'The Godfather' was not only continued, but perhaps improved. 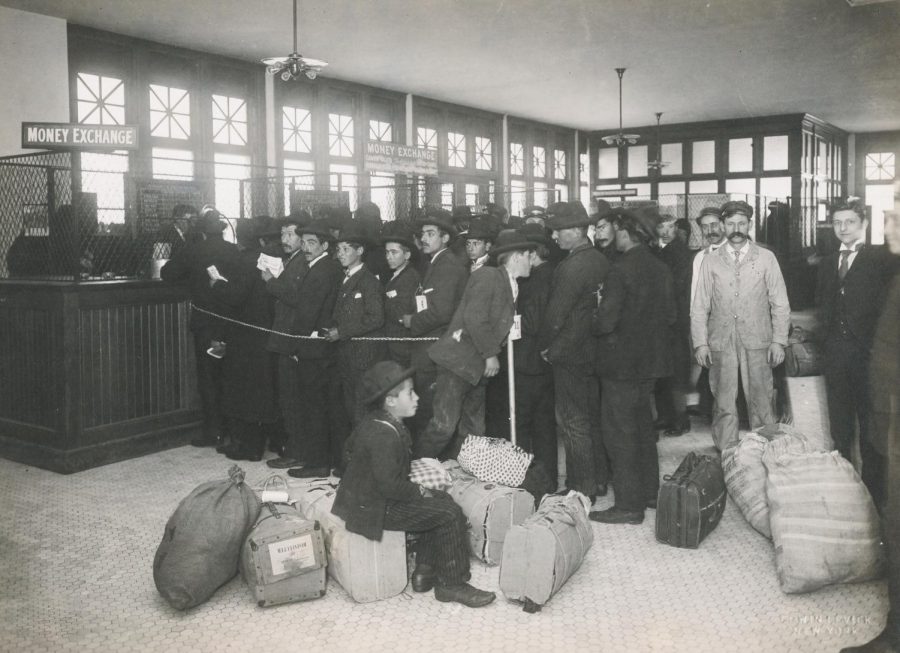 The Godfather: Part II shows the arrival of a young Vito Andolini at Ellis Island in 1901, where he received the name Vito Corleone.

Released only two years after its 1972 predecessor, The Godfather: Part II, directed by Francis Ford Coppola, stands the test of time as one of the greatest sequels ever made. It has become shorthand in popular culture for a perfect sequel, and is considered by many to be even better than its predecessor. My previous article took a look at the first film in the series, so I recommend that you read that article HERE, before you read this one. I should warn you that both of these articles contain spoilers regarding each film.

As I mentioned in my previous article, the first Godfather film received 11 Oscar nominations initially, but this was reduced to 10 because of a controversy regarding Nino Rota’s score. The Godfather: Part II received 11 nominations, beating its predecessor by one, and it won six of those awards, compared to three for The Godfather. The response from critics and audiences was similar: it may have seemed impossible to follow up one of the greatest films of all time in only two years, but the crew of The Godfather: Part II pulled it off in spectacular fashion. Of course, that means that the sequel is also considered one of the greatest films of all time.

The Godfather: Part II tells a few stories. It begins in the early 20th century, shining light onto the early life of Vito Andolini in Corleone, Sicily, who is renamed to Vito Corleone at Ellis Island. This is the same character as portrayed by Marlon Brando in the first film. The film goes back and forth between the story of Vito and the story of Michael Corleone, still played by Al Pacino.

The first movie sees Michael go from the most innocent member of the family to the man who could do what had to be done to protect the interests of the Corleone crime family. The Godfather: Part II continues his moral arc as he essentially loses his soul and succumbs to complete moral corruption.

As in the first Godfather film, the gangsters were sympathetic. They were family men who attended church and were at least somewhat principled. At the same time, they were ruthless criminals, so from the beginning, there was a moral ambiguity surrounding the characters. In this film, that is maintained, but it is far more difficult to cheer for the Don.

In my previous article, I used the scene where Michael tells his brother Fredo (who is characterized as the weak and unintelligent one) never to take sides with anyone against the family to demonstrate his arc in the first film. In the sequel, Fredo betrays younger brother Michael because he is jealous of his power and respect. Michael tells Fredo that he never wants to see him again, and during the finale, has his own brother taken out as punishment for the betrayal that set the plot into motion. Even though Fredo showed remorse and distress for his transgression, and was an excellent uncle to Michael’s children, he had become a traitor, and Michael could not let that go unpunished. The story of Fredo is tragic, and it is inconceivable that the Michael presented at the beginning of the trilogy could act the way he does in Part II.

Michael’s marriage crumbles in this film as well, as Kay grows to resent him and decides to leave him at the end of the film, threatening to bring the kids with her. However, by the end of the film, Michael has secured his power, eliminated his enemies, gotten full custody over his children, and shut Kay out of the family for good. It’s a strategic win, and is reminiscent of the power he holds at the end of the first film. But to get to this point, he has basically given up his soul. At the end of The Godfather, there’s a feeling of success, so the director Francis Ford Coppola makes sure that Michael’s victory in the sequel feels much more rotten.

The Godfather was also notable because it was deeply rooted in the Italian-American experience and set that as the standard for the mafia genre from that point on. That aspect of the theme is brought back and expanded upon in the story of Vito Andolini. He is followed from his departure from Sicily as a very young boy and his arrival at Ellis Island, to his eventual gaining of power and notoriety as an adult in New York City.

An immense amount of care went into making this movie. Dean Tavoularis, the production designer, revealed that they spent six months working on a street in the Lower East Side to make it look like it was 1912. They had to get permission from hundreds of people and businesses. Great attention was paid to historical and artistic detail in completely transforming the street that was not shown for most of the movie. This did not go unnoticed. Dean Tavoularis won the Oscar for Best Production Design for the film.

Production design was not the only thing that was mastered in this film. The acting is impeccable, especially from newcomer to the series Robert de Niro, who won the Oscar for Best Supporting Actor. And this time, Nino Rota’s score was nominated without retraction and won for Best Original Dramatic Score. The screenplay, written again by Mario Puzo and Francis Ford Coppola, who also won Best Director, won the Oscar for Best Screenplay Adapted from Other Material, though it should be noted that while the story of the first Godfather is adapted from the book, the story in the sequel is not from the book. Given all of this, it certainly earned the title and the award it received for Best Picture.
The Godfather: Part II has become shorthand in popular culture for a perfect sequel.