The Emotional Impact of Music

How music shapes the worlds of students at home 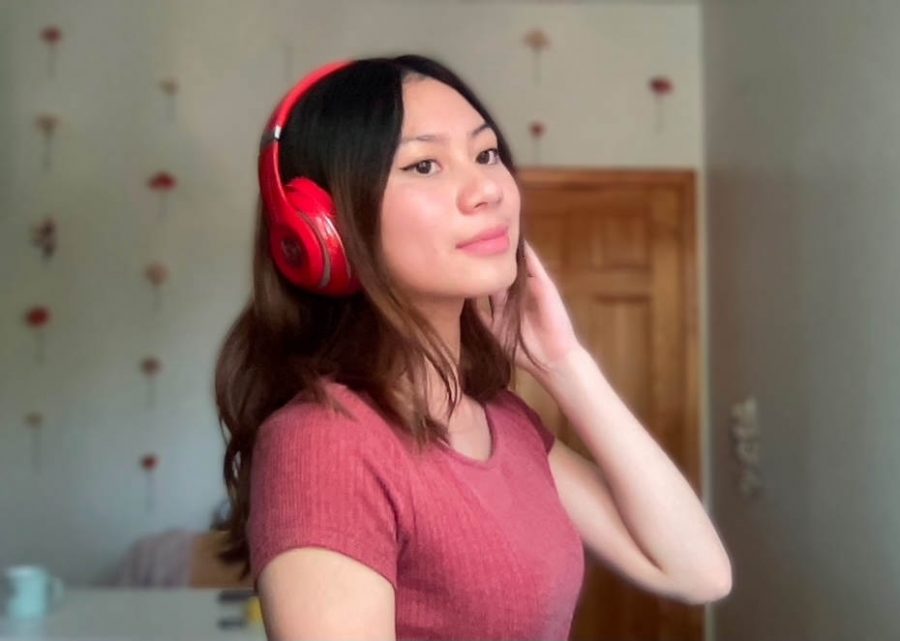 During quarantine, Jaymie Paredes ’21 has been listening to comforting music with her headphones. One comforting song she has been obsessed with is Good Days by SZA. “I think quarantine gets lonely sometimes, but this song really helps me feel a little less lonely during those moments.”

As a creative outlet for many people around the world, music helps people to relax, to energize themselves, to change their mood, and so much more. Over time, due to its popularity among the general community, music has evolved into a multi-billion dollar industry.  The music that we listen to actually shapes our perceptions of the world. But just what exactly is so attractive about music? I spoke to a few Bronx Science students to answer the question, ‘Just why do we listen to music?’

Many students have been feeling nostalgic during the Coronavirus pandemic, wishing to return to pre-pandemic times, which is why so many have started listening to Taylor Swift again. For Generation Z kids, Taylor Swift was an iconic pop artist during our childhood. Whenever we gather with friends to perform karaoke, there will always be a Taylor Swift song queued up. Simrah Billah ’21 has been listening to Taylor Swift’s more recent releases for this reason, specifically ‘Cardigan’ from Swift’s recent album, folklore. During the pandemic, Swift released two new albums entitled folklore and evermore, as well as a remake of her old album Fearless, retitled Fearless (Taylor’s Version).  Noemi Maller ’23 has also been listening to Swift, but for different reasons. “Taylor Swift’s newer stuff made me feel like I was living a life worth writing about, that I could live a life that could be that pretty, and it provided a similar kind of comfort in knowing that any moment could be made beautiful,” said Maller. Swift’s music provides a variety of emotional fulfillment for her listeners and continues to attract new fans throughout the years.

Music fuels various emotions that we may miss due to our lack of interaction with others during the Coronavirus pandemic. For students like Jaymie Paredes ’21, it is the feeling of comfort that she misses the most. Currently, Paredes has attached herself to the songs ‘1950’ by King Princess and ‘Good Days’ by SZA. For Paredes, these songs have been comforting to her during quarantine. “‘Good Days’ makes me feel like I’m being wrapped in a blanket or being hugged. I’m pretty sure it’s supposed to be a comforting song after a breakup, but I think the feeling of comfort when listening to the song is so universal,” said Paredes. This song has helped her to feel less lonely during these isolating times and makes her wish that she could listen to it for the first time again. For others, comfort means freedom and warmth, and for Maller, this comes from the music of The Strokes. “The Strokes’ music, in particular, provides this weird kind of comfort. It makes me feel like it’s summertime, and I’m doing slightly irresponsible stuff, but I’m around people I trust and love, and there’s no one else I’d rather make mistakes with during my teenage years,” said Maller. Although it is difficult to experience this feeling in person, music makes anything possible through imagination and emotion.

The most common reason that students will go to music for is a mood boost. It has been especially difficult for many students to keep a smile on their faces during the pandemic, but the mood-changing abilities of music have made that easier for people. Tiffany Zheng ’21 listens to a variety of hip-hop and R&B artists. “During these times, I listen to A Boogie, Lil Tjay, Giveon, Bad Bunny, Luh Kel, and Coi Leray. I listen to these artists when I’m feeling down. The songs make me feel sad, but then they make me happy,” said Zheng. Another popular genre known to uplift moods is rock. Thibault Kelsohn ’23 has been listening to classic rock bands including Laurie Anderson, Big Science, Bob Dylan, Pink Floyd, Santana, Bad Company, and The Rolling Stones. “Classic Rock makes me feel empowered. And it’s really fun to play air guitar along to the solos and then go actually learn it. It’s inspiring in a way,” said Kelsohn. As a musician himself, Kelsohn derives a different type of joy from music. He is able to physically experience the power of playing through imitating the powerful and creative chords in the songs that he listens to.

Many students have also adopted a habit of listening to music while completing homework. For Megan Yee ’21, some relaxing old favorites, including Mac Miller, Still Woozy, and Peach Pit, are her go-to tunes when working. “I think they’re pretty catchy, and they’re old favorites, so I can listen to them on repeat in the background while completing homework or studying,” said Yee. A common homework genre that many students (including myself) will go to is instrumental music, such as lofi hip-hop and jazz. During quarantine, Deandra Cornelio ’21 began listening to jazz after watching some videos that used a lot of jazz and hip hop. “I really enjoyed that, and now that genre is my companion when I work,” said Cornelio.

From Taylor Swift to Giveon, and the hundreds of other music genres including classic rock and jazz, students have become adept at utilizing music to make up for the emotional experiences that quarantine has made very difficult. Although these emotions could never match up to the real physical experiences, music provides us with just enough to hang on and push through these difficult times.
“‘Good Days’ makes me feel like I’m being wrapped in a blanket or being hugged. I’m pretty sure it’s supposed to be a comforting song after a breakup, but I think the feeling of comfort when listening to the song is so universal,” said Jaymie Paredes ’21.